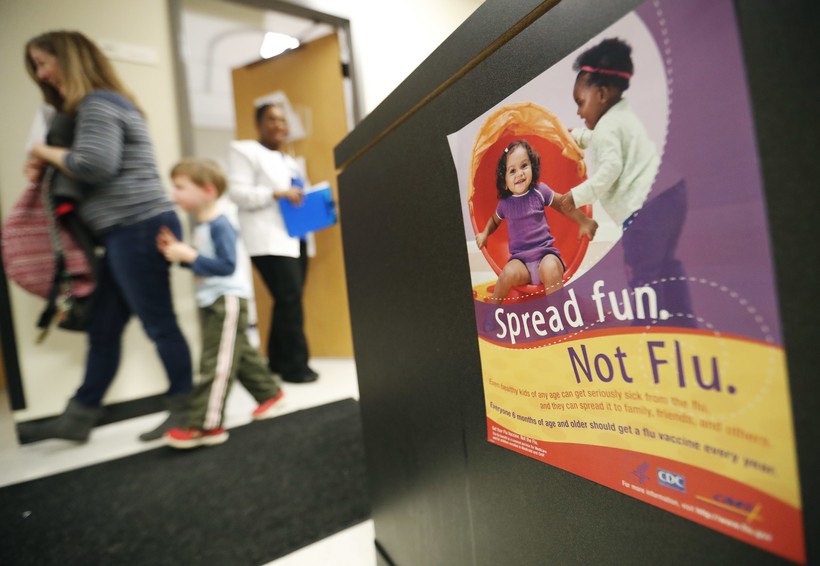 Nationwide, Doctor Visits For Flu This Time Of Year Higher Than They've Been Since 1998
By Shamane Mills
Share:

Packing away the winter clothes usually means people can also forget about the flu. Not this year.

State health officials say seasonal influenza has not peaked yet in Wisconsin and people can expect the illness to hang around through much of April. That’s in part because the season got off to a late start.

"We’ve been watching influenza since October and there was virtually nothing happening in Wisconsin until mid to late February," said Jonathan Temte, a national flu expert and family doctor with UW Health.

The flu hasn’t packed as powerful a punch as last year, but it’s been a lengthy battle that shows no sign of winding down soon.

"This is a very long season, very extended. We really want people not to become complacent. They tend to, at this time of year, think its not the flu. Maybe its just a spring cold, but flu is still going around," said Tom Haupt, influenza surveillance coordinator for the Wisconsin Department of Health Services.

The last time flu peaked this late in the season was 2006, Haupt said.

While the severity of flu has not been as bad as last year, a stronger strain of flu, influenza A/H3, is picking up steam.

As of Monday, Haupt said, there have been 56 fatalities in Wisconsin linked to the seasonal flu. Eleven of those occurred in one week. All the people who died in the week ending March 16 were over age 50.

Nearly 400 people in Wisconsin were hospitalized that week for the flu. Across the U.S., 4.4 percent of doctor visits were for flu-like symptoms. That’s the highest they’ve been for this time of year since the Centers for Disease Control and Prevention began tracking flu prevalence.

UW Health physicians are seeing more patients than usual with flu-like symptoms this time of year but expect that to drop off as the weather gets warmer.

"That usually spells the end to influenza, (when) there’s a little bit more moisture. Also we’re in the middle of spring break right now. (When there is no school) and children are apart from each other, this can slow influenza down. So we have social effects, we have climatic effects," said UW's Temte.

Flu is widespread in 44 states and 26 states, including Wisconsin, have high flu activity, according to the CDC.