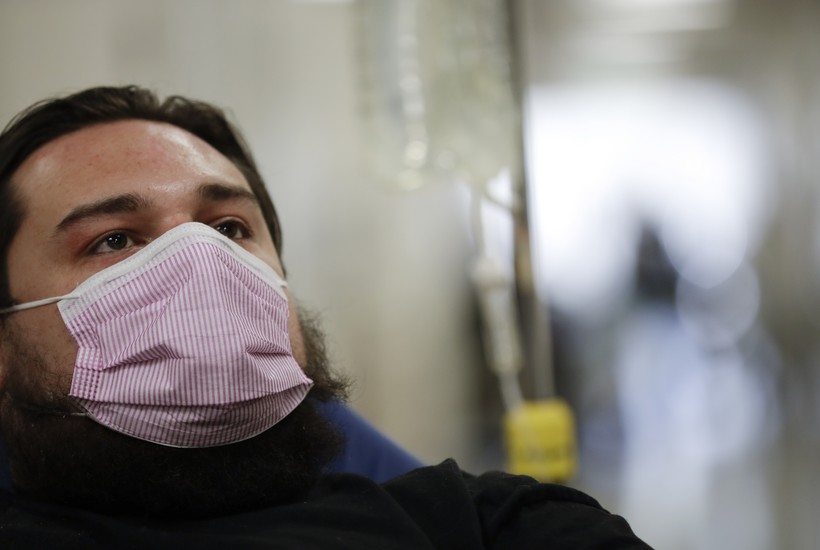 Health officials say flu season never really ends; it just gets better or worse. But it did end — at least briefly — in Wisconsin. Last week there was not a single case of the flu, ending a streak of 99 straight weeks where of at least one incident has been reported to the state since July 2016.

Those who suffered from the flu — and officials who tracked it — can tell you what a harsh, long season it was, lasting four weeks longer than last year. It was also was one of the worst years for the flu in a decade.

Now, state health officials are going over the data and planning ahead for next year.

An early start to the 2017-18 flu season made health officials optimistic it would fizzle out by January, Thomas Haupt, influenza surveillance coordinator for the Wisconsin Department of Health Services, said in a recent presentation to public health officials around the state.

But a strong strain of the flu, H3N2, combined with a vaccine that was only 40 percent effective led to a surge in hospitalizations.

"It was a nasty, nasty year," Haupt told WPR. "We broke records which we are not proud of this year. Our overall hospitalization rate per 100,000 was 125 and we have never been more than 67. And that was in 2014 when we had the mismatch with the vaccine when the vaccine was 19 percent effective," continued Haupt. 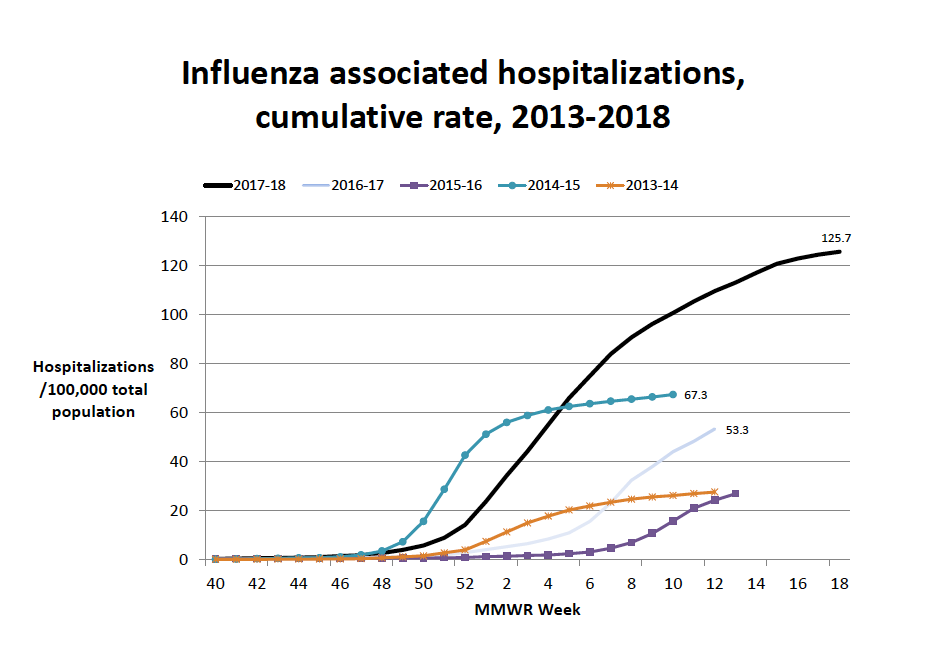 Most flu viruses circulating this season were similar to those in the vaccine but flu activity resembled a mismatched season — when vaccinations are less effective.

"Flu does what flu wants to do and it's constantly changing, it's always one step ahead of us," Haupt said.

Nearly all categories the state uses to track the flu doubled compared to recent years. There were more than 7,500 hospitalizations and 975 people ended up in the intensive care unit during the 2017-18 flu season.

"Not only were more people sick, more people were severely sick," said Haupt. So sick, that some hospitals put limits on visitation.

In his flu recap with other health officials, Haupt described the influenza season as significant, strange and crazy. It was an illness that was hard to escape this year: nearly all states had widespread activity through January. Wisconsin’s flu season peaked in early February when 45 states also had high activity. Haupt said the previous high was 31 states.

To make matters worse, the state had a hard time shaking the flu. There were 17 weeks of widespread flu; on average, flu season lasts 13 weeks.

"If you go back to 2011-2012 we had zero weeks of widespread activity ... that’s the year that influenza literally didn’t happen," said Haupt.

Part of the reason this flu season extended was a rise in the number of influenza B cases after February.

State health officials would like get a jump on next year’s flu season, by trying to get the message out that flu can be dangerous but there are ways to prevent it.

"You know, getting vaccinated is still the way to go and distance yourself from people who are sick," said Haupt.

According to Haupt, there were three pediatric deaths from flu this year. The state does not currently track adult deaths, though state officials are looking at ways to do that in the future.