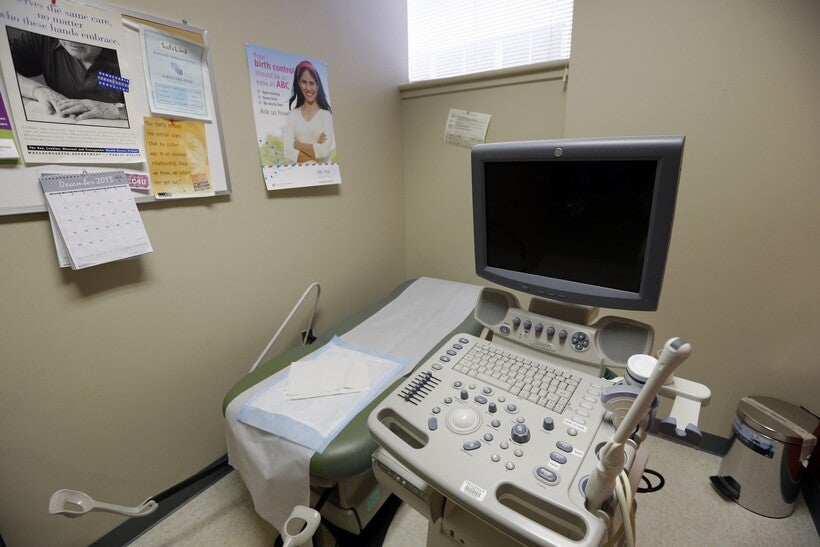 In this Tuesday, Dec. 17, 2013 photo posters line a wall in an ultrasound exam room at a Planned Parenthood location in Boston, Mass. Steven Senne/AP Photo

State data: About 6,400 abortions were performed in Wisconsin in 2020

Wisconsin ratio of abortions to live births about half national rate
By Laurel White
Share:

About 6,400 abortions took place in Wisconsin in 2020, according to a report released this month by the state Department of Health Services. The ratio of abortions to live births in the state that year was about half the national rate in 2019.

The report notes its data is limited to induced abortions performed on Wisconsin residents within state lines reported through the Wisconsin Induced Abortion Reporting System.

Jenny Higgins, a professor and director of the Collaborative for Reproductive Equity at the University of Wisconsin-Madison, says it’s more difficult to get an abortion in Wisconsin than it is in many other states.

"We have gone from a supportive state to a hostile state in a relatively short period of time," she said.

Higgins also cited the state's 24-hour waiting period and requirements for medication abortions as barriers to the procedure, and noted there are only a few abortion clinics in the state, which means many patients have to travel several hours to undergo a surgical abortion.

"There are a variety of restrictions that work synergistically to make it difficult for people to both travel to and afford services," she said.

In 1973, the U.S. Supreme Court ruled in Roe v. Wade that pregnant people have a constitutional right to an abortion within the first two trimesters, when a fetus is unable to survive outside the womb, or about 23 or 24 weeks gestation. Recent reports on a leaked draft opinion from the court indicate that decision may be overturned this year. If that happens, a 173-year-old abortion ban in Wisconsin would go back into effect. Wisconsin Attorney General Josh Kaul has said he will not enforce the ban, though local law enforcement officials could choose to do so.

Since the court's draft opinion was leaked, protests and debates over abortion rights have spread in Wisconsin. The issue is expected to be a high-profile one in the 2022 midterm elections. Many Wisconsin politicians, including candidates for governor and U.S. Senate, have already weighed in.