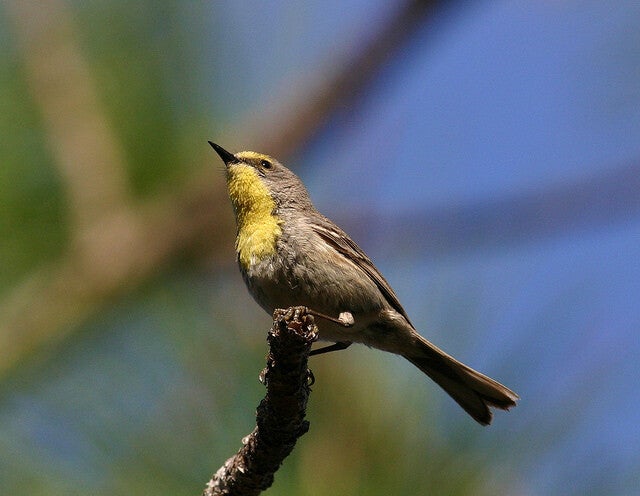 Songbirds Will Soon Begin To Arrive Across The State
By Elizabeth Dohms-Harter
Share:

Spring migration of bird species is already well underway, beginning in mid-to-late February and lasting through May.

The earliest species to arrive back in Wisconsin are the ones who respond to the melting snow — Canada geese, redwing blackbirds, grackles, robins and sandhill cranes are among them, said Bill Volkert, an avid bird-watcher.

Volkert is a retired Wisconsin Department of Natural Resources wildlife educator and naturalist and worked at Horicon Marsh, southwest of Fond du Lac, for 27 years.

"As soon as our snow starts to recede, the uplands become available for feeding areas," Volkert said. "That food in uncovered."

Waterfowl have also begun to arrive in response to ice melt in wetlands and on lakes. Volkert said on a recent visit to Horicon Marsh, he spotted more than a dozen species of ducks, white-fronted geese and Canada geese.

Songbirds will start to arrive soon, Volkert said, including the eastern phoebe and the bluebirds. As temperatures continue to warm and the first insects hatch — generally in mid-April — tree swallows, yellow-rumped warblers, blue-gray gnatcatchers and towhees will begin to dot the landscape.

The big wave arrives in early-to-mid May that brings the orioles, hummingbirds, warblers and flycatchers. 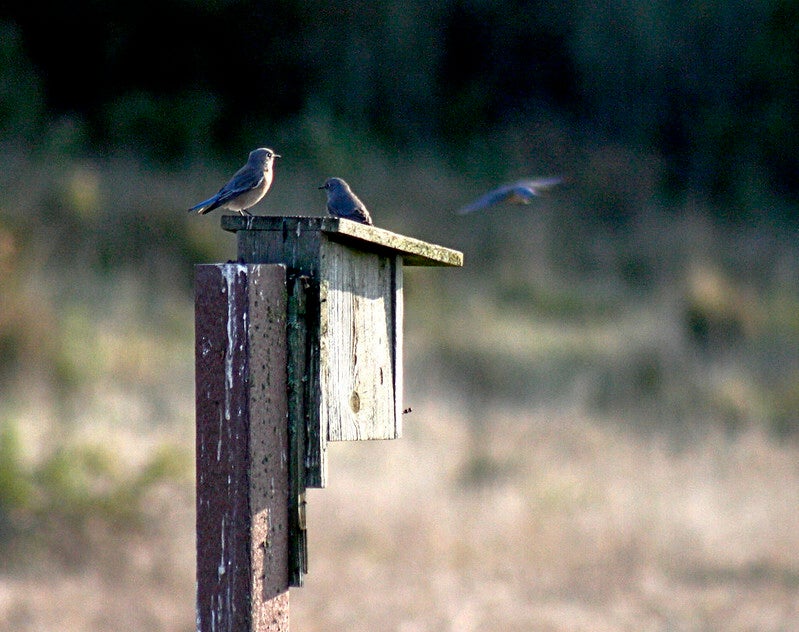 Ways to Attract Birds To Your Yard

Many websites, including the Cornell Lab of Ornithology and the Bluebird Restoration Association of Wisconsin, have instructions for how to build your own bluebird box, as well as information about how to place and monitor the houses. These boxes need to be monitored, Volkert said, to ensure non-native bird species don't take over and force bluebirds and other native species out.

When deciding where to place your boxes, avoid pointing the entrance toward the west. Most of the storms in Wisconsin come from the west, which will drive rain into the boxes and could cause problems for nestlings inside, Volkert said.

Place the box a fair distance from bushes, but Volkert said if you do have trees or shrubs nearby, you could point the opening toward that brush. That way, when the young birds leave the nest, they can safely perch on the shrubs.

Bluebird boxes work well in farmland and pastures but not so well in the woods. You might find that bluebird boxes may be used by a number of other songbird species. And if you're near water, wood duck boxes might be a better option. They can sit on the edge of the water or over the water, though it's easier to install these when the lake is still iced over.

Volkert said birdhouses are substitutes for dead trees, so those with wooded lots could keep some dead trees standing for these species to create their natural nests.

Get The Right Food

Putting out the right food at the right time will help attract the birds you're in search of, Volkert said.

Baltimore orioles will arrive around May 1, depending on how early spring unfolds, so Volkert recommends placing jelly feeders and pieces of oranges to attract them. They'll be more likely to come if there are mature shade trees on which they can build their nests.

If you're wanting to see robins, try putting out mealworms or cut pieces of fruit. You may see them pecking at the ground while it's still frozen, but Volkert said they're adept at finding food sources, even when it's a bit scattered.

Migratory Birds Making Their Way Back To Wisconsin 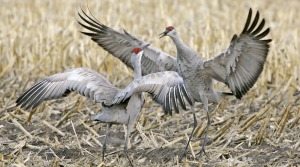 Spring bird migration has begun and some early migrants are beginning to arrive from the south. We’ll discuss what birds you may be able to see in the next few weeks and how to make your yard hospitable to them.