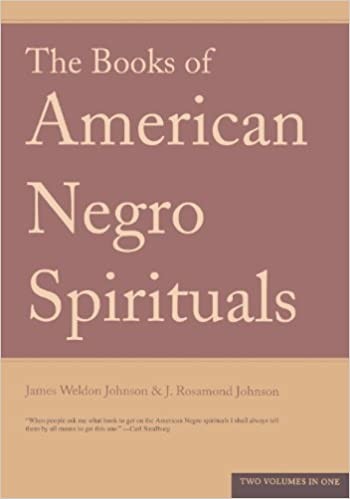 One of the most impressive aspects of the history of spirituals is how a massive group of enslaved people was shackled against their will and inhumanely brutalized.  Then separated from their immediate families, crammed in the belly of ships, were barely clothed, and forced to lay next to strangers during the infamous Middle Passage from Africa to North America. Finally, those fortunate enough to survive the journey were placed on auction blocks and sold like chattel.

In a new but unfamiliar land, these enslaved people were officially placed in bondage and forced to labor until death.  The enslaved women were raped. Their children were forcibly given over to strangers, and the men were emasculated and subjugated to humiliation day and night.

Women, men, and children were stripped of their ancient cultural norms and tribal heritage.  All were driven to embrace the Bible as a means to cleanse them of their evil ways. Relegated to the status of not fully human, this group of people would in time come to form what I believe is North America's second genre of original music despite the reality that these people did not all speak the same language initially.     --JL Overby

"This stirring collection of spirituals, edited by the great poet James Weldon Johnson and arranged for voice and piano by his brother J. Rosamond Johnson, presents 120 of these melodic -- and intensely moving -- religious folk songs for contemporary performance. The original language has been faithfully preserved in this convenient performing edition, so that the spirituals can be sung today exactly as they were more than a hundred years ago. Included in this special, two-volumes-in-one publication are such perennial favorites as Swing Low Sweet Chariot, Deep River, Joshua Fit de Battle of Jericho, and Go Down Moses -- songs handed down from generation to generation in a rich oral tradition, and painstakingly assembled and edited for the enjoyment of future generations. The songs are prefaced by James Weldon Johnson's masterful discussions of their origins, musical quality, and historical significance. Above all, he stresses the essential dignity of the spirituals."  Da Capo Press; Revised edition (December 3, 2002)