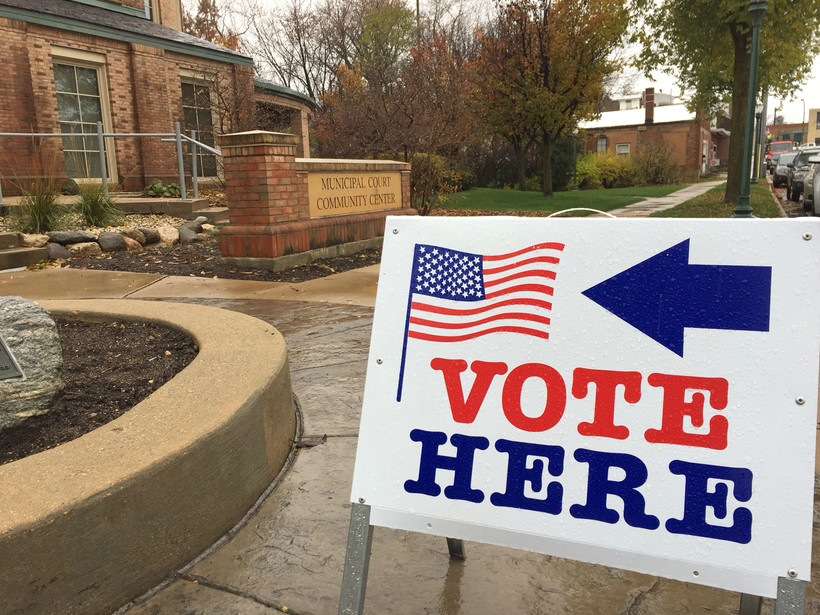 Evers Says Election Will Be Held In April Or May
By Rob Mentzer and The Associated Press
Share:

A planned special election in northern Wisconsin's 7th Congressional District will be pushed back by several months, which means more uncertainty as both parties jockey for advantages in a closely watched race.

Gov. Tony Evers said on Tuesday that a conflict between state and federal election law requires him to change the dates for both the primary and general elections. The election is to replace Republican U.S. Rep. Sean Duffy, who resigned last week. Last month, Evers set the special election on Jan. 27, with a primary on Dec. 30.

However, Evers spokeswoman Melissa Baldauff said on Tuesday that state and federal law conflict with each other, which made it an "impossible situation" to set the primary date. She said the governor is in consultation with both the state and federal Justice Departments to set the new date. She said the general election is now likely to be in April or May instead of January.

The new timeline means candidates will have more time to campaign, but it also means they'll be competing for attention with Democratic presidential contenders and state Supreme Court candidates in spring elections.

Special elections typically have lower voter turnout than regularly scheduled elections. But mostly, they still track the outcomes of any other election, said Charles Franklin, a professor of law and public policy who directs the Marquette Law School Poll.

"Low-turnout races only rarely result in shocking upsets," Franklin said. "Low-turnout elections usually are not too different than what you’d expect in a district — just with fewer voters."

The heavily Republican-leaning district, in other words, is most likely to go to a GOP candidate no matter when the election is held.

But the lengthened timeline will give candidates more time to ramp up their campaigns and more time to raise and spend more money, said political scientist Eric Giordano, who directs the Wisconsin Institute for Public Policy and Service.

The political fortunes of President Donald Trump will loom large, he said.

"It could be that some people see this (election) as a statement on the reliability and the worthiness of Donald Trump, and if so that could bring more people out," Giordano said.

The reason for the change is a federal law, expanded in 2009, that requires 45 days for overseas and military voters to send in their ballots. This is the first federal special election in Wisconsin since the requirement went into effect.

Political scientist Saemyi Parkm of the University of Wisconsin-Stevens Point said she expects all the attention around next year’s presidential primaries, the state Supreme Court race and potentially, the politics of an ongoing impeachment inquiry to drive voters' interest in the 7th Congressional District special election, too.

"Wisconsin has become kind of the spot that national-level politicians and media pay attention to as a litmus test for guessing the 2020 presidential election," she said, "so turnout would be higher than normal" for a special election.