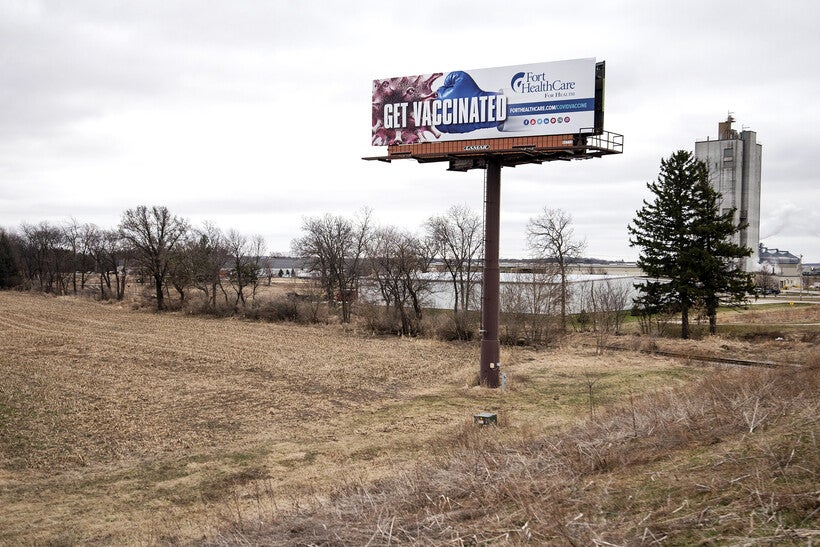 Some Are Hesitant To Get The COVID-19 Vaccine. Health Officials Hope Education Can Be Persuasive.

As the state begins to roll out a public education campaign to get more people vaccinated against COVID-19, it is approaching a turning point in the pandemic where supply could soon outstrip demand.

Until now, Wisconsin has had just the opposite problem.

Demand has been high, and after three and a half months, Wisconsin topped the 1 million mark for those fully vaccinated. However, supply was sometimes uncertain and health officials repeatedly urged people who wanted a shot to be patient.

That eagerness to be immunized could change as vaccinations are available to more and more people.

State and federal health officials are hoping most people will want the COVID-19 vaccine, but they know some won’t. That could determine whether Wisconsin and the rest of the world, for that matter, is able to end the pandemic.

"I think it’s going to be a little bit harder once we get over 50 to 60 percent (vaccinated), and we may need to encourage a lot of people to get vaccines," said Wisconsin Department of Health Services deputy secretary Julie Willems Van Dijk during a media briefing March 18.

The vaccines have been tested on tens of thousands of people in clinical trials, millions have been inoculated across the globe and complications have been rare. Still, there are those who are taking a wait-and-see approach, said Patrick Remington, former epidemiologist for the Centers for Disease Control and Prevention and director of the University of Wisconsin-Madison's Preventive Medicine Residency program.

"I have spoken with many people who say that they’re not ready to take the vaccine," said Remington. "They want to wait until more information is available. They’ve become accustomed to working from home, wearing masks in public, so they feel risk of disease is very low, and they can continue that for some time."

President Joe Biden says 90 percent of adults will be eligible for the vaccine by April 19 and will be able to get them within 5 miles of their home. In Wisconsin, anyone 16 or older is eligible.

In his first prime-time address, Biden talked about Fourth of July backyard barbecues as he appealed to a public eager for an end to the pandemic. He said vaccinations could make the nation independent of the virus.

State health officials have pegged July 4 as the time when 80 percent of Wisconsinites 16 and up could be vaccinated if the state’s vaccine supply from the federal government remains steady. The other factor is whether people will continue to want the vaccine.

"I suspect it's going to take a bit longer as we continue to reach out to people who may not want to be first in line," said Willems Van Dijk during a Milwaukee Press Club event March 29.

States hope to achieve herd, or community, immunity by having enough people resistant to the disease — through natural infection or vaccination — so it doesn’t spread.

State efforts to encourage people to get vaccinated include sports figures, clergy and word-of-mouth.

Milwaukee health officials are asking people who are vaccinated to encourage others to do the same, said Ben Weston, director of Medical Services for the Milwaukee County Office of Emergency Management.

"And after you’ve received your vaccine, be the ambassadors to your community. Reach out to your friends, your neighbors, to your family. Let them know why you chose to be vaccinated," Weston said.

Who Will Say 'No' To The Vaccine?

In January, polling from the Kaiser Family Foundation found rural Americans were most likely to be hesitant to get vaccinated. More recent polling has shown the most hesitant demographic group is Republican men.

Remington believes it goes way beyond those groups, saying there are almost as many reasons to be hesitant as there are people and that’s why health experts need to have conversations about how to balance those concerns with the real and known benefits of vaccination.

"Otherwise, we won’t make any progress," he said.

Amanda Maresh doesn’t think she’ll be convinced to get the COVID-19 vaccine. She was never tested for an active COVID-19 infection and an antibody test came out negative. She doesn’t know anyone personally who died or was hospitalized with the disease.

The 39-year-old believes COVID-19 is real but says her chances of catching it and becoming severely ill are low.

She’s a stay-at-home mother of five children in a spacious new home on a wooded 10-acre lot in a rural part of Brown County. Her husband works outside the home. Four of their children attend school in person.

While she’s not ruling out a change of heart, Maresh said no one in the family plans on getting vaccinated against the disease.

"I don’t know that taking something that does not have long-term studies on it is the right decision for me. I honestly probably would have a lot of anxiety if I took it," she said.

Health experts say the vast majority of side effects that happen with any vaccine occur in the first three months, and there is no reason to believe these vaccines are going to be any different.

"It’s understandable that people are concerned about long-term health effects of the vaccine because it hasn’t been around a long time," Remington said. "But if there were considerable risks down the road, we would already be seeing those. It’s been a year since people first got the vaccine (in clinical trials) and (complications) would begin to appear." 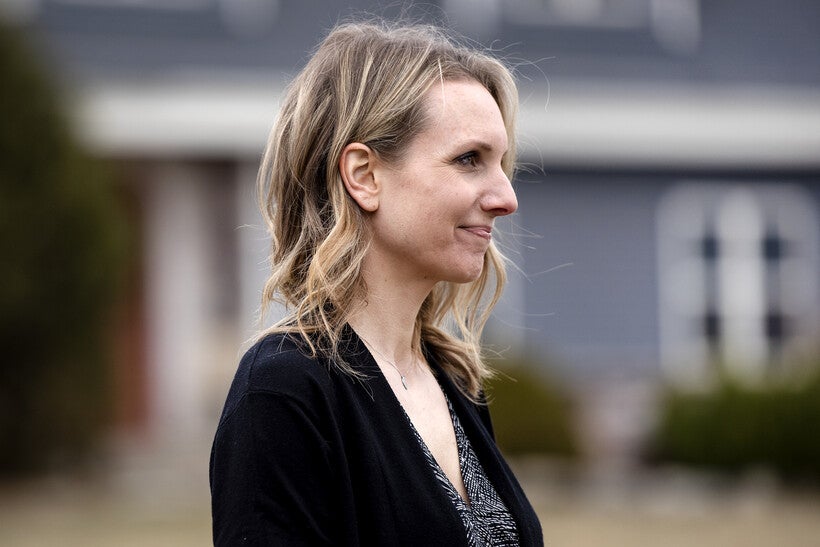 Amanda Maresh stands outside of her home Thursday, March 25, 2021, in Denmark, Wis. She does not plan to receive the COVID-19 vaccine. Angela Major/WPR

The Maresh family also does not get seasonal flu shots. Maresh said they signed a personal conviction waiver so their kids are exempt from certain vaccinations required at school.

Maresh said she has no medical issues and believes in natural health, building up her immune system through supplements.

She has relatives who are nurses. Some have been vaccinated against COVID-19, others have not. Same goes for her friends.

"As someone who chooses not to, I respect people’s feelings if they say, 'You haven’t gotten your COVID-19 vaccine, I’m not comfortable hanging around you,'" Maresh said. "That’s the price I have to pay. I haven’t run into that too much."

Part of the national vaccine information campaign has featured former presidents of both parties urging people to get immunized against COVID-19. The Biden administration is also enlisting the Christian Broadcasting Network for vaccine outreach, and state health officials said they’ve reached out to the Wisconsin Council of Churches.

But for Maresh, who says she not "very political," church leaders aren’t likely to sway her despite her deep faith. The family has a decorative sign outside their door proclaiming, "This home protected by a German Shepherd and God."

She maintains vaccination is a matter of individual choice.

"I know many of my Christian friends who are getting the vaccine and that’s what they feel is the right thing to do for them and their family to do," Maresh said. 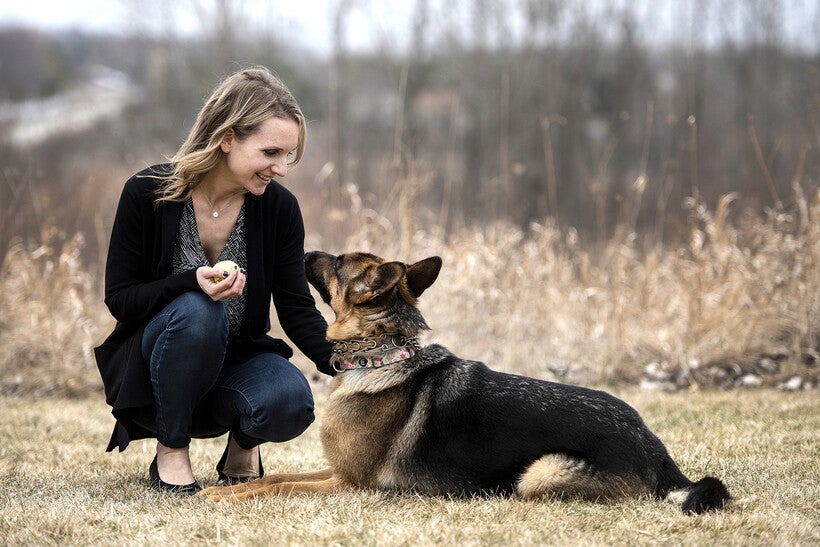 The Centers for Disease Control and Prevention has advised everyone to get vaccinated as soon as they are eligible. Medical professionals say this is the way to not only protect yourself but others.

How that message is presented is key.

Maresh wants people to be educated, not shamed.

"I think implying that people don’t care about everybody else if they don’t get vaccinated just blows my mind. Because that is not where I stand," she said. "I want nothing bad to happen to you. I just have to do what’s best for me."

Maresh contends some people are so worried about COVID-19 they have become "desperate" to get back to a normal way of life and get the shot.

But medical experts say the odds are against those who choose not to get vaccinated because they risk potential death or medical problems from COVID-19 in the future.

"I can’t imagine anybody who isn’t hesitant with the thought of putting something into your arm," Remington said. "In other words, I think we all hesitate, think for a moment, and then many of us say, 'Well, I’m willing to take that pain in the arm, soreness that follows and the rare, though realistic, possibility of a long-term complication. I’m willing to do that because getting the disease is worse.'"