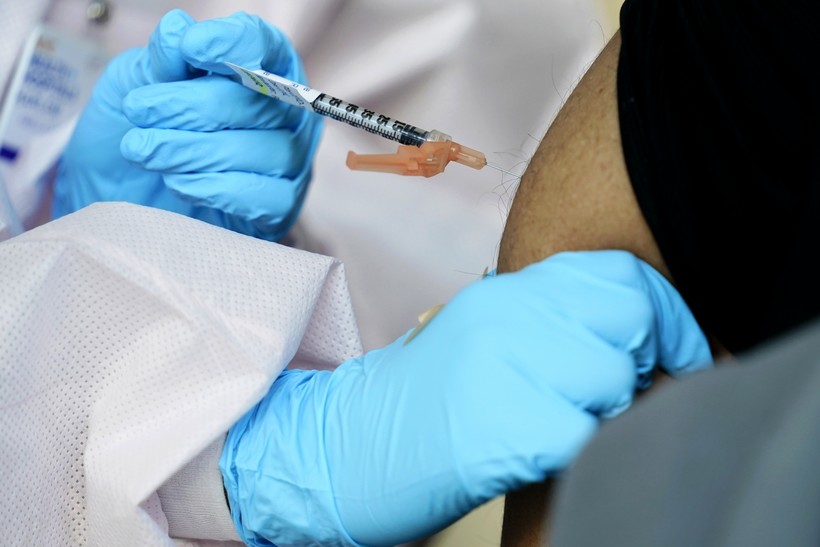 Republican men are the demographic group most likely to say they'll refuse the coronavirus vaccine, according to recent polling. Experts say the fact that Republican political leaders haven't been strong, public advocates for vaccinations is contributing.

A national poll by Marist College with NPR and PBS NewsHour last week found a "huge partisan divide" in attitudes toward the vaccine, said pollster Lee Miringoff, and one that's most pronounced among men.

Those findings echo other recent polls. A CNN poll found 57 percent of Republican men said they wouldn't take the vaccine. In early March, a Pew Research Center poll found Democrats were 27 percentage points more likely to say they planned to get or had already gotten vaccinated.

The more people who are vaccinated, the harder it becomes for the virus to spread; fewer deaths, serious illnesses and hospitalizations will follow. Given those stakes, the vaccine rollout has been the centerpiece of President Joe Biden's first months in office. Miringoff said the fact that the effort is now associated with a Democratic president is likely shaping public opinion.

"But I think it's a question of political leadership" among Republicans, too, Miringoff said. "If former President Donald Trump were to have done his vaccine in public, that might have been providing some leadership."

The New York Times reported in March that Trump and former first lady Melania Trump had been vaccinated in January; at the time, the first couple did not publicize that fact. Trump has not consistently advocated for vaccination; he made a brief mention of them in a February speech, and on Tuesday night in an interview on Fox News he said he would recommend his supporters get the vaccine. Trump declined to participate in a 2021 public service announcement that included former Presidents Barack Obama, George W. Bush, Bill Clinton and Jimmy Carter.

In a Fox News interview on Sunday, White House health adviser Dr. Anthony Fauci said public advocacy from Trump on behalf of taking the vaccine "would make all the difference in the world."

Even in Congress, some members have declined to get their shots. The Washington-based political site Axios reported on Sunday that only 75 percent of the House is confirmed to have been vaccinated against the coronavirus.

On Thursday, U.S. Sen. Ron Johnson said he had declined the vaccine because he had COVID-19 in October. That's against the recommendations of the Centers for Disease Control and Prevention.

"I think that (having had COVID-19) probably provides me the best immunity possible, actually having had the disease," Johnson told CBS 58. "I don't feel pressure that I need to get a vaccine. I'd rather let other people who want to get the vaccine get it before I do."

The CDC says a vaccine provides better protection, and scientists don’t yet know how long immunity from having had the disease lasts. Vaccinations for elected leaders started in December, and a supply of the drug was set aside for Congress. 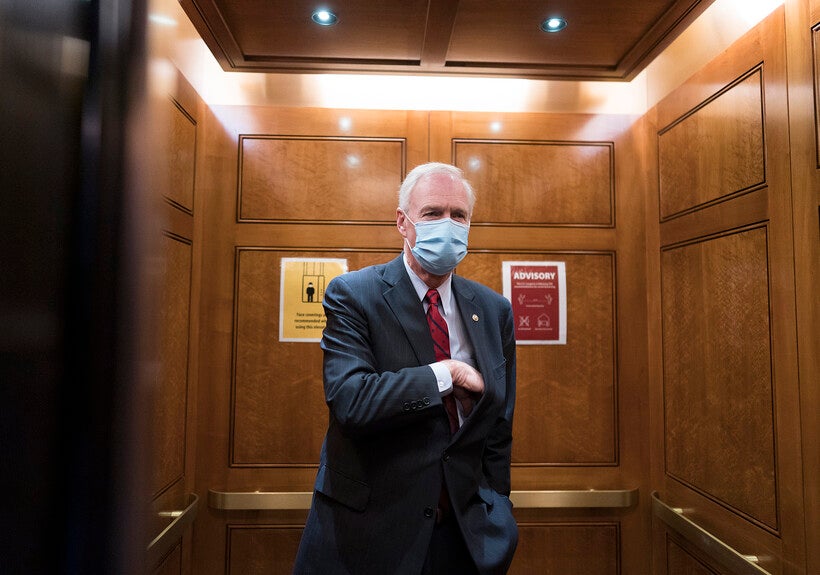 Sen. Ron Johnson, R-Wis., steps into an elevator as the Senate holds a voting marathon on the Democrats' $1.9 trillion COVID-19 relief bill that's expected to end with the chamber's approval of the measure, at the Capitol in Washington, Friday, March 5, 2021. When the Senate took up the measure on Thursday, Johnson forced an extraordinary half-day holdup on the bill by demanding the chamber's clerks read aloud the entire 628-page measure which took 10 hours and 44 minutes and ended shortly after 2 a.m. J. Scott Applewhite/AP Photos

Democratic U.S. Sen. Tammy Baldwin, who made public her own vaccination in December, told WPR in a statement "I want every Wisconsinite to know that the COVID-19 vaccines are safe and effective at preventing sickness, severe illness and death."

A spokesperson for Republican U.S. Rep. Mike Gallagher confirmed to WPR that Gallagher had been vaccinated. Reps. Scott Fitzgerald, Glenn Grothman, Bryan Steil and Tom Tiffany did not respond to WPR's request for comment on whether they had gotten the vaccine and whether they believed it was important for political leaders to advocate for vaccinations.

Public Opinion Has Shifted In Favor Of Vaccine

So far, demand for vaccines among the public still exceeds supply, which has led health officials to prioritize higher-risk groups for access. But as supplies increase and more and more of the public is inoculated, health officials anticipate a flip in coming months to efforts focused on persuading those who have been reluctant to get the vaccine.

Public opinion has already shifted somewhat, and it's possible that those who are hesitant today to say they'll get vaccinated will change their mind as more and more people get it.

"When we asked this question back in January, 62 percent of the nation said they already had gotten it or intended to," Miringoff said. "That has gone up to 67 percent overall. You do see some improvement."

It's also possible for targeted messages to connect with individual demographics. Pew's March survey noted a large swing in favor of getting vaccinated among Black adults — from 42 percent in November who said they planned to get vaccinated to 61 percent this month.

When it comes to convincing Republican men, Miringoff said, there's a single figure whose messages continue to stand out.

"If you're talking about someone who the public health community would have, and would still like to get on board," Miringoff said, "it's Donald Trump."

It's possible that the former president heard the calls of those who asked him to be more involved in advocating for vaccination. In his Fox News interview on Tuesday night, Trump said "it is a great vaccine, it is a safe vaccine, and it is something that works."