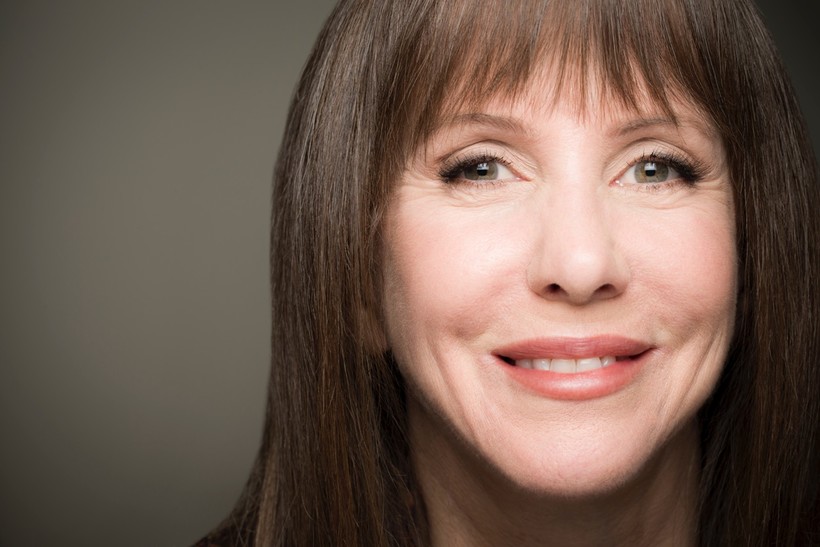 'SNL' Alumnus Laraine Newman, You Know, Like, Reflects On Her Comedy Career In New Memoir

Laraine Newman is best known as one of the original "Saturday Night Live" cast members. She's also a founding member of the legendary improvisation and sketch comedy group, The Groundlings. More recently, she's pivoted to a successful career as a voice actor, having voiced several animated characters during her career.

Newman revisits her life and career in her new audio memoir, "May You Live in Interesting Times."

In her memoir, Newman says her need for attention was bottomless, and a lot of that had to do with the fact she was one of four kids and her parents were not very involved.

"So I really had to work my a-- off to get any kind of attention at all," she told WPR's "BETA." "And I think it's a pretty common story. People kind of go out in the world and try to make up for that in some way."

When Newman was 19 she was accepted into the California Institute of the Arts School of Theater program, but she left in 1971 a short time later to join an improvisation workshop in Los Angeles with her older sister, Tracy. This improv workshop evolved into The Groundlings.

Newman said it was exciting to develop the group into a legitimate company and school, although it was still relatively new by the time she left to join "Saturday Night Live" in 1975.

"We were the only game in town in terms of an improv company," Newman recalled. "And we started to get a following and (were) reviewed by the LA Times and other legitimate newspapers. So that was very exciting, and it was exciting to go from being just a workshop to a real company."

As a member of The Groundlings, Newman learned she was not the best improviser and that she was better off writing monologues.

"I contribute to the idea of moving forward, but I'm not necessarily funny," Newman said. "That's why I chose to do characters, because I had a chance to think about what I was doing to write and craft my pieces so that I could try to be funny in a different way."

Newman created a character monologue for a Valley girl named Sherrie. The idea was a result of her observations of a certain kind of speech pattern she'd noticed among her Southern California classmates. She first noticed it during the 1960s while she was still in high school.

"And I've always been fascinated with dialects anyway," she said. "And it was just an amalgam of a friend that I went to school with and there was a sweetness to the character kind of born of their lack of awareness, shall we say."

After seeing Newman perform twice with The Groundlings, "SNL" creator Lorne Michaels met with her at Chateau Marmont in West Hollywood. He told her about a new show that he was developing.

"He said ('SNL') was a replacement for ('The Tonight Show Starring Johnny') Carson reruns on Saturday nights, and it was only going to be 13 weeks with a five-year option," Newman recalled. "And I remember thinking, 'Like that'll ever happen.'"

Newman found the first season of "SNL" to be very challenging. She was robbed and, as a result, lost her Groundlings monologues and had to recreate them from memory.

"Gilda (Radner) was my first friend and really kind of squired me around and introduced me to all her friends, which was so nice of her," Newman said. "But it was an adjustment trying to figure out how to get airtime, to get writers to get your characters and maybe write for them. It was different than what it was at The Groundlings because I wrote with my sister, and so I had an automatic writing partner who really knew what I could do. And I was without that."

The first time Newman performed her Sherrie character was in a sketch called "Godfather Group Therapy" with that week's host, actor Elliott Gould. Newman said the writers just kind of plugged her Groundlings monologue into the sketch, but they wrote one of the sketch's most well-known lines: "Vito, you're blocking."

Newman returned to "SNL" for the show's 40th anniversary special on Feb. 15, 2015. Newman remembered watching the recurring sketch, "The Californians," over the years and thinking she would have loved to have appeared in it.

"I called Lorne and I said, 'I don't know if you guys are going to be doing sketches, but I think it would be really fun to have Sherrie as the matriarch because a lot of soap operas have the matriarch.' And I didn't think anything would come of that, but then Fred Armisen called me and said, 'Let's write something.' So in my kitchen for several days we laughed our a--es off. And of course, nothing that we wrote ended up in the sketch, but we did have a lot of fun."

Newman has pivoted to a very successful second act with a career as a voice actor for animated films and TV shows. You can hear her voice in such movies as Dr. Seuss' "The Lorax" and "Wreck-It Ralph." She also provided the voice for Plankton's grandmother in "SpongeBob SquarePants."

Newman says the big difference between voice acting and physical acting is you only have one instrument to use in voice acting.

The most important thing she learned about herself while working on her memoir is that she can change and overcome things.

"Preconceived notions I have about myself aren't set in stone," she said. "I always wanted to write this book for various reasons, which changed over the course of having written it. But I just never imagined that I could write a book. So that, I think, is really a major thing that I learned about myself is that I could."