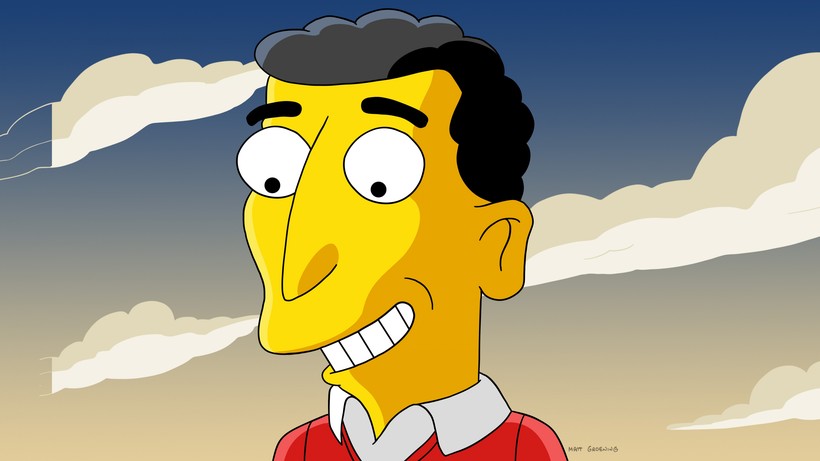 Longtime Showrunner, Writer Goes Behind The Scenes Of 'The Simpsons'

If you want to know what goes on behind the scenes at "The Simpsons," Mike Reiss is the guy to ask. He has spent 30 years as a writer, producer and showrunner for the long-running animated program.

Reiss now shares his secrets in a new book called "Springfield Confidential: Jokes, Secrets, and Outright Lies from a Lifetime Writing for The Simpsons."

Reiss told WPR's "BETA" that the decision about which jokes go in and which jokes don't is "a completely democratic process. I call it a 'laughocracy.'"

He explained that when the team is rewriting the script for an episode, there are six to eight writers sitting around and everyone starts pitching jokes. If a joke makes more than half of the writers laugh, it goes into the script. And then, they have a tape reading in which the cast reads the script out loud. Again, a line has to get a laugh. Two months later, there's a screening of the show in rough, animated form. There are about 40 people watching and — you guessed it — the line has to get a laugh. (Are you noticing a pattern here?)

Regrets? Yeah, Reiss said he has a few.

"My biggest regrets over the years are jokes I almost killed because I thought, 'This is not funny.' And then we put it in the script and it got a huge laugh. Or somebody will even say, 'That's my favorite joke.' And I feel terrible about that," he said.

How about an example?

"Any 'Simpsons' junkie will know the joke where Homer is about to lose his dental plan," Reiss said. "And he finds out Lisa needs braces. And so, Jay Kogen and Wally Wolodarsky wrote this script where for three pages, the script is just, 'We need a dental plan,' 'Lisa needs braces,' 'We need a dental plan,' 'Lisa needs braces,' over and over. And I didn't think it was funny and my partner Al Jean didn't think it was funny. And we're about to cut it and Jay and Wally, the writers, said, 'You gotta give this a shot, we think this is really going to work.' And we read it out loud with the cast and oh my God! It not only killed then but it's one of the favorite jokes in 'Simpsons' history. And we couldn't see it, Al and I did not see it on the page."

Reiss said that one of the four seminal episodes of "The Simpsons" is "Moaning Lisa," the sixth episode of the first season. Reiss co-wrote this episode with Jean. The show's executive producer pitched them the idea in three words — "Lisa is sad."

"It didn't seem like a great use of the animation medium," Reiss said.

"Marge has this epiphany that she's being a not-great mother by trying to cheer Lisa up and tells her if you want to be sad, you can be sad," he said.

"So we did this episode. Even when it was done, I think nobody had much faith in it. And we put it on the air and the public went nuts. And editorials were written about it. And everybody realized, 'Oh, 'The Simpsons' is not just this slapstick show.' 'Oh, it's not just this naughty show for boys.' It's got genuine heart, it can tackle complex emotional issues, it can look into the emotional lives of small children," he said.

When asked, Reiss wasted no time in identifying who was his favorite character to write for.

"Oh, that's really easy. It's Homer because Homer's just a comedy writer's dream. He has everything wrong with him, every comedy trope. He's fat and bald and stupid and lazy and angry and an alcoholic. I'm pretty sure he embodies all seven deadly sins," he said.

Are there any tricks to writing for Homer?

"John Swartzwelder, who's written 60 episodes of 'The Simpsons,' said 'I write for Homer as if he's a big dog.' And I thought, 'Wow, he really locked into something.' Homer is just pure emotion, no long-term memory, everything is instant gratification. And, you know, has good dog qualities, too. I think, loyalty, friendliness, and just kind of continuous optimism," he said.

While the show has become a beloved cultural touchstone for decades, "The Simpsons" has become a point of controversy in recent months.

Comedian Hari Kondabolu made a documentary last year called "The Problem with Apu," in which he criticized a 'Simpsons' mainstay, the Kwik-E-Mart proprietor Apu, as a poor representation of South Asians and a character that was voiced by a white actor, Hank Azaria. Reiss said he agrees with the points that Kondabolu and others have made about the character.

"We not only agree with all his points. But everything he said in the documentary, we said three years ago," he said. "We became aware of this as a problem. It was Hank Azaria, (who) was sort of at the forefront, hearing from Indians they didn't like the character. So, we did an episode, again two years before Hari's documentary, where Apu's nephew came to work at the Kwik-E Mart. The nephew was played by an Indian-American actor. And he said, 'You are an offensive stereotype. You sound like a white guy doing an Indian accent.' We did a complete mea culpa. And then, what nobody seems to have noticed, including Hari Kondabolu, is we retired Apu. You haven’t seen him on the show in three years."