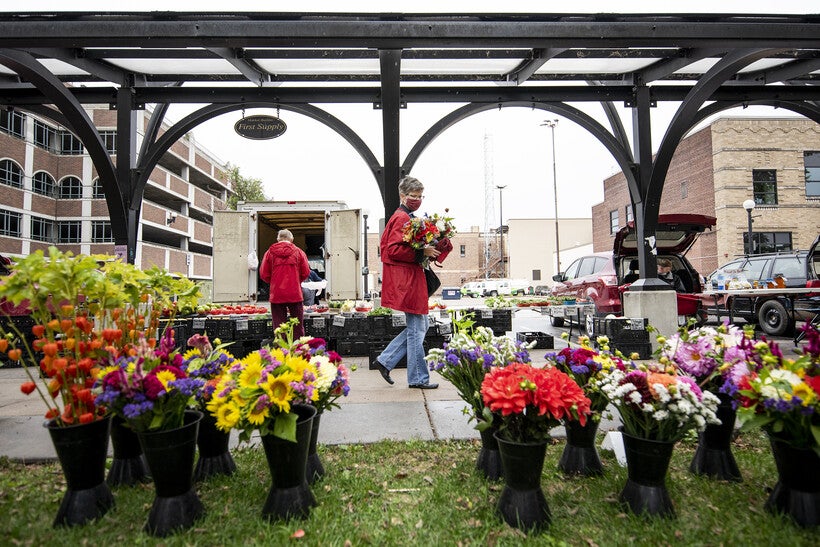 La Crosse County health officials say small social gatherings are driving spread of the coronavirus in the area, and could lead to higher hospitalization rates.

During a virtual press briefing, County Health Director Jen Rombalski said the hospitalization rate has held steady over the last week. But the demographics of new COVID-19 cases is changing.

"The average age of cases has risen from 23.7 years of age to 40.6 years of age, reflecting more cases within varying age groups," Rombalski said.

"It has shifted from by and large being college students a few weeks back, and then skilled nursing facilities and assisted living more recently, to being in the community with people with health care issues who are having to go to the hospital because they are ill with COVID. That is what we’ve seen the last few weeks," Fitzgerald said.

Fitzgerald said local hospitals are not at full capacity and are currently able to care for all patients. But he said increased spread in the general community has meant more hospital staff have either contracted the virus or been forced to quarantine because of an exposure outside of work.

Rombalski said many of the new cases have been linked to social gatherings including birthday parties, weddings and dinners with friends or families.

"It definitely includes gatherings at private residences but it also includes going to weddings at venues, funerals, you know, those kinds of gatherings," Rombalski said.

When asked about spread at bars and restaurants, Rombalski said local businesses have been more likely to be impacted by community spread reaching staff.

"Employees at those businesses have potentially been at one of those large gatherings that are more social in nature and are either a case or a contact to a case and have to be in isolation or quarantine," Rombalski said.

Thousands gathered in La Crosse County for a campaign rally held by President Donald Trump on Tuesday. Rombalski said La Crosse and other counties in the state have seen new cases and contacts tied to those types of large events. Because of the complexity of contact tracing, she said it's unlikely health officials will know the full impact of the event on local virus spread, but related cases could start appearing within five to 14 days.

Ajay Sethi is an associate professor of population health sciences at the University of Wisconsin-Madison. He said small social gatherings are likely contributing to spread of the coronavirus in Wisconsin just as much as large gatherings.

"There’s so much attention sometimes given to large festivals or big political rallies, and it sometimes causes us to forget that it just takes two people to spread the virus," Sethi said. "We might feel like a gathering is harmless when in fact it's just as risky when you're within someone from a different household and they’re maybe carrying the virus or you are and you just don't realize it."

Sethi said small gatherings like a dinner party are likely happening more frequently in the state than large gatherings, making them just as likely to rapidly spread the virus within a community.

He said this will be especially important for people to keep in mind as they are start planning for holiday gatherings in the next two months.

"When there is a gathering, it's really important that you don't have people who are vulnerable in attendance. Or that they’re really separated from everybody else," Sethi said. "I come from that school of thought to not have the party at all. But some parties are going to be more dangerous and have more repercussions than others."

Fitzgerald said that based on the situation in La Crosse County, people need to prepare to cancel their holiday plans to keep their loved ones safe.