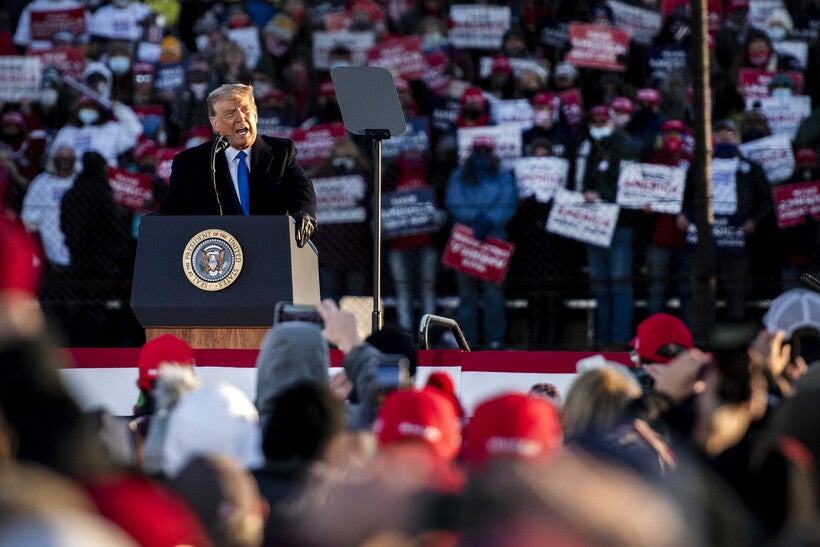 President Donald Trump was back in Wisconsin on Tuesday for his second campaign rally in the state in less than a week. The visit came as Wisconsin marked a record number of COVID-19 cases and deaths.

Speaking to thousands gathered at the La Crosse Fairgrounds Speedway in West Salem a week before Election Day, Trump reiterated a message from his rally in Waukesha on Saturday that the United States was "turning the corner" on the coronavirus pandemic. He said talk about the virus was being driven by the media, which he called "corrupt" and "dishonest."

"You turn on the news: 'COVID, COVID.' You know when they’re going to stop talking about it so much? November 4th," Trump said.

The president also seemed to cast doubt about the seriousness of the virus, saying he and first lady Melania Trump recovered quickly from their infections.

During his speech, Trump urged the audience to vote early and to encourage their family and friends to vote. He praised a recent ruling by the U.S. Supreme Court that reversed a six-day extension for absentee ballots to be returned to Wisconsin clerks as long as they were postmarked by Election Day.

"In 2016, Wisconsin voted to fire this corrupt political establishment and you elected an outsider as president who is finally putting America first. And if I don't sound like a typical Washington politician, it's because I’m not a politician. It's one of the reasons I was elected," Trump said.

Trump promised voters he would support law enforcement and bring economic prosperity to the country, saying "normal life will fully resume." The president also criticized Gov. Tony Evers for his erstwhile "Safer at Home" order and other emergency orders that have placed limitations on businesses. 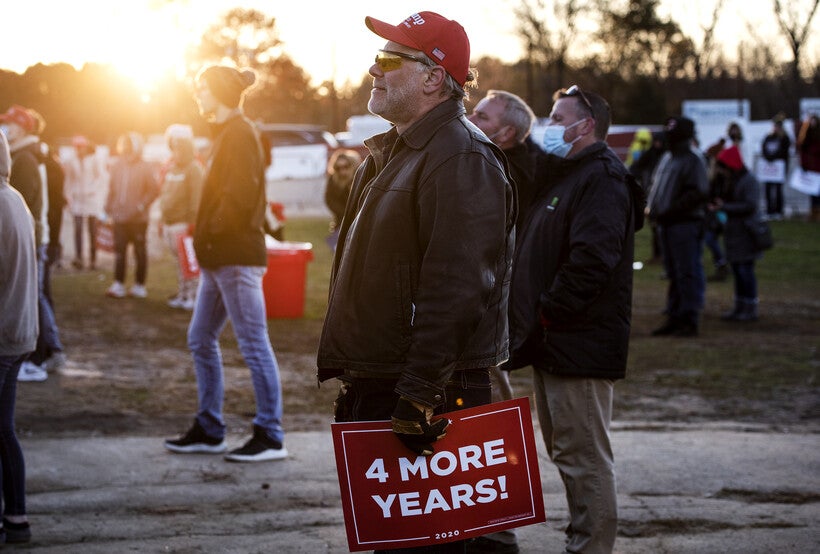 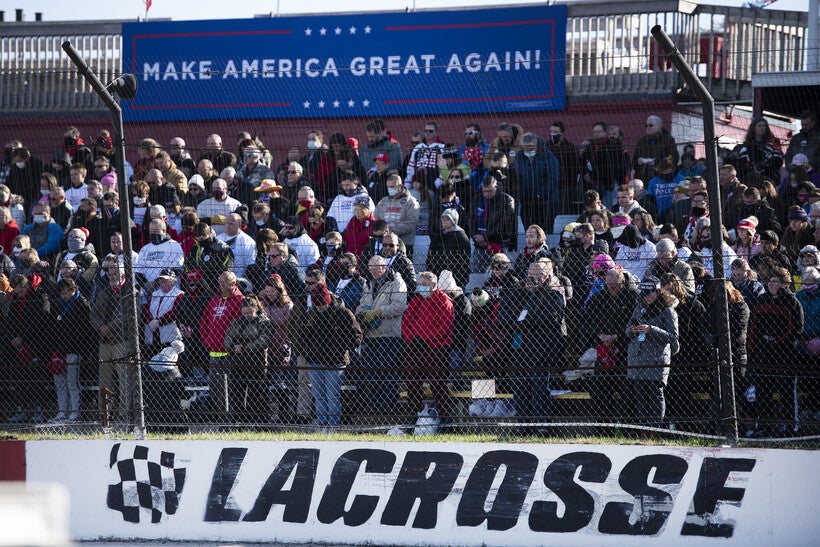 Hours before the event began, the state Department of Health Services reported 5,262 new coronavirus cases for the day in Wisconsin. That’s the highest single-day figure reported since the start of the pandemic. State health officials described the situation as a "nightmare scenario," with the state recording an average of 3,975 new cases daily over the past week.

There were also 64 deaths from COVID-19 reported on Tuesday, also a single-day record.

La Crosse County itself has seen an increasing number of COVID-19 cases recently, with an average of 45 new cases per day over the past week. Officials from the county health department say many of the new cases have been linked to social gatherings including birthday parties, weddings and dinners with family or friends.

National and state Democrats criticized the president for holding the event in Wisconsin as case numbers continue to rise. During a virtual press conference ahead of the rally, Wisconsin’s U.S. Rep. Ron Kind, D-La Crosse, said Trump’s disregard for health precautions is "wearing thin" with voters.

"People here feel it's incredibly disrespectful to the hard work that our frontline healthcare workers are putting in, our public health teams who are doing their best to keep people safe," Kind said. "With one of the highest positivity rates of any state, with hospitalization and death rates skyrocketing in Wisconsin, he’s coming in to do a large group gathering with none of the public health precautions being taken."

In addition to rallying voters in Waukesha on Saturday, Trump visited the state the weekend before, making a stop in Janesville.

Vice President Mike Pence also plans to visit the state this week. He’s scheduled to appear at a rally in Mosinee on Wednesday.