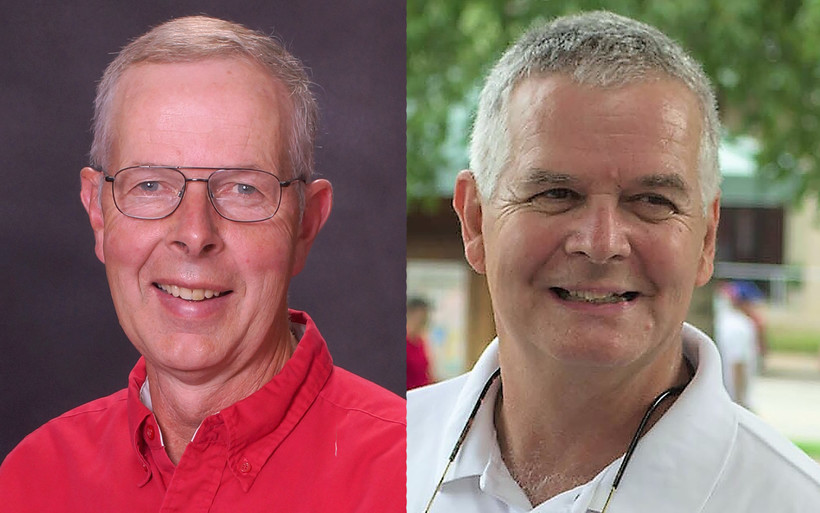 A state Senate seat in far western Wisconsin is up for grabs this November after being held by a Democrat for the last 12 years.

Now, three candidates are courting voters in a region that has swung its support from Democrats to Republicans in the last two presidential elections.

The 31st state Senate District runs along the Mississippi and St. Croix rivers on Wisconsin’s western border and stretches East into Eau Claire, and Trempealeau and Jackson counties. The seat has been held since 2006 by Kathleen Vinehout, D-Alma, who announced she would be giving up her seat in order to join the race for governor.

With the 31st state Senate seat open, Republican Mel Pittman, of Plum City, Democrat Jeff Smith, of Eau Claire, and Green Party Candidate Aaron Camacho, of Fountain City, are running to lead the district for the next four years.

Pittman is making his second run for district after losing to Vineho﻿ut in 2014. Pittman lost by less than 4 percentage points.

Smith is also a familiar face in regional state legislative races. He held the 93rd Assembly District seat, which is within the Senate district, from 2007 to 2011 when he was defeated by Republican Warren Petryk. Smith ran unsuccessfully for his old seat but was beaten by Petryk twice.

Camacho is a newcomer to state politics. She has worked with nonprofit groups like the Winona-Dakota Unity Alliance, which aims to create sustainable alliances among indigenous nations within Winona, Minnesota. She also founded the Turtle Island Student Organization and the Indigenous Learning Garden Initiative at Winona State University.

During a debate on WPR’s regional call-in program "The West Side," Pittman and Smith said one of the issues they’ve heard about from voters was improving western Wisconsin’s roadways. Camacho did not attend the WPR general election debate.

When it comes to roads, a 2017 Legislative Audit Bureau report found local roads in western Wisconsin counties are, on average, worse than roads in the eastern portion of the state. Also, many bridges in the steep coulee valleys of the Driftless Region are well over 70 years old.

Both Pittman and Smith say more money needs to be spent on the state’s roads but they differ on where it should come from.

Pittman said with the economy booming, Wisconsin is taking in more tax dollars from residents and businesses, which could be used to improve transportation infrastructure.

"If our economy stays strong, there’s a good opportunity that we can get some more general purpose revenue back out to the local municipalities," Pittman said.

If more is needed, said Pittman, he’d be willing to consider small increases in the state’s gas tax or an increase in vehicle registration fees.

Smith, who was in the state Legislature when Democrats transferred money from the state’s transportation fund into other parts of state government, said lawmakers need to raise the gas tax and bring back indexing, which automatically increases revenues based on inflation. Smith also said Wisconsin needs to increase registration fees in a way that doesn’t unfairly impact people living on low incomes.

"A lot has changed," Smith said. "We have a lot more fuel efficiency, we have electric cars, we have a lot of things happening. So, I also think that looking at a value-based registration fee is really important. A lot of states are doing that."

The race for the 31st state Senate District seat is by no means a lock for either the Democratic or Republican parties mainly due to the region’s history as one of the most purple parts of the state.

In 2012, the region helped re-elect former President Barack Obama to his second term. But just four years later, Republican candidate Donald Trump dominated 11 counties in far western Wisconsin to become the 45th president of the United States. Political observers credited the swing to a growing distaste among voters in the region with politics as usual.