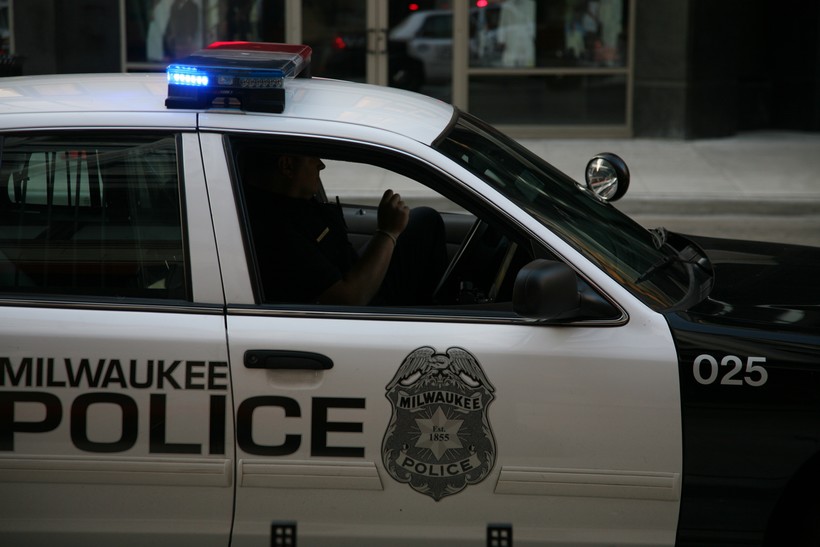 Several local governments across Wisconsin have pledged to review their police department's use of force policies as protesters and activists continue to call for statewide changes to Wisconsin’s criminal justice system. However, it’s unclear when those changes may materialize or what they will look like.

Use of force policies — guidelines that set out when a police officer can use physical force with a civilian — have drawn increased scrutiny in the wake of George Floyd’s death in police custody in Minneapolis last month. Floyd died after an officer knelt on his neck for nearly nine minutes.

Limiting when officers can use force, along with a number of other changes, has been top of mind for activists across the state.

Under the pledge, mayors commit to reviewing police use of force policies, getting community feedback, publicly reporting review findings, and implementing changes.

Whether they have signed the specific Obama pledge or not, several local government leaders across Wisconsin have pledged to review use of force in their communities.

Last week, Milwaukee Mayor Tom Barrett announced the creation of a new commission on police accountability and reform. Among other things, the commission will review the Milwaukee Police Department’s use of force policies.

"Milwaukee will examine its use of force policies with the community and make concrete recommendations that recognize the humanity and dignity of every person in our community," he wrote.

However, the Milwaukee Journal Sentinel reported many similar commissions have failed to produce changes in the city, as those changes may require approvals from a number of entities, including the Milwaukee Fire and Police Commission, Milwaukee Common Council and the Police Department itself.

Barrett’s office did not respond to requests for comment about when the commission will begin its work.

"I am happy to answer this call and take the pledge," Rhodes-Conway said in a prepared statement.

On Wednesday, a Madison City Council committee voted to move forward with a new civilian oversight board for police, as well as an independent monitor position within city government that would review police actions and conduct an annual review of the police chief. Both were among the 177 recommendations issued last year from a committee that evaluated Madison police policies and procedures. The committee was created after the 2015 police killing of black teenager Tony Robinson.

Police officers in Green Bay are set to receive a refresher course on use of force policies, according to a PBS Wisconsin report, but it's unclear if changes to those policies are being immediately proposed.

According to a spokesperson, Green Bay Mayor Eric Genrich, a former Democratic state lawmaker, has had discussions with the city's Police Department about use of force and is reviewing various policy proposals, like those outlined in the "8 Can’t Wait” campaign, a nationwide advocacy effort pushing things like chokehold bans and de-escalation requirements.

Genrich's office didn't respond to requests for comment about whether there are active conversations about policy changes.

Racine Mayor Cory Mason, another former Democratic state lawmaker, said he has signed the Obama pledge and is committed to working with community members to "bring about accountability, reform, and ultimately, justice."

Mason said there has been an "outcry" for policy changes in the community, but noted, "We’ve always (had) a forward-thinking, community-oriented Police Department."

He said any Police Department policy changes will come after getting feedback from community members and local law enforcement.

"We think change will be more meaningful if all parties are at the table," Mason said.

On Wednesday, Mason announced a new requirement that all Racine police officers would have to receive implicit bias training. He is also requiring the department to post all of its policies online for public viewing and directing the city to work on ways to hire more officers from communities of color, among other changes.

Oshkosh Mayor Lori Palmeri said she is in favor of signing the pledge, but has to get approval from Oshkosh City Council to do so.

Palmeri said many Oshkosh residents are probably unaware of many Police Department policies, so making the policies and engaging citizens in a review would be a valuable experience. She noted that whatever changes may need to take place in Oshkosh will likely look different from measures taken in more urban or rural areas.

"Everybody has room for improvement," she said. "We can’t take a one size fits all approach to this."

On Wednesday, the Oshkosh City Council approved the creation of a committee dedicated to diversity, equity and inclusion, but its official tasks do not include anything to do with police policy.

Mayor Tim Kabat announced earlier this week he is working with the La Crosse Common Council to create a citizen advisory board to review police training programs.

In the prepared statement, Kabat said he is working to engage communities of color in the process.

"We must identify what changes are needed," he said.

On June 4, the La Crosse Police Department launched a new website dedicated to transparency. It includes annual use of force reports, as well as budget information, training reports and department demographics.

Waukesha Mayor Shawn Reilly said he has been briefed about the Waukesha Police Department’s use of force policies and is currently in discussions with department leaders "about whether any changes or reviews are warranted."

He said there has been no request by the Waukesha Common Council to review local use of force policies.

Brookfield Mayor Steven Ponto said there are no conversations about changes to police policy in Brookfield because "our policy meets current concerns."

Ponto said the department already has many of the regulations some activists are pushing for, including restricting officers from shooting at moving vehicles and exhausting all other methods before using deadly force.

He also noted the department has been using body cameras since 2014.

"The Department was very much in favor of having body cameras because they believe, if a situation is being recorded, it will de-escalate," he said.

Wausau Mayor Katie Rosenberg said the Wausau Police Department also already complies with a number of requirements urged by activists, but she’s working to put together a city task force to review policies and make recommendations for possible changes. She is aiming for the City Council to take up the task force proposal at its meeting later this month.

"I am open to change if that’s what’s best for our community," Rosenberg said. "I want to learn."

"I want to ensure the public understands Wausau’s policies and what they mean for our community," she said.

Rosenberg said public education will be an element of next week’s meeting of the local police and fire commission, which has the power to hire, fire and discipline police officers.

She said, however, the city council and Police Department will be doing a review of policies "shortly."

Sarah Millard, spokesperson for the City of Beloit, said activists have contacted city leaders about changes to use of force policies, but the "majority" of those proposed changes "have already been addressed by our progressive police department.

The letter outlined many of the department’s policies, which include de-escalation and implicit bias training, but also noted that fatalities are sometimes unavoidable.

"While officers seek to (defuse) situations with the least amount of force required, not every officer-involved death is excessive or unjust," the letter read.

Joe Moore, Fond du Lac city manager, said the city isn’t looking to make changes to police use of force policies because their policies were recently reviewed, comply with many activists’ requests, and have contributed to a positive relationship with the community.

"I think our police chief and our police officers and the African American community locally have a productive relationship," Moore said. "We’ve been asked a lot less about our policing policies and use of force policies and such than we have been about acknowledging systemic racism in society."

The meeting focused less on specific public suggestions for policy changes, but instead on how the city could make any proposed changes moving forward.

During the event, Jenny Van Sickle, a member of Superior's Commission on Communities of Color, said community leaders need to have conversations and set goals for supporting minority communities.

"We have to be honest with ourselves ... and make sure that we are applying pressure to ourselves and our allies to do better by the people that are most impacted by use of force," Van Sickle said.

She added leaders need to make sure "people of color, black men, black women, and the little black and brown children of Superior see there are leaders in this room at the microphone."

A number of other community leaders across the state did not respond to requests for comment.