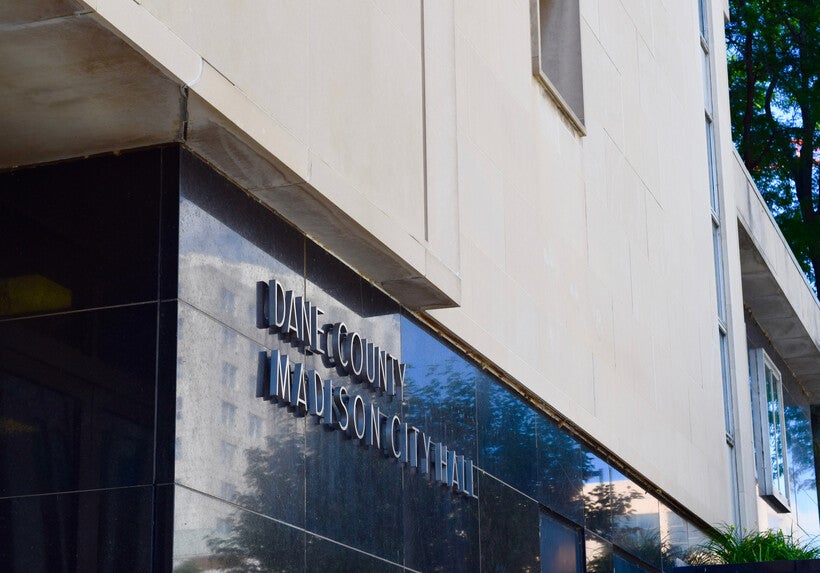 Police actions taken during the first days of Black Lives Matter protests in Madison were questioned by the public and members of the city’s Public Safety Review Committee Wednesday.

The committee also voted to advance a civilian oversight board for police, but delayed an independent monitor that would conduct an annual review of the police chief. Both were recommendations from an ad hoc committee last year which looked at police policies and procedures.

Supporters of the changes say both are needed to get the most community control of the police department allowed under Wisconsin state law.

During the initial protests at the end of May, law enforcement used tear gas and pepper spray, the National Guard deployed troops, and Mayor Satya Rhodes-Conway issued a curfew that lasted for three nights as police tried to stop fires, looting and vandalism.

"If you put police in full riot gear in front of those protesting them you can’t expect it to be peaceful," said Samuel Jorudd, who attended the protests, delivering a public comment during the web-conferenced meeting on Wednesday.

Madison’s acting police chief Vic Wahl said the curfew cut down on passerby joining the protests, but acknowledged people also came out to challenge the curfew. Wahl told committee members that he thinks "we’ll never know for sure how it might have played out" if there hadn’t been a curfew.

The chief said there were more than 30 arrests linked to the protests, but more are expected as police continue to investigate those responsible for setting fires and causing other property damage.

Calls for change to Madison's Police Department have been refueled by comments made by the mayor in which she empathizes with officers working to control Black Lives Matter protests in the midst of a pandemic.

"None of us asked for these challenges. We are all learning as we go. You must be exhausted. I know am. And you are facing a more difficult situation than I am," said Madison Mayor Satya Rhodes-Conway in a video to officers. "It must be absolutely infuriating to stand in heavy gear outside while listening to people constantly insult your chosen profession."

The mayor’s comments came in a password-protected video that was later shared widely on social media by activists who have been pressuring the city to defund the Police Department, and for the school district to end contracts with the Police Department to control student behavior.

The mayor's video was also criticized by a group that backs the Police Department and wants the mayor to be more forthright in her support of law enforcement.

In a statement Wednesday, Rhodes-Conway acknowledged the anger of groups like Urban Triage and Freedom Inc., which have held ongoing demonstrations at the state Capitol and shut down John Nolen Drive to protest police violence. Similar protests have flared up in cities nationwide after the death of George Floyd, a black man who was killed by a Minneapolis police officer who kneeled on this neck for almost nine minutes.

"Black lives matter. I believe deeply in this and yet I failed to center this in my message to the Police Department," Rhodes-Conway said in the statement. "I realize that this action has done deep harm to the Black community and for this, I apologize."

Meanwhile, protests continued statewide even in Wednesday's rainy weather: High school students and parents marched through Monona, and a car caravan drove through Milwaukee. De Pere hosted its first protest in the wake of Floyd's death.

Editor's note: This story was updated to reflect the committee did not take action on an independent monitor. Erik Lorenzsonn contributed reporting.