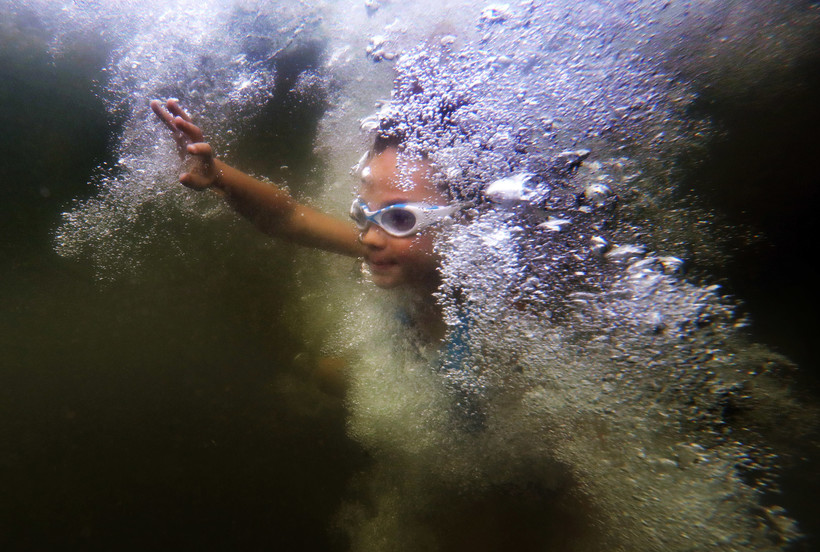 For many Wisconsinites, summer means swimming in the region’s freshwater lakes. But in some places, it can also mean danger — especially from rip currents.

Along the shore of Lake Michigan, strong currents can swirl in at a moment’s notice, pulling people into deep and dangerous waters.

Riptides kill an average of 12 people and require rescue of another 25 in the Great Lakes annually, according to the National Weather Service.

Yuli Liu, a PhD candidate in civil and environmental engineering at the University of Wisconsin-Madison, helped develop the device.

She said it has a digital display, so visitors "can learn and be aware of the potential dangerous conditions in the lake," as well as a traffic light, both which correspond to water conditions.

"People, when they walk into the beach, they will see the light, which has three colors: red, yellow, green that indicate the high-, moderate-, low-level of rip currents," Liu said.

She said it’s all about helping swimmers and surfers make the most informed decisions about whether or not it’s safe for them to enter the water.

The information is online at the integrated nowcast-forecast operational system, or INFOS, but Liu said BLINK makes it readily accessible where beachgoers need it: on the beach.

Her team noticed that most people checked INFOS from their desktop computers at home, not their smartphones at the beach. But conditions can change quickly, meaning the information they gleaned at home might be obsolete by the time they get to the water.

With BLINK, visitors can know when conditions change in real-time, even when they’re already swimming.

"So they can see the lights changing the color from the beach and they will know the water is not safe anymore," Liu said.

BLINK is currently installed at Port Washington’s North Beach, with another coming to the South Beach soon.

The Port Washington community has lost at least two people in the last decade to poor conditions. A 15-year-old swimmer died in a rip current at North Beach in 2012 and a 27-year-old kayaker died in dangerous waves at South Beach in 2016, according to the University of Wisconsin’s Sea Grant.