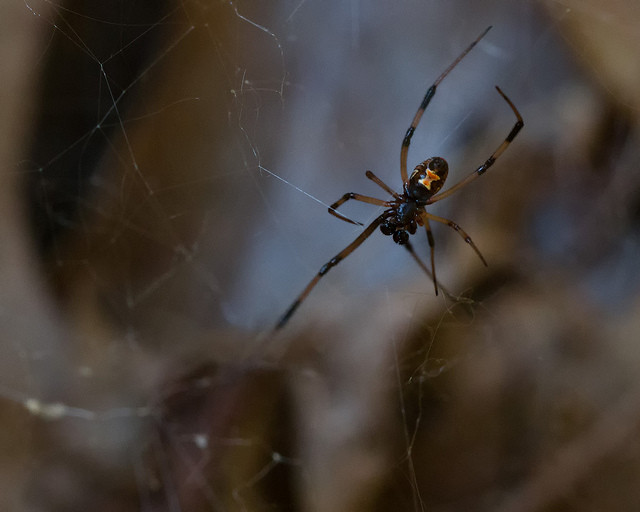 A second northern black widow spider has been found in Brown County.

The first was found in June in New Franken and the most recent was found this month, less than a mile from the first.

The spider is native to Wisconsin but rarely seen, said University of Wisconsin-Green Bay professor Michael Draney, a spider expert who chairs the university's School of Natural and Applied Sciences.

Usually, when black widows are found in Wisconsin, they come in on produce trucks from places like California. Those are western widows, not the northern widow native to Wisconsin, Draney said.

Draney suspects the spiders are thriving because of the rainy weather.

"I think that with the really mild winter that we had this last year possibly combined with this nice wet spring and summer, maybe it’s really good conditions for the survival of the spiders that were here so they’re more abundant this year than usual," Draney said.

Records going back to the 1920s indicate the spider has been found in Grant, Milwaukee, Wood, Waukesha and Waushara counties.

When the northern black widow is found in Wisconsin, it’s most often found in Door County, Draney said.

There has never been a report of a person being bitten by a northern widow, Draney said. If that were to happen, he said a bite could be painful and potentially cause muscle contractions that could impede breathing. The "good news" is Draney said the spiders rarely bite humans.