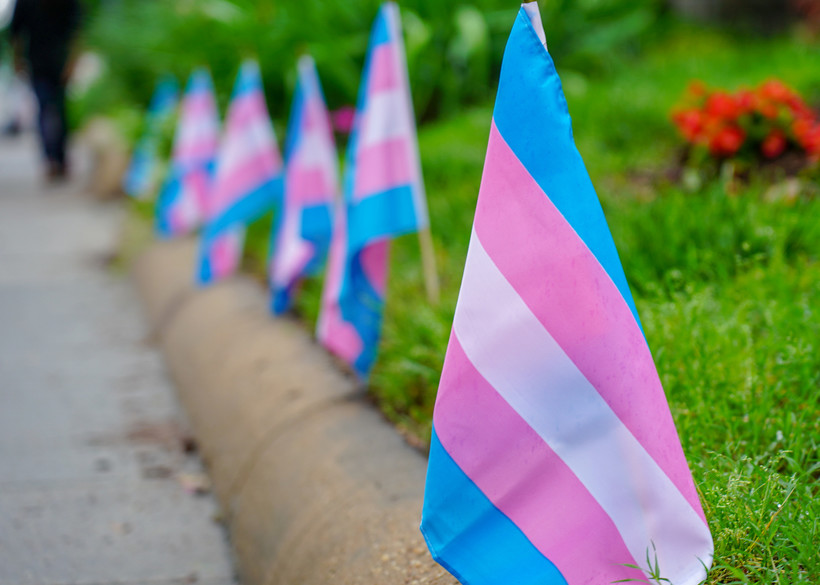 Rice Lake policy allows transgender, gender non-conforming students to change the names, pronouns they use at school without asking their parents
By Leah Treidler
Share:

In a small northwest Wisconsin community, a controversy is unfolding over the school district's policy to allow transgender and gender non-conforming students to change the name and pronouns they use at school without telling their parents. The debate mirrors rhetoric overtaking districts across the state and around the country.

After months of heated discussion, the Rice Lake Area School District released a revised draft of the original policy, which would require transgender and gender non-conforming students to get written consent from their parent or guardian before changing their name or pronouns.

That draft headed to the district's school board meeting for a first reading Monday night, where community members, parents and teachers lined the room, awaiting their turn at the podium.

"If I have a student coming to school that has issues like this, I would want to know that as a parent," said Kelly Sellers, a community member. "As a parent, I put a lot of time and a lot of money into my kid … and for parents not to have a right to know what's going on with their child is totally wrong."

Similar arguments have led to lawsuits in other districts.

In 2020, parents filed a lawsuit against the Madison Metropolitan School District, alleging the district's policy allowing transgender students to change their names and pronouns violated their constitutional rights. Then this month, parents sued the Eau Claire Area School District over a similar policy, saying it violated their constitutional rights and religious liberty.

Ken Hood, a Rice Lake parent and former substitute teacher, said the top priority should be making kids feel safe and free to express themselves in the classroom.

"When transgender students and students who don't conform to gender stereotypes feel threatened, that is when academics will suffer," Hood said. "Kids who don't have the support they need are the ones who will fall through the cracks."

But "hateful, political rhetoric meant to divide and confuse us" has made its way to Rice Lake, Hood said.

The issue at hand is simpler than that, though, said Angela Televandos, a community member who spoke at the Monday meeting. She believes it all boils down to parental consent.

"As parents, you consent to everything with your child," Televandos said. "When school starts, and you're filling out all the paperwork, you are consenting to allow your child's picture to be allowed in the newspaper or in the yearbook. You have to consent as a parent to allow your child to go on a field trip."

Changing the policy, Televandos said, won't take anything away from students, and will still give them access to safe spaces.

Mary Hoeft, a grandmother of three Rice Lake students and co-founder of the LGBTQ+ support group Rainbow Alliance, disagreed. She said requiring students to get their parents' permission to change their name is not the same as getting their parents to sign off on a field trip because not all parents are accepting of their kids' identities.

"It would be wonderful if there was that kind of dialogue and that kind of open relationship between parent and child," Hoeft said. "But what we've done right now is put children in the position where they're going to have to go into closets."

The proposed policy change, Hoeft said, would make it harder for teachers to support their students and give them needed advice. Without that help, and without the protection of the original policies, transgender students' mental health is in danger, she said.

"The struggles that these children face are so challenging. I feel the vote, I feel the policy change is going to make it for some insurmountable," Hoeft said.

Transgender youth are at higher risk of mental health issues. According to a 2022 national survey, more than half of transgender and non-binary youth said they'd seriously considered suicide in the past year, and around a third said their home was a gender-affirming space.

The School Board used to be more supportive of transgender students, said Abbey Fischer, a former School Board member. But national politics have reshaped the board in the past few years, she said, and sentiment over LGBTQ+ policies has changed.

Fischer, who identifies as a lesbian, stepped down earlier this month amidst heated School Board debate over the policy about transgender students.

"To hear about people who I believe are in the rainbow with me, it makes me feel awful," she said. "And towards the end of our discussions, I started sharing my own personal stories, trying to help them understand what it means to come out and was completely dismissed and told I was putting too much into it and that's not how it is."

Those debates strained her mental health, Fischer said, and eventually led her to step down.

The revised policy will likely pass, Fischer said, and she believes that will take a toll on transgender students, including those who haven't come out yet and may now decide to stay in the closet.

The debate goes beyond the transgender policy, she said. After a parent complained, Fischer said, a Rice Lake high school principal removed a sticker from a teacher's door that said the classroom welcomed people of all identities and sexualities.

Board members will cast their vote on the policy during a meeting Monday, Oct. 10.