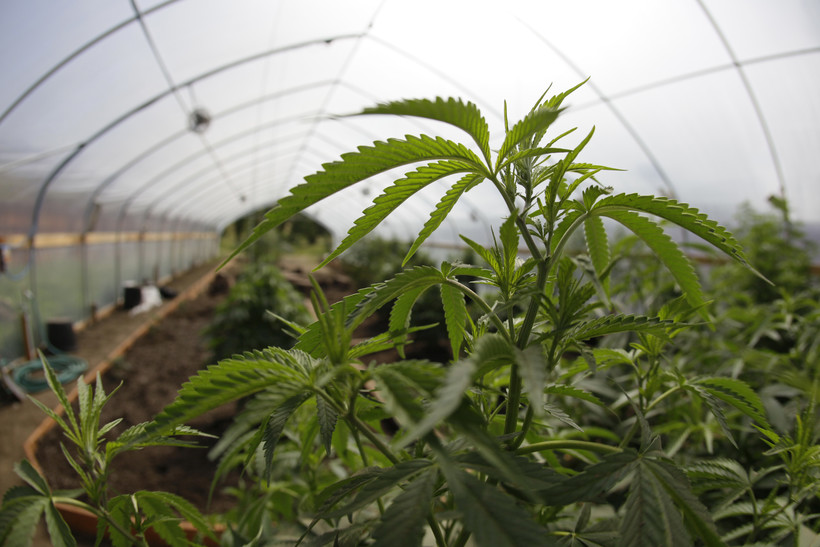 Republican lawmakers spearhead another attempt at medical marijuana in Wisconsin

Two Wisconsin Republicans announced another attempt Wednesday to legalize medical marijuana in the state. Bill sponsors say they want to join 36 states already offering that treatment, but the proposal faces opposition on both sides of the aisle.

The bill would allow patients under a limited list of qualified conditions to use medical marijuana with a referral from a doctor.

State Rep. Pat Snyder, R-Schofield, who is the bill's sponsor, said the measure would create a tight regulatory structure for medical marijuana while giving patients multiple options for using it.

"Patients will have the legal means to receive the help they need, tax-free," said Snyder.

The bill places a tax on producers selling to dispensaries, but not on patients or caregivers.

"When you look at the map of states where medical marijuana is legal, you'll see conservative states like Florida and South Dakota and more liberal states like California and New York offering a compassionate option for those that need relief," said Felzkowski.

It's the second time Felzkowski has sponsored medical marijuana legislation. She advocated for a similar bill in 2019.

Republicans in recent months have put their support behind plans that would increase penalties for possession of marijuana. A bipartisan plan unveiled in November would lower penalties for most parts of the state while increasing fines in some of the state's largest cities.

Another proposal, which passed the Assembly last week and the Senate Tuesday, would increase penalties for repeat offenders of the state's possession laws.

Democrats, meanwhile, counter Felzkowski's bill doesn't go far enough. State Sen. Melissa Agard, D-Madison, said in a statement the proposal "only addresses a small fraction of those who will benefit from a legal medicinal market."

"I appreciate that more folks are coming to the table to address cannabis prohibition including my (R)epublican colleagues," said Agard. "Wisconsin will best move forward through fully legalized cannabis for adult, responsible usage. That is where I am putting my time and energy."

Agard was one of a number of legislators behind an amendment to the repeat offender bill which would legalize medical and recreational marijuana. That amendment did not receive a vote in the Senate.

In past state budget plans, Gov. Tony Evers has proposed legalizing both medical and recreational marijuana. Both times, the GOP-controlled legislature dismissed the idea.

Outside state government, the idea of legalizing marijuana in some form continues to attract broad support. A 2019 Marquette Law School poll of Wisconsin voters found 83 percent of respondents supported legalizing medical marijuana in the state. Fifty-nine percent said recreational marijuana should be legal.

Though possession continues to be illegal in Wisconsin, state residents still cross state borders to buy weed from nearby states such as Illinois, which have legalized recreational cannabis.