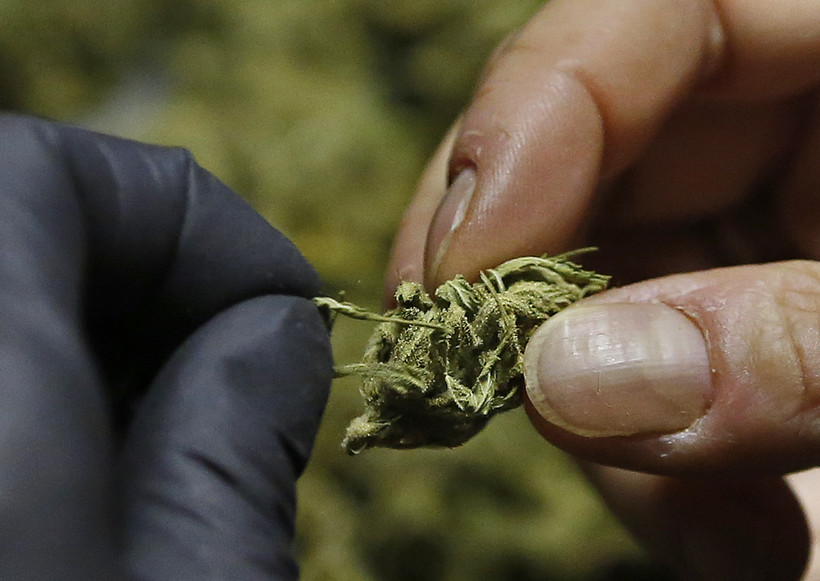 A bipartisan proposal at the state Capitol would lighten penalties for marijuana possession in many parts of Wisconsin, but increase fines in a few of the state’s largest communities — including Milwaukee and Madison.

Under the plan, the state penalty for possessing up to 14 grams of marijuana would be reduced to a $100 civil forfeiture, similar to a speeding ticket. Current state law makes first-time marijuana possession a misdemeanor, with a penalty of up to a $1,000 fine and six months in jail.

Current law also allows local governments to set their own penalties for possession, which some have elected to do. That allowance would remain in place under the new proposal, but it would require communities to impose a forfeiture between $100 and $250 or community service requirements between 16 and 40 hours.

That would mean steeper penalties in some communities, and large cuts in others.

For example, Madison does not impose any penalties for marijuana possession under 28 grams for people over 18 years old and Milwaukee County only fines $1 for possession. The same $1 fine is in place in Eau Claire. According to a 2019 report from the Wisconsin Policy Forum, financial penalties in communities including Green Bay, Wauwatosa and West Allis are hundreds of dollars.

Speaking at a Tuesday press conference at the Capitol, Rep. Shae Sortwell, R-Two Rivers, one of the bill’s sponsors, said he believes the plan is one lawmakers with opinions on either end of the marijuana legalization spectrum can agree on.

"I believe that this bill that we have put together does our best to kind of pull together the best of both worlds, try to bring together all perspectives across the state to try to find some sort of middle ground where we can move forward," he said.

Under current law, repeat marijuana possession charges are felonies, with penalties of up to three and a half years in prison and fines of up to $10,000. The bill would eliminate the increasing scale of penalties, including felony charges, for repeat possession offenses, as long as the repeat offenses involve less than 28 grams of marijuana. It would also limit the liability of employers that don’t do drug testing on employees.

Rep. Sylvia Ortiz-Velez, D-Milwaukee, another sponsor of the plan, argued lowering penalties on marijuana possession would help curb the state’s opioid epidemic by providing a more feasible alternative to opioid use.

"Too many people are dying and suffering because they don’t have access to a plant which is considered medicine in more than two-thirds of the states in the United States," Ortiz-Velez said at Tuesday’s press event.

"What we should think about is whether or not we believe that small possession of marijuana really rises to a felonious act — it does not," she said.

A number of marijuana-related proposals have failed at the state Capitol in recent years. A bipartisan coalition of lawmakers has tried several times without success to pass a bill that would legalize medical marijuana in the state.

According to an April 2019 poll of Wisconsin voters from Marquette University Law School, 83 percent of those surveyed said they support the legalization of medical marijuana in the state. Fifty-nine percent said recreational marijuana use should be legal.

Gov. Tony Evers has proposed legalizing recreational marijuana and medical marijuana in his last two state budget proposals, but the GOP-controlled Legislature has rejected the plans.

Sortwell said Tuesday he hopes the new proposal gets a hearing before lawmakers during this legislative session. He said Assembly GOP leadership "didn’t give him a no" when asked about the plan’s prospects.