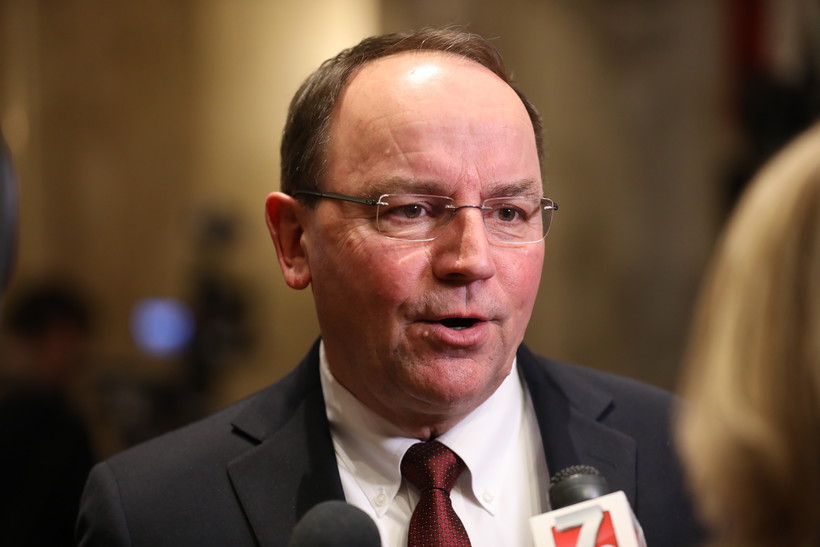 The Republican congressman said restrictions should be up to states, but called the ban a 'commonsense' measure
By Rob Mentzer
Share:

A conservative Wisconsin congressman hinted that he would support a federal law banning abortion after 20 weeks, calling it a "commonsense" policy.

In the same interview, Republican Rep. Tom Tiffany, R-Hazelhurst, said it is "proper" for states to decide on abortion restrictions for themselves.

Tiffany spoke on Wisconsi Public Radio's "Route 51" show ahead of Tuesday's primary, in which he faces an unfunded and mostly unknown Republican candidate in the 7th Congressional District. In response to a question about whether he would favor "a federal law as it relates to abortion access," Tiffany talked about voting in favor of a 20-week abortion ban while he was a state legislator. Republican Gov. Scott Walker signed that bill into law in 2015.

"We can save babies when they're 20 weeks (of gestation) and older," said Tiffany, a longtime state legislator from the Northwoods who was elected to Congress in 2020. "We can save those babies. And so I think there are good, commonsense things we can do."

Republicans in Congress have repeatedly introduced and voted on national abortion bans after 20 weeks of gestation. While the landmark 1973 law Roe v. Wade was in effect, those bans were unconstitutional. Since the U.S. Supreme Court overturned Roe v. Wade in June, it would be possible for anti-abortion advocates to pass nationwide restrictions — and some GOP lawmakers are calling for just that. One proposal among House Republicans would set the restriction earlier, at 15 weeks.

Such national restrictions would not directly affect Wisconsin law, which now bars virtually all abortions after a sweeping 173-year-old ban took effect when Roe was overturned.

In the same interview, Tiffany expressed support for a state-by-state approach to the abortion restrictions the Supreme Court's decision made law.

"Congress could act, but we're returning it to the states," Tiffany said. "And I do think that's the proper place for it to go, is to the states."

Tiffany said he would also potentially support federal funding for crisis pregnancy centers, which have had a mission to dissuade women from getting abortions.

Abortion rights or restrictions are expected to be among the dominant forces in the upcoming midterm elections. In Kansas this week, a proposal to remove abortion rights from the conservative state’s constitution lost in a landslide — something widely interpreted as a seismic event for the politics of abortion.

In June, Republican lawmakers refused to take action in a special legislative session called by Democratic Gov. Tony Evers to alter the state's 19th-century abortion ban. The Supreme Court's decision overturning Roe came days later, shutting down all of the state's abortion clinics and leaving Wisconsin hospitals uncertain about which medical procedures, if any, are legally allowed in cases where the health of the mother or pregnant person is threatened.

Wisconsin Assembly Speaker Robin Vos, R-Rochester, reportedly said in May that he would favor adding exceptions for cases of rape and incest to the state's abortion ban. Last month, he said legislation to add such exceptions was "unlikely."

In an interview last month with WKOW-TV, Tiffany declined to say whether he supports a conservative legal group's draft legislation that would allow citizens to bring lawsuits against those who travel to other states in order to obtain an abortion.