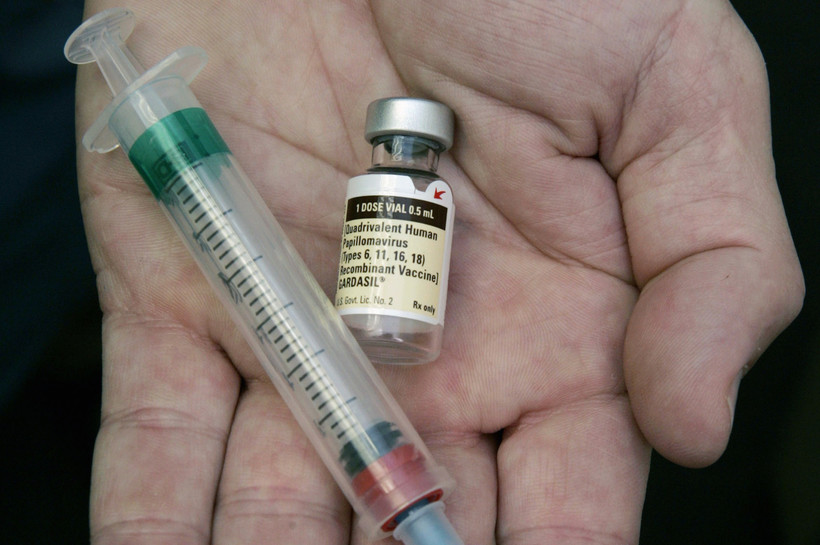 Released Over A Decade Ago, HPV Vaccine Still Hasn't Caught On

The first day of school is just around the corner, which for many also means time to think about vaccines. But one vaccine still isn’t getting the attention it should, says James Conway, associate director for health sciences at the University of Wisconsin-Madison Global Health Institute.

About 40 percent of girls — and 22 percent of boys — have gotten the full human papillomavirus vaccine, and in some counties in Wisconsin the rate is even lower, Conway said.

Compare that to about 90 percent participation for the Tdap (tetanus, diphtheria, whooping cough) vaccine, and frankly, Conway is frustrated.

"The HPV vaccines ... I’m a little frustrated, and you know sometimes even baffled," Conway said. "I mean we've got a vaccine that actually can prevent one of the more common causes of cancers in males and females and in some ways should be a no brainer, I mean it could really change an entire generation."

The Tdap vaccine is required for school, whereas the HPV vaccine isn't. Even the meningococcal vaccine rates — also without a school requirement in some states including Wisconsin — sit at about 80 percent, he said.

First offered in 2006, and initially only recommended for young women, the HPV vaccine is available as early as 9 years old up to 26. By 2010, it was routine to recommend it for young men as well.

"As we study things more, we realize that HPV affects males and females quite a bit," Conway said. "There's almost 10,000 cervical cancer cases every year caused by HPV, but there's also almost 9,000 oral pharyngeal cancers primarily in males that are caused by HPV."

While you can get the vaccine until 26 years old, the earlier the better, Conway said. When it first came out, there were three doses, which has since dropped down to two, so long as it’s completed before 15 years old, when the immune system has a better response, he said.

"We really would strongly recommend that people complete their immunization series before their 13th birthday because we know that that essentially predates most of the types of activity where people come into contact with these kinds of viruses, whether it's actual true sexual intercourse or just close contact with others," Conway said.

About 79 million Americans are currently infected by HPV, with about 14 million new infections each year. Young adults and teenagers see the highest rates.

HPV is a collection of more than 150 common viruses, but only a small number of them can lead to cancer. Transmitted through intimate, person-to-person contact, it’s so common that most people get it during their lifetime.

Symptoms often aren't apparent, and more often than not, it goes away on its own. But when it doesn't, it can cause cancer of the cervix, vagina, vulva, penis or anus, as well as throat or mouth.

"This should basically be a routine for every kid," Conway said. "I think every kid deserves the opportunity to be able to prevent cancer in their lives and that's really what this is all about."

Part of the disconnect falls on age, and the doctors giving the vaccines, he said. Cancers related to HPV typically show up in people's 30s through 60s, something pediatricians don't often see.

"I think it's a lot easier when you're talking to somebody about a vaccine and say, 'Oh yeah, I've seen pertussis (whooping cough), it's terrible,'" Conway said. "We realized that we needed to do a lot more education for the providers ... because this was really a new thing that was dumped on their lap."

The newness of the vaccine also applies to its slow embrace, he said. Both the Tdap and meningococcal vaccines also came out in 2006.

"But I think those vaccines were sort of improved models of vaccines that had been around for a long time," Conway said. "This was really a new thing. And so I think there was a little bit of hesitancy in the beginning."