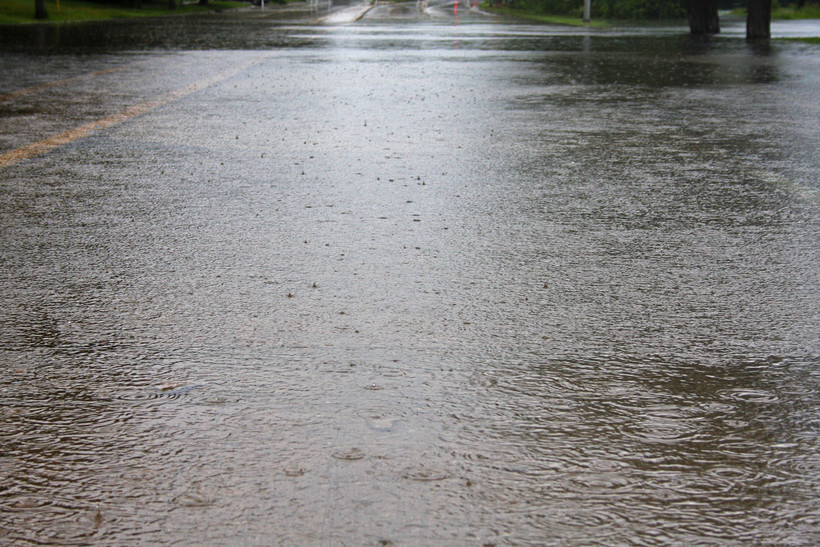 Floodwater spills out of the Tenney Park Lagoon and onto East Johnson Street after heavy rainfall Monday, Aug. 20, 2018. Jenny Peek/WPR

As more time passes since severe weather affected parts of Wisconsin this past summer, federal and state officials are still reminding residents that disaster recovery aid is available.

Kevin Noe, public affairs specialist for the U.S. Small Business Administration, said his biggest concern is that people remember to sign up.

"The storms happened in August and September and people's minds may be now going towards the holidays or other things going on in their lives. We don't want them to forget that this option is there for them," Noe said.

"Everything may be put away and you've replaced items. But this winter when it's bitterly cold, you could see some cracks in the foundation. If you're not registered, you're not going to be able to go back and say, 'Hey, I still have more damage that was probably a result of this flooding,'" Getter said.

Getter said the amount of federal aid provided to Wisconsin isn't affected by other natural disasters in the United States, like the recent wildfires in California or hurricanes ravaging coastal areas.

"I had a case last week where an elderly person has been out of his home because it was so heavily damaged and he still hadn't requested disaster assistance. He was just having friends and neighbors helping and he didn't want to take money away from anyone else," Getter said. "You don't take money away from anybody else. You're getting assistance you need to help recover."

Noe said 382 residents have already applied for the U.S. Small Business Administration's low-interest loans and the agency has awarded about $1.93 million in loans so far.

FEMA spokesman Jim Homstad said the agency has worked with 2,985 residents so far, but only some of those people are eligible for FEMA grants.

"There are limitations to the program. For example, if you received insurance benefits to help you in your recovery, by law FEMA cannot duplicate those benefits. Also the limit for any one household in terms of disaster grants is $34,900," Homstad said.

Even with the program's restrictions, Homstad said it’s important for residents to register with FEMA in order to access other aid programs.

Residents can register online, over the phone or at one of the disaster recovery centers throughout the state.

Officials said that 759 residents have visited recovery centers so far, but Homstad said not all of the offices are open all the time.

"We're doing what we call a circuit. So we'll open (the disaster recovery centers), close them, re-evaluate. We’ll consult with state and local officials and decide whether we reopen the office again," Homstad said.

Homstad said the one exception has been Vernon County, which is in their third straight week of recovery center hours.

"Vernon County was severely affected by these severe storms and flooding and they've been busy. So that one has been a constant," Homstad said.

Residents have until Monday, Dec. 17 to register for federal assistance.