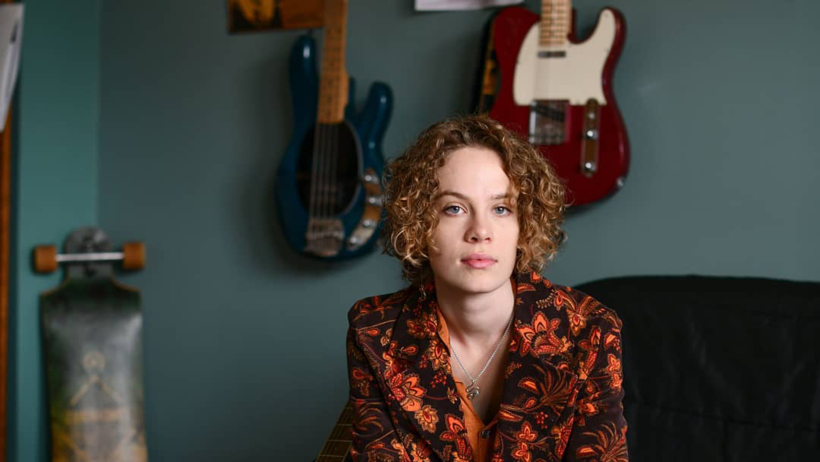 Raine Stern Hopes You Like The Music And Embrace The Message

Madison's Raine Stern Shares Thoughts On 'The Voice' And Music As A Medium For Change
By Melissa Ingells
Share:

As a guitarist, singer/songwriter and arranger, Raine Stern likes to be the force behind every bit of her music, a talent that has earned favorable comparisons to Prince.

The Madison-based performer recently won a spot on Nick Jonas’ team on the NBC reality TV show "The Voice." She tried out after an agent saw her performances on YouTube and encouraged her to audition. WPR’s Melissa Ingells caught up with Stern just before she began another round of recording, and asked what the big audition was like.

The Experience Of Auditioning

Raine Stern: It is real. You don’t see the coaches. They don’t see you. You do walk up onto that stage and perform your song for a virtual audience that’s brought in by Zoom. And they have "The Voice" band, and they’ve been there for a long time, and we got to rehearse offstage in a rehearsal studio space, and then onstage, and that’s it. You just get boom, boom, go.

Music As A Medium For Change

Melissa Ingells: What are you hoping to gain from working with Nick Jonas? How do you want that to advance your performing?

RS: So, the first thing I want to get out of this, and still do, is just exposure — having Nick Jonas, Blake Shelton, John Legend and Kelly Clarkson know my name. They know who I am, and when I drop my music ... I said to Kelly Clarkson right before I came home, "Hey, I don’t even really care what happens as long as, when I drop my album, you guys listen to it." And she was like, "I will, Raine, I will!" So, we’ll see.

And what I want to get out of this is an awakening of society, and to be on the forefront of that with other people who have that same goal. And that’s why this is a great platform for that, because now people see, "Oh, young woman, shredding on the guitar, very cool, let’s talk to her." And then the respect and the platform to have the bigger, more important discussion is now there.

Now that I have your attention, you know, I am who I say I am, I have every intention of being a leader for a community and not a celebrity for fans. There’s a completely different way of looking at this, and that’s my real goal.

MI: You were talking about music as really ... I don’t like to say 'means to an end' because that sounds cynical, but as a medium to lead, to set out ideals and try and make those real. Who, in your opinion, has come closest to doing that in the musical world? Who would you look to as a model, or at least an inspiration?

RS: I am so influenced by any women that break into the industry or anything in life, that they go forth and they do so with confidence and power despite the insane load of misogyny that’s coming their way. So, in that way, and also as a person who’s wildly outraged by our climate crisis … the young, Swedish Greta Thunberg is a major inspiration for me. I would love to — and will make certain — that someday, at an event that Greta’s speaking at to raise money for something, I will donate a performance, and I’ll put on a concert for that because I believe in that.