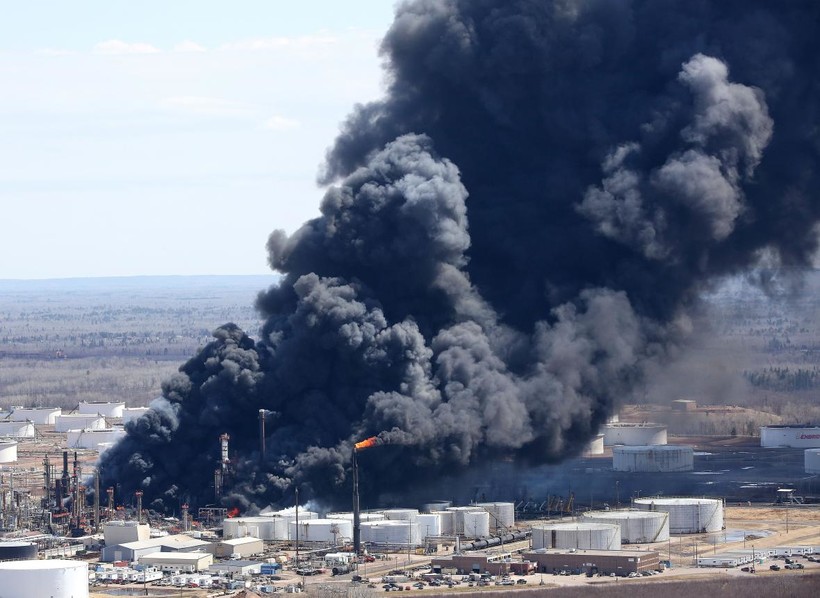 Husky Energy will have to upgrade safety and install solar panels to offset emissions from the 2018 explosion at its Superior refinery. The projects are part of a proposed settlement filed Friday in federal court.

Husky, which does business as Superior Refining Co. in Wisconsin, will make safety upgrades to its hydrofluoric acid (HF) tank under the agreement with state and federal justice officials. Concerns about an HF release prompted a temporary evacuation for some of the city’s 27,000 residents during the aftermath of the explosion April 26, 2018.

While no release occurred, Husky has already said it will make safety improvements to its HF unit as part of its $400 million rebuild. The improvements include installation of a rapid acid transfer system that can move hydrofluoric acid to an emergency holding vessel in the event of a release. Planned upgrades also include enhanced leak detection with a laser detection system and cameras, as well as additional layers of water protection.

"Superior Refining shall retain a qualified, third-party consultant or consultants with knowledge in refinery processes and operations relevant to the HF Unit to assist Superior Refining's development and implementation of each of the upgrades," states the proposed settlement.

The agreement also includes a study of physical barriers or other measures that could mitigate the effects of an HF release.

Superior Mayor Jim Paine said he hasn’t seen the agreement, but he trusts state and federal officials to improve safety.

"This is a refinery in the middle of an urban area. Increasing safety, mitigating risk is an ongoing permanent effort. Having a major energy producer in your community always carries with it some level of risk," said Paine. "We always have to be assessing that and making that refinery and the community that surrounds it safer."

The proposed settlement also requires Husky to spend at least $290,000 to replace or retrofit inefficient wood-burning stoves or furnaces at homes, churches or schools spanning a seven-county region and several reservations in northern Wisconsin. At least 12 percent of the funding must be dedicated to rebates or discounts for low-income households. The work must be completed within four years.

The agreement would also include installation of solar panels at the University of Wisconsin–Superior that would provide at least 440 kilowatts of power. A university spokeswoman said the university would be pleased to be a beneficiary if the settlement is approved.

The projects are anticipated to offset more than the emissions released in the 2018 incident, amounting to roughly several hundred tons. An estimated 125 tons of nitrogen oxides, volatile organic compounds and other emissions were released during the explosion and fires.

The agreement now goes before a federal judge for approval.

The proposed settlement is part of a negotiated amendment to a consent decree that was reached between justice officials and former refinery owner Murphy Oil in 2011, which aimed to resolve federal Clean Air Act violations.

Husky bought the Superior refinery from Calumet Specialty Products in 2017, and the company is obligated to meet terms of the consent decree.

"We believe it’s important to see the amendment finalized as we move forward with re-opening the refinery, and continue to contribute to the Superior community," said Husky spokesperson Kim Guttormson in an email.

The company is continuing work on rebuilding the refinery, including installation of pilings to support foundations for equipment. Husky expects to resume full operations next year.

The refinery employs about 200 people during normal operations with a more than $25 million annual payroll.