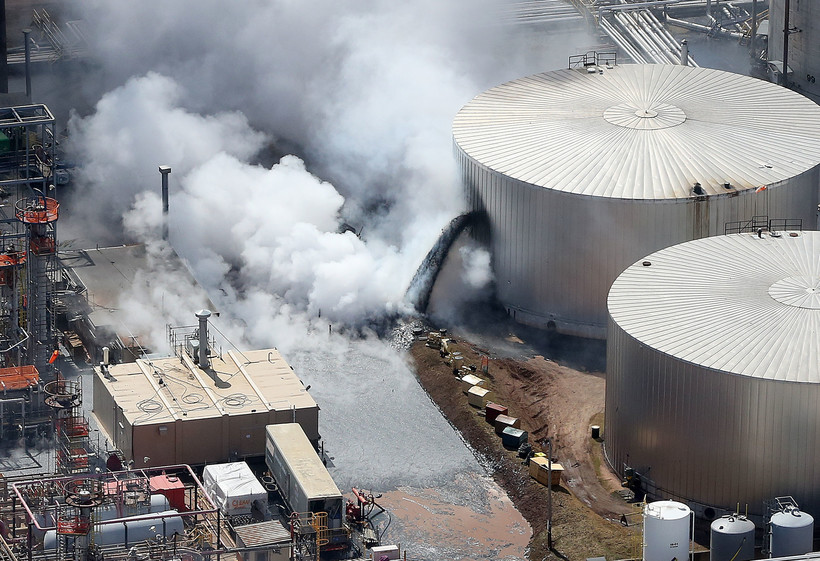 Black liquid pours from a tank at the refinery site Thursday.

Investigators On Scence Looking Into Cause Of Blaze, Helping With Cleanup
By WPR Staff
Share: 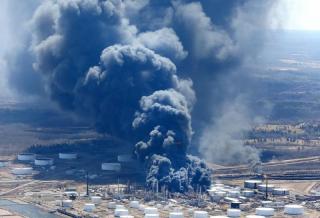 Residents in Superior returned to their homes Friday morning after explosions and a series of fires at an oil refinery forced the evacuation of a large swath of the city.

One of those who returned home Friday was Kathryn McKenzie of South Superior. She took her belongings and left town when the evacuation order came Thursday.

"It’s scary, it really is. For us it was easy because we know we have property and our friends have property, so we could leave," McKenzie said. "But for people who didn’t have a place to go, or didn’t know what to do ... or didn’t have transportation, I don’t know how they did (it) because I’ve been too tired to think about it," she said. "I mean I’m home now and that’s a good thing.”

The blaze at the Husky Energy refinery began Thursday morning, sending plumes of dark smoke into the air for much of the day. Concerns over air quality and dangerous substances prompted an evacuation 10 miles to the south of the refinery and six miles wide that lasted through the night.

Douglas County Emergency Management Director Keith Kesler said air monitor results from the U.S. Environmental Protection Agency look good, making it safe to lift the evacuation order. There will still be barricades around Stinson and Hill avenues. Only refinery and essential personnel will be allowed beyond at this point.

The Superior refinery is Wisconsin's only refinery, producing gasoline, asphalt and other products.

Superior Mayor Jim Paine commended local, state and federal officials who came together to respond to the fire, evacuation and state of emergency.

"It took many, many hands putting this together and making sure there were zero fatalities — that the injuries that were sustained were small in number and treatable," said Paine. "Everybody’s going home right now. In of the largest disasters this community has ever seen, everybody is going home the next day."

McKenzie said the evacuation reminded her of a benzene spill in the city two decades ago. A broken rail line caused a Burlington Northern train to derail in Superior in 1992, spilling nearly 22,000 gallons of benzene, gas and crude oil into the nearby Nemadji River.

Brenda Archambeau Morrow of Superior said she was pleased with the Superior School District's response to the evacuation, which provided updates throughout the day on the fire.

"I received at least 4-5 messages from the school yesterday and felt they followed protocol and had an action plan," she said. "When city officials told them to evacuate, they did! I personally removed my son from the middle school prior to the evacuation."

She said her husband works at the refinery, but he was not there when the explosion happened. Vehicles moved at a snail's pace along North 28th Street in Superior mid-afternoon Thursday as parents picked up their children from schools nearby the refinery.

"Husky is handling everything themselves inside their facility. They are monitoring the water quality in Newton Creek, and I know they have a boom across the creek in case anything gets to it," Kesler said Friday evening. "They put some pumps in the ditches that are pumping water back into their facility to contain it. That water is going to be tested and treated to see what needs to be done with it. At this point, nothing has gotten through Newton Creek down to Lake Superior."

Reflecting on the incident, Kesler said the event "could have been a lot worse and gone on a lot longer." He expressed gratitude to emergency management in St. Louis County, as well as emergency services who offered assistance from northeastern Minnesota and northwestern Wisconsin.

Kesler noted the refinery is doing everything it can to contain product or oil onsite.

Officials were concerned Thursday about air quality and the possible release of hydrofluoric acid, a strong inorganic acid used for industrial purposes but can cause serious health effects in people exposed to the chemical. 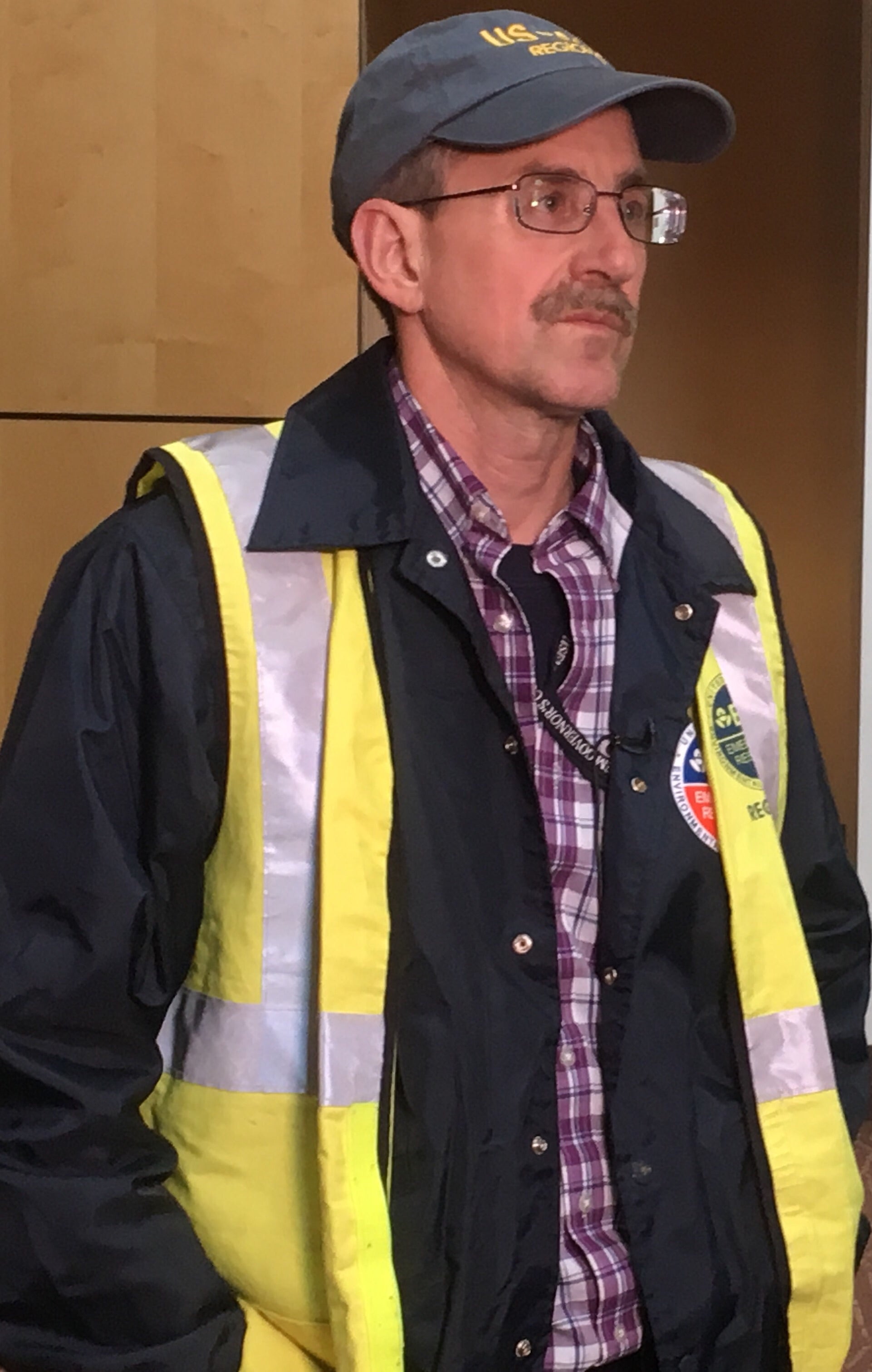 The EPA began air monitoring Thursday, primarily for first responders and police in the hot zone, making sure they had adequate resources for protection.

"We’re going to continue that monitoring through the rest of (Friday) night," Morrison said. "Even though the fires are out, we want to make sure there’s no more risk."

The Wisconsin Department of Natural Resources is monitoring boom containment in Newton Creek to ensure any firefighting foam or oil sheens are addressed and recovered.

"They’re also going to be doing some water quality sampling to see if there are any pollutants of concern that have gotten into the creek, and, if there are, what their mitigation to that is going to be," Morrison said.

The DNR is testing for a large suite of contaminants, including volatile and semi-volatile organic compounds, polycyclic aromatic hydrocarbons (PAHs), metals and petroleum-related chemicals.

If people were breathing the plume in high concentrations, Morrison said they would experience symptoms like a headache or cough.

"That would mean that you were now getting exposed to something you shouldn’t, but at the thresholds we were monitoring at, nobody was exhibiting those symptoms or should exhibit those symptoms," he said.

Morrison said first responders and personnel at the refinery were wearing personal monitor alarms to alert them if any concentrations in the air raise health risks.

If conditions continue to improve, he said the EPA will discontinue air monitoring Saturday morning. However, the refinery would continue air and water quality monitoring, as well as maintenance of the boom in the creek and recovery of firefighting water and foam that has left the site. He said they will work with the DNR on monitoring at the facility.

Schade said their focus Friday remained on securing the facility with their emergency response team and the cleanup that is to follow.

"First thing we have to do is get in and do an assessment. We need to understand what we have, what we have to work with and from there we will use the employees as a workforce," said Schade. "Also, as we typically have in the past, we do use a fair amount of the Superior contractors around here that have the expertise that we may not have at the refinery. We will continue to employ them as necessary to help cleanup as well." Cloudy and rainy skies over Superior on Friday, April 27, 2018, the day after an explosion and fires at Husky Energy oil refinery in Superior, Wisconsin, on Thursday, April 26, 2018. Danielle Kaeding/WPR

A statement from the U.S. Chemical Safety and Hazard Investigation Board states that while the board does not issue citations or fines, it does make safety recommendations to plants, companies and regulatory agencies like OSHA and the EPA.

Tom Zoeller, a senior advisor to the board, told WPR on Friday it’ll likely be several days if not weeks before they have an understanding of why the explosion and subsequent fires happened.

Zoeller said the goal of the board is to add to the list of best practices for the oil refining industry.

Firefighting foam pools in a ditch nearby the refinery, which will need to be recovered. Danielle Kaeding/WPR

It could be 12 to 18 months before the board issues a final report, Zoeller said.

Kesler said refinery officials spent most of Thursday night walking through to assess the situation.

"They're still working internally on verifying the stability of the facility," he said Friday morning.

They want to make sure the refinery is secure and safe to access as they begin a review, Kesler said, and they're assuring people it's safe to return to their homes.

OSHA confirmed Friday it has opened an investigation into the explosion, and said the agency’s Eau Claire office is responding and working with local and state authorities.

Husky Energy purchased the refinery from Calumet Specialty Product Partners in 2017. The oil refinery was built in 1951 and was owned by Murphy Oil USA from 1958 until it was purchased by Calumet in 2011.

In 2015, Calumet Superior was fined $21,000 over "emergency response and flammable liquids violations. Those violations were marked as settled and the problems solved by the end of that year," the email from OSHA to WPR stated.

"It was the only OSHA enforcement action taken against this location when it was run by Calumet Superior LLC in the past 20 years, according to a search of the agency’s database," wrote Scott Allen, regional director for public affairs and media relations for the U.S. Department of Labor, which houses OSHA.

Eleven people were reportedly injured Thursday and treated in area hospitals but no one died. Beyond that, Kesler said he has not received any reports of health impacts due to fire.

In a statement Friday, Essentia Health said it treated 16 patients after the refinery fire. One man who suffered a blast injury was admitted to St. Mary's Medical Center in Superior and is listed in good condition, the hospital wrote in the release. Others were treated and released from the St. Mary's Hospital-Superior and St. Mary's Medical Center, six of which the hospital said suffered "minor evacuation-related injuries."

Gov. Scott Walker visited the Duluth Entertainment Convention Center where people from Superior were being evacuated to Thursday. He told NPR the incident will be investigated and that he's relieved no one was killed.

"There will be plenty of research done to figure out what ultimately brought about this in the first place, but to see the kind of response, as much as you don't want to have this in any community, to me anytime you don't have a fatality after an explosion like this that in and of itself is a remarkable success story," Walker said. 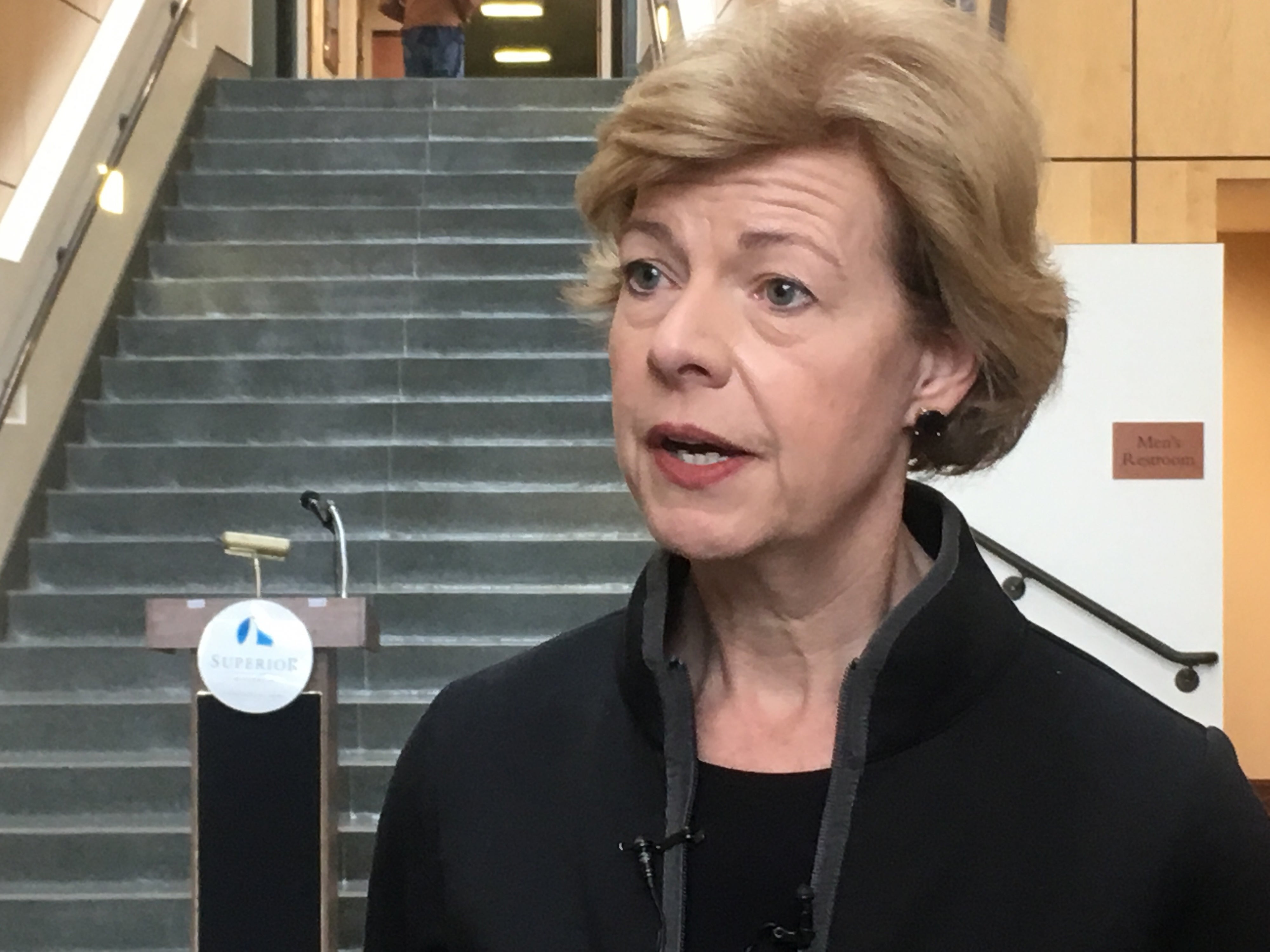 U.S. Sen. Tammy Baldwin, D-Wisconsin, canceled a trip to Janesville to visit Superior on Friday. Baldwin said she plans to touch base with first responders, tour the site, meet with workers and talk about next steps.

Baldwin is the ranking democratic member of the U.S. Senate Subcommittee on Employment and Workplace Safety. She said the incident is going to be very important in terms of oversight and ensuring agencies are protecting workers.

"There are still lessons to be learned and certainly reducing comparable risks in other work sites that could be comparable in terms of the risk of explosion and fire," Baldwin said.

The University of Wisconsin-Superior evacuated campus Thursday and canceled classes Friday. On Friday morning, the university said it would resume operations Saturday and students can return to their residence halls at noon Friday but not Friday morning.