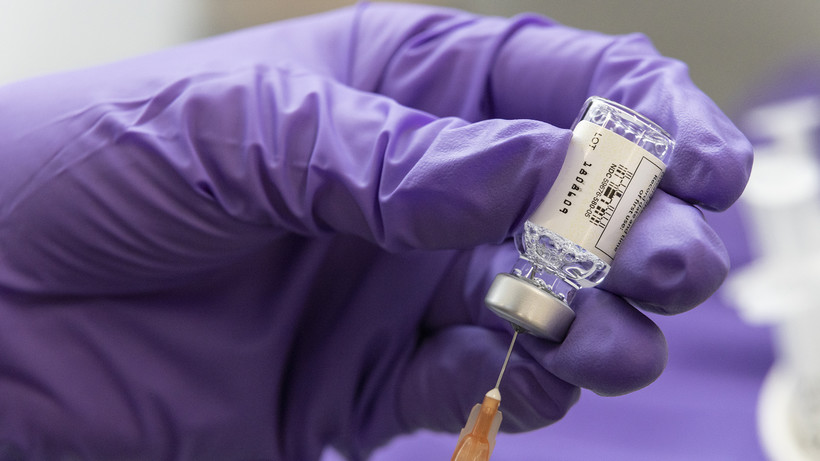 Proposal Would Make Vaccine Tampering, Destruction A Felony In Wisconsin

Intentionally destroying or spoiling a vaccine would be a felony in Wisconsin under a new proposal before state lawmakers.

Under the bill, a person who is intentionally reckless with a vaccine and renders it unsafe or unusable could be charged with a Class I felony, which comes with a penalty of up to $10,000 or 3 1/2 years in prison.

Last year, a former pharmacist at Aurora Medical Center in Grafton was arrested after admitting to deliberately spoiling more than 500 doses of coronavirus vaccine.

Sen. Duey Stroebel, R-Saukville, who is sponsoring the bill, told lawmakers Thursday that current Wisconsin law "isn’t as clear as it could be" for similar crimes in the future.

"Any effort to destroy or render ineffective one of our best weapons in this fight should be met with stiff penalties," Stroebel said at a Senate judiciary committee hearing Thursday.

Stroebel said the "COVID-19 pandemic is definitely receding," saying that is due, in part, to the "widespread availability of the vaccine."

According to the state Department of Health Services, about 43 percent of Wisconsin residents have gotten at least one dose of COVID-19 vaccine and about 33 percent are fully vaccinated against the disease.

No groups have registered their opposition to the proposal. It has yet to be voted on in a Senate or Assembly committee.

Lawmakers also considered a bill on Thursday that would require the state to direct the entirety of prisoners’ federal COVID-19 stimulus checks to victim restitution payments.

Restitution payments are awarded by courts to crime victims to cover things like injuries, damages or stolen property.

Under the bill, inmates’ stimulus checks couldn’t be used for other things, like paying child support or buying items from the prison commissary. Current state restrictions allow up to 50 percent of an inmates’ account to be put toward restitution.

During committee testimony, Sen. Julian Bradley, R-Franklin, the plan’s sponsor, argued prisoners shouldn’t be allowed to financially benefit from the stimulus payments, because they haven’t felt the economic effects of the pandemic while incarcerated.

"The federal government’s stimulus package has, as this point, sent stimulus checks to imprisoned murders, rapists, child molesters, even though they did not face the same economic challenges as other Wisconsinites," he said.

No groups have registered their opposition to the bill, though Bradley said some have argued the plan is racist, because of the large percentage of Black people incarcerated in Wisconsin.

"They seem to be more worried about the criminals than our victims," Bradley said of that opposition.

He also pointed out that many crime victims who receive restitution payments are from communities of color.

The plan has yet to be voted on in a Senate or Assembly committee.