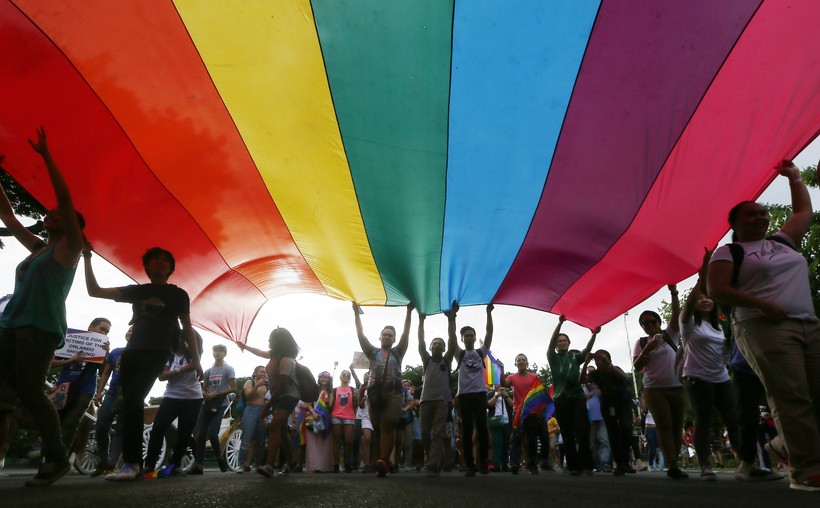 Prompted by Roe decision, bill that would protect same-sex and interracial marriage passes US House

A bill that would protect same-sex and interracial marriages passed the U.S. House of Representatives Tuesday.

The Respect for Marriage Act  is a response to the U.S. Supreme Court’s recent decision to overturn Roe v. Wade, which has prompted concerns that it may be poised to eliminate protections for other rights including same-sex marriage, interracial marriage, and contraception.

The legislation would repeal the Defense of Marriage Act, known as DOMA, a law from the Clinton era that defines marriage as between one man and one woman. Although DOMA remains on the books, the landmark Supreme Court Case Obergefell v. Hodges in 2015 established the right of same-sex couples to marry nationwide.

Conservative critics of the bill say it is unnecessary, and that the Court is not expected to take on marriage equality. But in a concurring opinion to the court’s ruling on abortion, Justice Clarence Thomas suggested that rulings similar to Roe should be reconsidered by the court, including same-sex marriage and the right for couples to use contraception.

"What we're trying to do in Congress is protecting the current law of the land around marriage," he said.

The bill passed the House with a vote of 267 to 157, with 47 Republicans joining the vote. Wisconsin Democrats in the house all supported the bill, as did Republican Rep. Bryan Steil of Janesville.

U.S. Rep. Tom Tiffany, R-Minoqcua, voted against the bill, as did three other Republican representatives from the state. Tiffany called the bill a distraction tactic from Democrats.

"This legislation is nothing more than cheap attempt to fearmonger Americans into believing that every Supreme Court decision is under threat," Tiffany stated in an email. "We all know that's not true. The holding in the Dobbs decision clearly distinguishes Roe and Casey from Loving and Obergefell despite attempts made by some to draw a conclusory connection from the opinions of the Justices."

The legislation is expected to face a more difficult path in the Senate.

Democratic U.S. Sen. Tammy Baldwin, who introduced the Senate’s version of the bill, believes it will have some support from Republicans. She said she is very concerned that the court could challenge the right to same-sex and interracial marriage.

"Those cases were indeed decided with similar reasoning to Roe v. Wade," she said. "And so we need to protect these rights."