As we stand with the citizens of Wisconsin against racism, listening and learning will inform our action knowing that diverse voices enrich our lives and our spirits and challenge our perspectives. Read more
The Larry Meiller Show 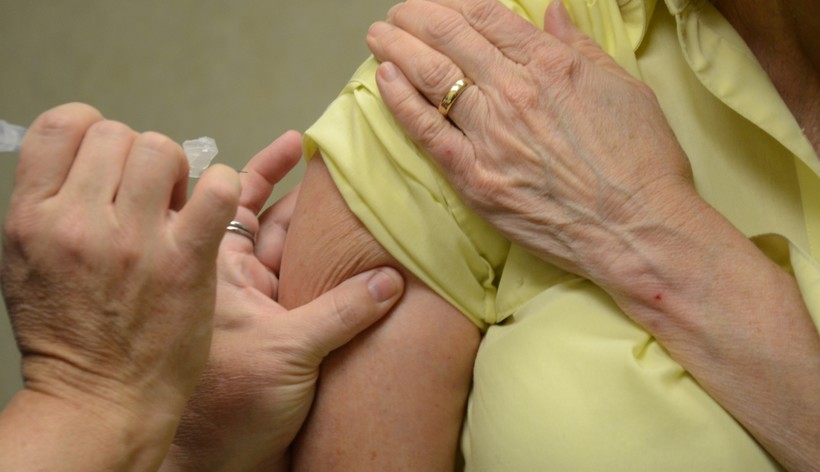 The flu season is up and coming this season, meaning getting the shot is arriving quickly. A pediatrics professor at the University of Wisconsin said there's a reason the push for the flu vaccine during the fall season.

Dr. Jim Conway, a professor of pediatrics at the UW School of Medicine and Public Health, said the flu shot should be an important part of anybody’s agenda, but there are common misconceptions.

"(There are) so many manufacturers and so many different vaccines. Some of them have their product available a little bit earlier than others and we don’t want people waiting and waiting for a particular type and get it your earliest convenience," Conway said.

Influenza is a respiratory virus, which is transmitted through the air by coughing or sneezing and can be picked up through germs on surfaces. Influenza comes in three types -- A, B and C -- and each animal species as their own type of flu, such as bird flu, which can be passed to humans.

In addition, specific groups of the population have a special type of vaccination that is designed to stimulate parts of the immune system that have difficulty reacting to the shot components. For example, the flu mist vaccine is now available for the younger population.

Conway emphasizes the differences between a common cold and the flu. Both have symptoms that involve a runny nose, but the cold doesn't include a fever or the head and muscle ache that the flu is known to produce.

In addition, when getting the flu shot, the area can cause moderate pain for a day or two. But Conway confirms that this type of reaction is normal for the body.

"You are irritating the immune system with the idea of trying to trick it into thinking it’s already gone through some particular disease, so it does get activated," Conway said. "Once you’ve poked at the immune system and agitated it, you want it to respond like that. It is reassuring because [it means] something is actually happening."

Conway said that one of the most important groups of people that should especially receive the flu shot are pregnant women. During their pregnancy, these women have a higher risk of receiving a worse version of the influenza for themselves, and therefore, the vaccine can decrease two-thirds of the cases of the flu in newborns.

Commonly, people associate the flu shot with a reaction to receiving the flu directly after immunization, he said.

"What (the vaccination is) really trying to do is not only prevent severe disease, but also the transmission to others," Conway said. "So, what we really want to look at when we are looking at how good is the vaccine is, if even you get the flu, do you get a mild case."

Lastly, Conway said that is never too early to receive the shot supplying evidence that the vaccination can actually work well into the spring season and the next summer.