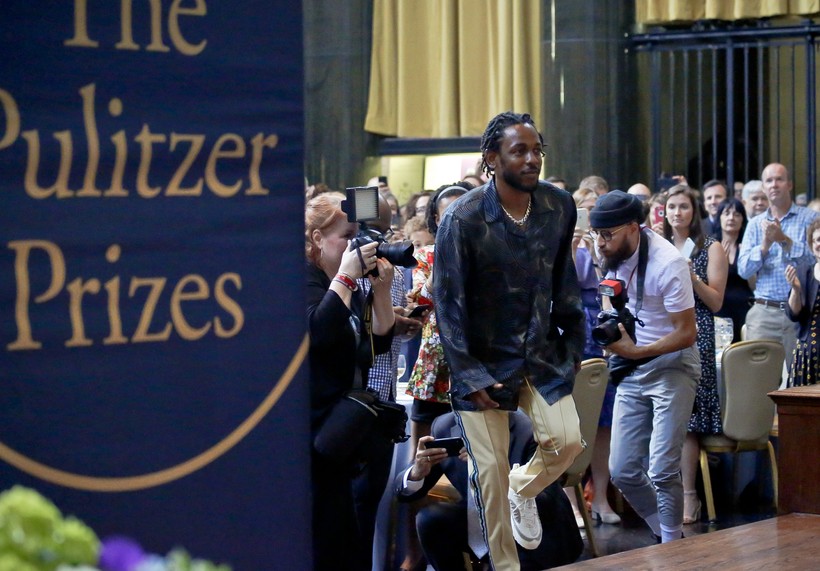 Pulitzer Prize winner for music Kendrick Lamar walks onto the stage to accept his award for his album "DAMN," during the 2018 Pulitzer Prize awards luncheon at Columbia University, Wednesday May 30, 2018, in New York. Bebeto Matthews/AP Photo

Doing Things We Find Joy In Is A Form Of Freedom, Says Sami Schalk
By Elizabeth Dohms-Harter
Share:

When Sami Schalk hears people talking about "guilty pleasures" — especially when the media or activities in question are linked to marginalized cultures — she pushes back.

"I believe that pleasure is freedom," said Schalk, an associate professor in the Department of Gender and Women's Studies at the University of Wisconsin-Madison. "Pleasure is part of liberation."

Schalk has researched disability, race, sexuality and gender in contemporary American literature and culture, especially Black and women's texts. As an academic, she questions what guilty pleasures actually are and whether they warrant the negative associations we assign to them.

"The approach to saying 'guilty pleasure' is a way of kind of distancing ourselves from pleasure," she said.

Schalk said the association of guilt with pleasure often has to do with marginalized or less-powerful groups often being denied pleasure.

Pleasures that are associated with femininity have often been devalued in our world, Schalk said, pointing to romance novels that are regularly denigrated as unimportant or foolish. Schalk also pointed to capitalist culture, where if something doesn't teach us something new or produce something, it's devalued.

"When we devalue mainstream culture, it's one of the ways that we say that this large swath of people that enjoy something, their pleasure is meaningless, it's empty, it doesn't have value," she said.

Schalk's stance on guilty pleasures drew a crowd last year on Twitter after she responded to a Tweet she felt tapped into those unfortunate dynamics.

"There was a person who was doing a news story asking for academics in particular to talk about what their guilty pleasures were," she said. "And some of the examples that people were giving were things that I study and many of my colleagues study in terms of popular literature, popular culture, music."

"I responded to say that a lot of these things that people were saying were their guilty pleasures are actually things that have a lot of importance for people, have a lot of real depth to them when you take time to learn about them, and are often things that are associated with women and people of color, marginalized folks," she said.

In a piece that she wrote for Inside Higher Education that expounds on her comments on Twitter, Schalk argued that the term "guilty pleasure" is tied to a misbelief that smart or serious people must only enjoy things that are highfalutin, elitist or fancy.

She said it's often the people with the most power — traditionally, wealthy white men — who determine what's valuable to enjoy, versus what's a guilty pleasure. She highlighted the interesting example of the rapper Kendrick Lamar winning a Pulitzer Prize for music, an award largely associated with upper-class whiteness, in 2018. Hip-hop, a genre often shunned and dismissed, received attention as something legitimate because of the Pulitzer win, Schalk said. However, Schalk said she believes that's not something that should be up to a sliver of the population.

"I encourage people to just ask the question about why: What's the problem here?" she said. "Is it something that's harmful? Is my pleasure hurting someone, or are you just telling me that the way I experience the world joyfully is bad because it's different from the way you experience joy in the world?"

Schalk, who went viral last year after twerking onstage with rap artist Lizzo, said showing others what you find pleasurable or joyful can make you feel vulnerable, and it also permits others to experience their own joy.

"It's OK to find that thing and enjoy it, especially right now," she said.

Should Pleasure Be Defined As Guilty? 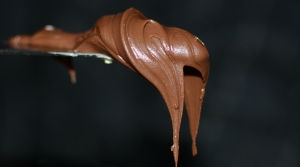 Many of us look to so-called guilty pleasures when we are feeling stressed. We talk about why liking things that are considered a waste of time may actually be good for you.