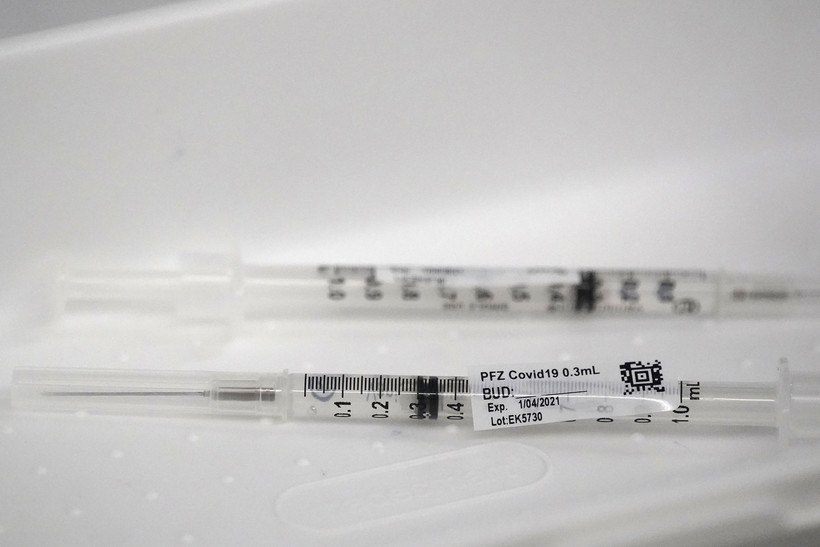 Priority Categories For Coronavirus Vaccine Not Cut And Dried

State Advisory Panel Hashes Out Who Should Be Next In Line, While Some Say They Can't Wait
By Shamane Mills
Share: 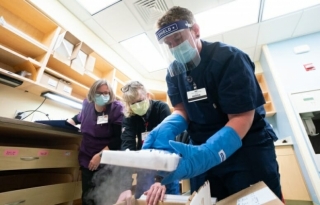 Coronavirus Vaccines: What We Know So Far

In Wisconsin and other states across the nation, the rollout of coronavirus vaccine so far has been slower than promised under the federal Operation Warp Speed initiative. Efforts to pick up the pace are complicated by decisions on who should be given vaccine priority along with supply and distribution issues.

Health care workers in Wisconsin began getting shots Dec. 14 and vaccination of nursing home residents has started. Both are in phase 1a, a priority group established by state and federal advisory groups.

Who should be next in line is still being worked out by a state panel of experts in ethics and health care who are trying to come up with a distribution plan that’s fair and equitable during a time when medical services may be limited because of the pandemic.

"With this particular virus, I don’t blame anyone for wanting to be at the head of the line. This is a terrible situation we’re in. But if you look at the list we have here, that’s half of Wisconsin," said Dr. Jonathan Temte, co-chair of the State Disaster Medical Advisory Vaccine Subcommittee which met Tuesday to consider who should be included in phase 1b.

As of Tuesday, 266,675 doses of coronavirus vaccine had been shipped to Wisconsin and 85,609 shots administered. States find out on a weekly basis how many doses they can expect in the short term, but vaccine subcommittee member Stephanie Schauer from the Wisconsin Department of Health Services said Tuesday the size and pace of future shipments isn’t known.

Guidance from a federal advisory committee says police, firefighters, and those age 75 and older should be in phase 1b, the next subcategory of the first priority group, a decision the state advisory committee won't make until they hear public comment.

But the lines of who should get vaccinated when are already getting blurred.

In Rock County, Mercyhealth intended to vaccinate only health care workers with its first shipment of vaccines, but storage and expiration requirements pushed some other workers in Rock County ahead in line, according to the Janesville Gazette, which reported 56 Janesville police officers received shots in late December. And complicating matters is the fact most of the frontline health care workers were vaccinated at hospitals where they worked. This delayed shots for medical personnel not affiliated with a hospital, like EMS workers.

In Dane County, where vaccinations began Dec. 29, emergency workers were vocal about the need for them to get shots.

"We’re being called into homes of sick people, some who know they’re sick and others who don’t know they’re sick, and our exposure potential (for contracting COVID-19) is enormous," Madison Fire Department Capt. Jennifer Roman told WPR on Monday. Roman is a paramedic and heads the department's EMS division.

Groups representing Wisconsin teachers, prison staff and inmates, and older adults not in long-term care facilities are also among those clamoring to be vaccinated quickly. But federal guidance from the Advisory Committee on Immunization Practices, did not explicitly include incarcerated people, which has left inmates and their advocates wondering when their turn will come.

"The public doesn’t want to support prisoners. But on the other hand, when its someone from their family then they are concerned. And that’s across all racial groups," said state vaccine subcommittee member Mary Muse, who also noted that not vaccinating staff and inmates would make it harder to attract correctional works who fear possibly becoming infected with COVID-19. Muse is director of nursing for the Wisconsin Department of Corrections.