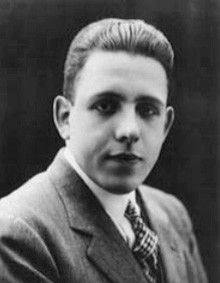 The Price of Originality

Not yet nineteen years old, Francis Poulenc was already one of France’s promising new composers, but in January 1918, with World War I consuming manpower, France had a more immediate need for soldiers, and young Poulenc would find the two occupations a strange mix.

From the start, Poulenc was at odds with military life. He was wealthy, pampered, and flippant, and within a few months, overstaying a leave in Paris, he pulled a ten-day term in a military prison. He wrote to influential friends, hoping for help, but maintained some sense of humor, asking one friend to spread the word about his incarceration because it was so funny.

While he was still in prison, Poulenc received from the flamboyant avant-garde choreographer Jean Cocteau a proposal for a project to be called Jongleurs, and with great enthusiasm he set about writing what he called “a thing of mad melancholy and sensitivity so far unknown in my work.”

Jongleurs–that is to say, Jugglers–began with a prelude so wild that Poulenc dismissed it as noise.  By contrast, he intended the other part of Jongleurs to sound “as clear as Mozart,” and a well-known dancer of the day moved to it with what was called “melancholy grace.”

Poulenc was so concerned with the originality of Jongleurs that he passed up the chance to ask his friend Pablo Picasso to design costumes and sets for it because Eric Satie had recently relied upon Picasso’s designs for his ballet Parade.

His originality would cost him more. The composer came to think of Jongleurs as music that was not quite ballet and yet not quite viable outside the theater. And later in life, when Francis Poulenc decided that the more exotic rhythms of his early days were not representative of his true style, he destroyed several works that employed them, including the wild, youthful Jongleurs.