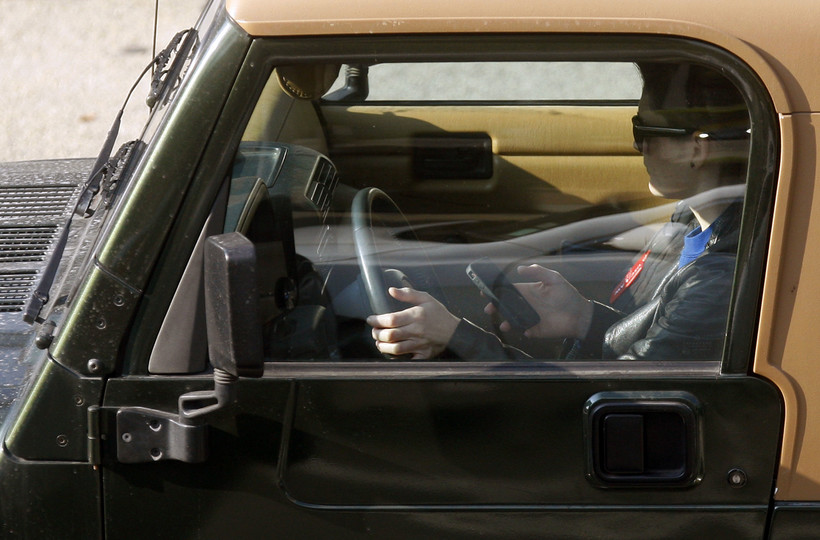 In this Dec. 14, 2011, photo, a driver uses an iPhone while driving in Los Angeles. Among teen drivers, 41 percent had texted or emailed behind the wheel in the previous month according to a study by the Centers for Disease Control and Prevention that was released on Thursday, June 12, 2014. Damian Dovarganes/AP Photo

Driving test waiver for teenagers, online license renewal program have been in place since May 2020
By Shawn Johnson
Share:

Two popular pilot programs that reduced the need for in-person visits to DMV offices are scheduled to expire later this year, leaving their future in Wisconsin unclear.

Both programs began in May 2020 as the state searched for ways to deal with backlogs at Wisconsin's Division of Motor Vehicles during the early months of the COVID-19 pandemic.

One of the programs lets 16- and 17-year-old drivers avoid taking the driving skills test at the DMV if they complete 50 hours of supervised driving and get a signed waiver from their parents. The other gives drivers 65 years of age and younger the option of renewing their license online every other time it's due, meaning they'd have to visit the DMV in-person only once every 16 years instead of every eight.

Both pilot programs have been widely used in Wisconsin.

About 80,000 parents have signed waivers to let their teenagers opt out of the in-person test, according to Kristina Boardman, Wisconsin DMV administrator. That accounts for 88 percent of all 16- and 17-year-old drivers who were eligible, giving the state a large and growing sample of drivers to determine the safety of the programs.

"We've been keeping a very close eye on the numbers from a safety perspective," Boardman said. "And we are not seeing a negative safety result as because of taking this waiver."

During an appearance on WPR's "The Morning Show," Boardman said that 16- and 17-year-olds who used the waiver program got into crashes at a lower rate — 3.2 percent — than those who took the driving test in-person at the DMV, or 3.9 percent.

About 200,000 drivers have used the other program letting drivers renew their license online, Boardman said. When it comes to their driving records, Boardman said there's been "virtually zero difference" between those who renew online and those that renew in person.

The DMV started both initiatives using a state law that gives the state Department of Transportation the power to start pilot programs to collect highway safety data.

The DOT proposed making both programs permanent in the state budget Gov. Tony Evers delivered to the state Legislature last year, but lawmakers rejected the ideas.

Boardman said the programs will likely end this year although she didn't have a specific date. She said the state would give at least an 11-week warning before ending the road test waiver for 16 and 17-year-old drivers.