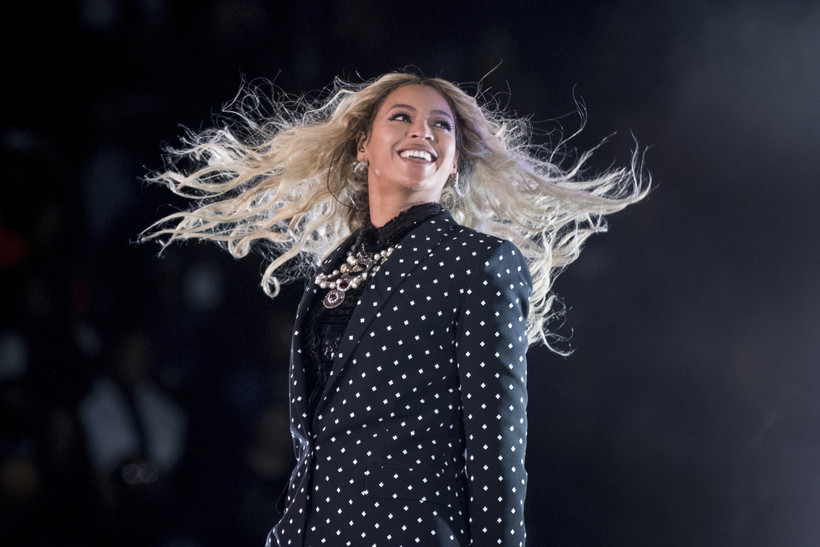 In this Nov. 4, 2016 photo, Beyonce performs at a Get Out the Vote concert at the Wolstein Center in Cleveland. Andrew Harnik/AP Photo

From pop to punk: Shaping our musical identities

Music critic and author Kelefa Sanneh dissects the history of music in his new book
By Shannon Henry Kleiber
Share:

In his book, "Major Labels: A History of Popular Music in Seven Genres," Sanneh takes on that challenge, exploring the lineage of morphing and meshing rock, R&B, country, punk, hip-hop, dance and pop. The New Yorker staff writer spoke with Steve Paulson for "To The Best Of Our Knowledge" about what we can learn about ourselves through the music we choose.

This interview transcript has been edited for brevity and clarity.

Steve Paulson: To try to get at what has changed about pop music, let's say, in the last couple of decades, I want to go back to this famous essay that you wrote in 2004 that you called "The Rap Against Rockism," which became quite influential. What was your basic argument?

Kelefa Sanneh: I was picking up an argument that had actually begun in the 1980s in the United Kingdom, and this was this argument about this word "rockism." It started as kind of a joke. This idea that maybe rock 'n' roll was boring, maybe punk is dead, and maybe we're sick of this thing about a guy getting on stage with a guitar. And maybe we're going to embrace something that's more colorful, more fun, more feminine, more accessible.

SP: And there was this sense that the great auteurs of the rock world, Bob Dylan, Bruce Springsteen — these old straight white guys — there's something a little passé about them.

KS: Yeah. There's this idea that this is passé. This is dour. This is no fun. We're going to have fun. We're going to celebrate the fact that pop music is fun. And more than that, there was also a sense that we're going to rethink what we value. And so I wrote in my essay, it sounds funny now, that we should take more seriously an R&B group like Destiny's Child.

And I think in the years since, we have definitely remedied that issue. Beyonce is taken very seriously, as she should be. And so some people started to talk about the opposite of rockism, which some people said was "poptimism," a term I didn't use in the essay. I think it's a fun and funny term, and it gets at some of the complication. In other words, in the U.S., starting in the 2000s when people celebrated pop, there was often a political edge, right? The idea that the old rock paradigm was dominated by old white guys with guitars, and that celebrating pop music was a way of celebrating music made by women. Music made by nonwhite artists. Music made by queer people, as you see in disco and many of the genres that came out of disco. And so there was an idealism that came alongside the celebration of pop music.

SP: I would think from a music critic's perspective, things get really complicated here because the point of a critic in most professions is to try to tell us whether it's good or not. In a film review, I want to know whether I should see the movie. In a book review, I want to know whether this book is worth reading. Does it make sense to pass judgment on a big pop act or a new album?

KS: You're getting into the existential crisis that confronts every critic of popular music. When I was doing it full time at the New York Times — I'm at The New Yorker now —but when I was a daily newspaper critic at The New York Times in the 2000s, I thought of myself as trying to tell people three things: Whether the music I was writing about was popular, whether it was interesting and whether it was good. And those are three separate things.

I don't really believe that there's a meaningful difference between a song being good and a song being something that I like. I think those are two different ways of saying the same thing or another way to say that is, I don't trust anyone who says this song is good, but I don't like it. If you don't like it, I'm not sure that you're a reliable judge of whether or not it's good.

SP: I have to ask you about one line right at the end of your book where you say, "when we complain about music, what we're really complaining about is other people."

SP: Which suggests that music, pop music in particular, is really about identifying your tribe, and to some degree, your own identity. You're expressing what you like through your music.

KS: And sometimes that can be really intense. When I was a teenage punk rocker, I was like, this is my entire identity, and I don't like anything that's not punk. I want all my friends to be punk. I want to dress punk. I want to be all in.

And as a grown up now, I'm not all into any particular genre in that same way. But still, music is really social. We listen to it with other people or at least while thinking about other people. And that's part of what's fun about it is the idea that we're thinking about how well, who else likes this kind of stuff? What kind of world did the musicians live in?

And often when we complain about music, that's why I say we're complaining about other people. Often what it means to say you dislike music is "I'm not like those people who like this." It's a very human feeling to want to set yourself apart from other people.