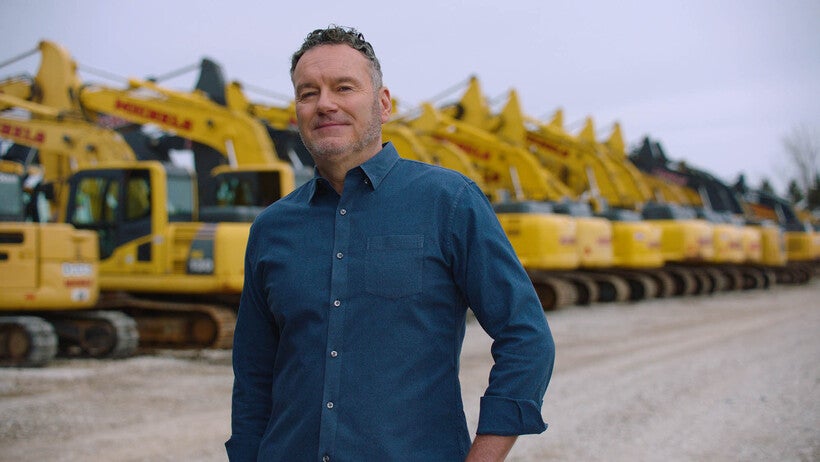 The Marquette University Law School Poll released Wednesday marked the first time the survey asked about Michels, who entered the governor's race in April, and it comes just weeks after he gained the endorsement of former President Donald Trump. Twenty-seven percent of those planning to vote in the GOP gubernatorial primary said they would support Michels.

Kleefisch, who declared her candidacy in September 2021, was the first Republican to announce a bid to challenge Democratic Gov. Tony Evers in November. Of the GOP likely voters surveyed, 26 percent said they would vote for her.

Kevin Nicholson, who ran an unsuccessful bid for U.S. Senate in 2018, garnered 10 percent in the latest polling data. State Rep. Timothy Ramthun, who has called for Wisconsin's 2020 presidential election results to be decertified, received 3 percent.

Marquette Poll Director Charles Franklin said much of the support for Michels appears to have come from voters who said they were undecided in April, though Kleefisch's numbers also dropped by 6 percentage points.

Still, 32 percent of respondents asked about how they will vote in the August GOP primary said they haven't made up their mind yet.

Respondents were asked who they would support in multiple head-to-head matchups if the election were held today. In the race for governor, Evers held slight advantages over all Republicans vying in the GOP primary.

The largest spread in the head-to-head gubernatorial matchups were between Evers and Representative Ramthun with 51 percent of respondents choosing Evers and 34 percent choosing Ramthun.

The number of voters undecided about who they would vote for in the Democratic Senate primary was higher than it was in the GOP gubernatorial primary, with 36 percent saying they're undecided.

Johnson, the Republican incumbent, has seen his favorability ratings decline since 2019. The latest Marquette poll found that 37 percent of voters viewed him favorably and 46 had an unfavorable opinion of him.

The poll was conducted before the Jan. 6 committee hearings on Tuesday spotlighted text messages from Johnson's chief of staff indicating the senator wanted to hand-deliver a slate of fake presidential electors from Wisconsin and Michigan to former Vice President Mike Pence the day Trump supporters stormed the U.S. Capitol in an attempt to block the certification of President Joe Biden's 2020 victory.

In head-to-head matchups with Democrats, respondents said they'd support challengers to Johnson in all but one case. Lasry trailed Johnson 42 percent to 45 percent.

Voters were asked about concerns on a variety of issues in June. The biggest concern was inflation with 75 percent of respondents saying they're very concerned about rising costs.

The June survey was also the first to gauge opinions on abortion since a draft U.S. Supreme Court opinion was leaked indicating justices may be poised to strike down the landmark Roe v. Wade decision.

Of all respondents, 58 percent said they believe abortion should be legal in all or most cases while 35 percent said it should be illegal in most or all cases.

Marquette interviewed 803 Wisconsin registered voters from June 14-20. The margin of error for the full sample was plus or minus 4.3 percent.