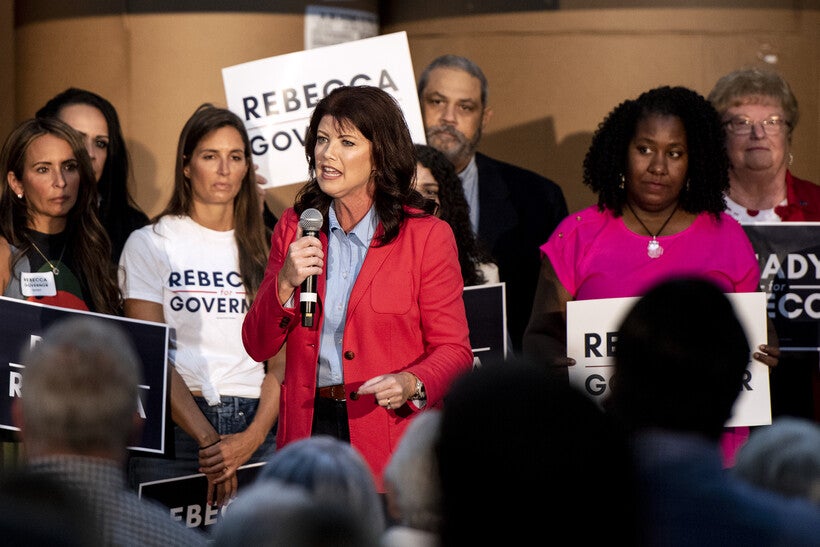 Kleefisch announced her long-expected bid for governor Thursday morning in a campaign video. She is the first high-profile Republican to enter the race to challenge Democratic Gov. Tony Evers, who is seeking reelection for another four-year term.

Kleefisch, 46, served as former Gov. Scott Walker’s lieutenant governor during his two terms in office, from 2011 until 2019. Along with Walker, Kleefisch survived a recall election in 2012. During her time in the Walker administration, Kleefisch focused on issues including support for small businesses, job training for incarcerated individuals and combating the state’s opioid epidemic.

"We are about to fire Gov. Tony Evers," Kleefisch said during her public announcement at Western States Envelope Company in Butler. "Today I announce I am running for governor for the great state of Wisconsin." 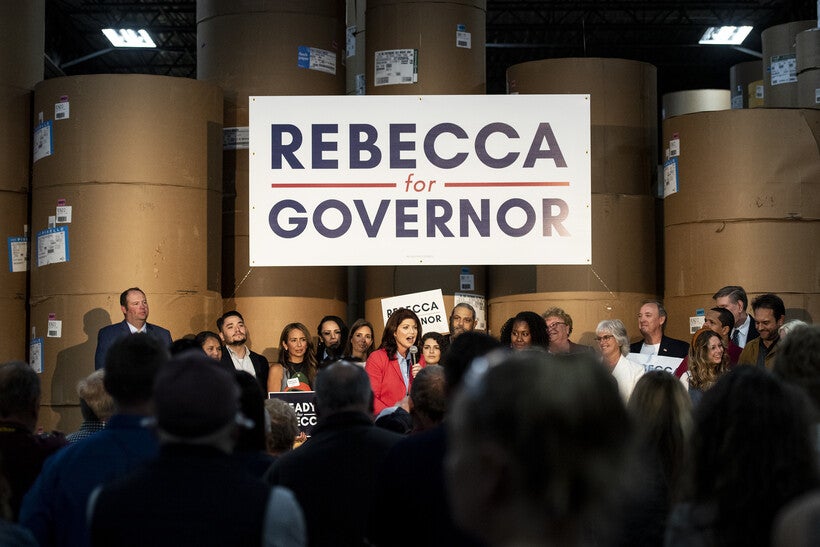 Kleefisch walked onto the stage to Dolly Parton’s iconic song "9 To 5." About 200 people were in attendance at the same factory where her father spent his career as an envelope salesman until his death at age 52.

She said every year, the company gives out an award to an employee who displays integrity, perseverance and a commitment to excellence in memory of her father. Kleefisch said those characteristics are what she’ll bring to the office of governor.

"That’s what all of us are here today fighting for in Wisconsin, but we know that’s not what we are given because Tony Evers and Joe Biden are weak, incompetent leadership, and it comes at a cost," she said.

Kleefisch painted a picture of herself as a tough-minded governor who would stop talk of defunding police. She also said Wisconsin shouldn’t be a "nanny state" where health care choices are mandated — referencing recent COVID-19 vaccine mandates.

Kleefisch said while Evers isn't a "sitting duck governor," when people tell her something can't be done, she does it, likening herself to former president Donald Trump.

"There were people who said it could not be done and instead Donald Trump became one of the most successful policy presidents of our time, presiding over the best economy in American history," Kleefisch said. "And he was one of the most pro-life presidents America has ever had. And friends, if he can do it, we can do it."

In response to Kleefisch's announcement, Sam Roecker, Evers' communications director for his campaign, said Kleefisch has "left a devastating mark on Wisconsin" after her tenure as lieutenant governor.

"Governor Evers has taken bold action to not only clean up the mess she left behind, but he’s moving Wisconsin forward by making record investments in transportation and broadband expansion, restoring the state’s funding commitment to public schools, and supporting small businesses across the state," Roecker said in a statement. "Wisconsinites know that Governor Evers is following through on the promises he made to them, and they’re ready to support his re-election and continue moving in the right direction."

Bradley praised Kleefisch for her work on voter ID laws, conceal carry and her role as former Walker’s "Jobs Ambassador."

"Under her leadership, the state of Wisconsin attracted over 250,000 jobs to our state. That is the leadership we need," Bradley said.

Kleefisch's husband, former state Rep. Joel Kleefisch, praised her for being a devoted stay-at-home mom while their daughters were young, commending her work ethic.

"Look, I’m very comfortable with the fact that she chooses similar careers as me, does them better and makes more money than me," Joel Kleefisch joked.

In her campaign video, Kleefisch slams Evers' response to the coronavirus pandemic and protests last summer, saying he "failed to lead." Kleefisch said she's ready to back law enforcement, look out for Main Street businesses and advocate for families and children.

Since leaving office, Kleefisch has worked as the executive director of the Women’s Suffrage Centennial Commission and as a jobs ambassador for the Associated Builders and Contractors of Wisconsin. She launched a conservative advocacy organization, 1848 Project, last fall. Democrats have criticized the group, as well as a separate political action committee called Rebecca PAC, as inappropriate and potentially illegal campaign operations that existed ahead of an official gubernatorial campaign launch.

Before her career as a politician, which began in the lieutenant governor’s office, Kleefisch worked as a journalist in Illinois and Wisconsin. She is a graduate of the University of Wisconsin-Madison.

In a statement released Thursday morning, the head of the Democratic Party of Wisconsin called Kleefisch "too extreme for Wisconsin."

"During her tenure as lieutenant governor, Kleefisch championed far-right policies that hurt Wisconsinites and eviscerated protections for workers," said Ben Wikler, chair of the party. "She wants to drag Wisconsin backwards to the failed days of the Scott Walker era, and has shown she can’t be trusted to follow science and listen to the experts in a crisis."

She received sharp criticism and national attention in 2010 for comparing gay marriage to marrying a dog or a table.

The Republican gubernatorial primary will be held next August. 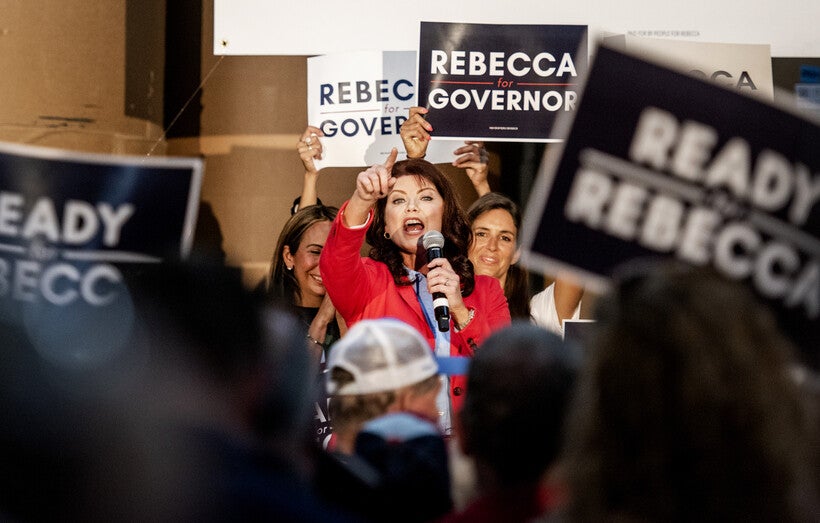