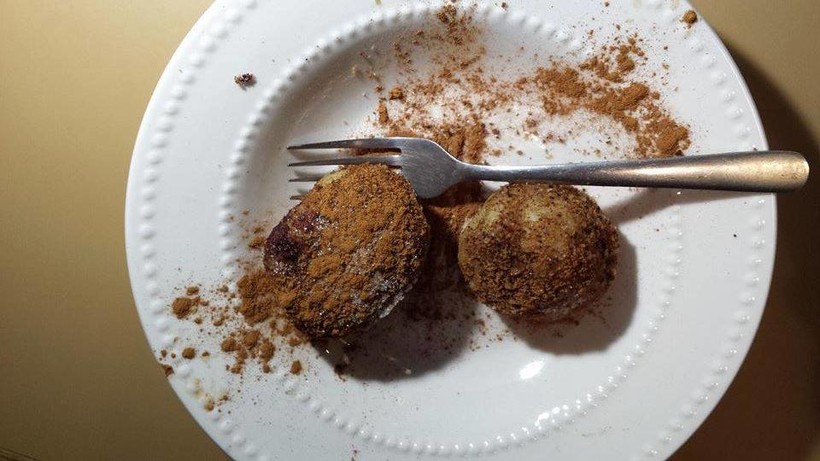 When plums are not in season, these dumplings can be made with other fruits. Photo: Judith Siers-Poisson.

Note from Author Genevieve Davis: I took this down from Grandma in the late 60’s or early 70’s.  Fanni guessed she used 1 cup of flour, but in reality, it’s more like 4 cups of flour.