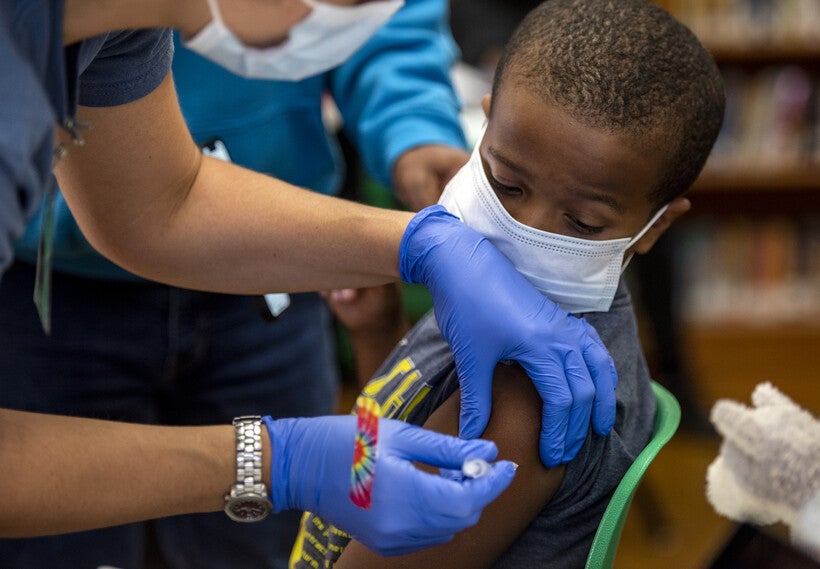 Pediatric vaccines are rolling out across Wisconsin, and kids are getting their first dose

Public health departments and hospitals are partnering with schools to get shots in arms
By Madeline Fox
Share:

Vaccines were approved for kids ages 5 to 11 last week, but they’ve been a little slower to roll out than for previous eligible groups.

Ten-year-old Ihla Nogalski stopped by a vaccine clinic Monday in the library of Townsend Public School in Milwaukee with her mom Kristen, a fourth grade teacher at the school, before her annual physical — her pediatrician’s office hasn’t yet gotten the pediatric doses, which are one-third the size of those for ages 12 and up.

"I’d rather do this sooner than later," said Kristen Nogalski.

Ihla said she was excited to get the Pfizer vaccine, the only one approved for kids so far, because the cat her family got during the pandemic is named Charlie Pfizer. 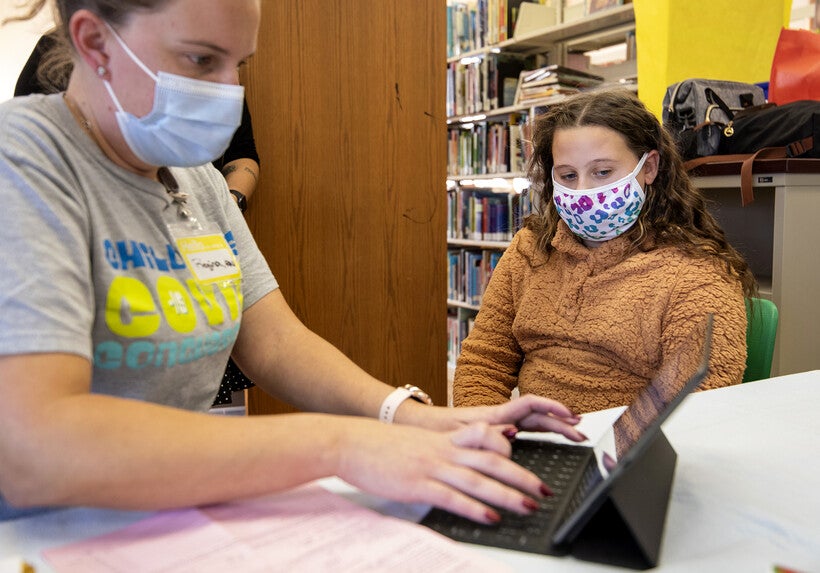 Elementary school student Ihla Nogalski, right, and her mother give information to a nurse before she receives the COVID-19 vaccine Monday, Nov. 8, 2021, at Townsend Public School in Milwaukee, Wis. Angela Major/WPR

Richmond Morgan, 9, hates getting shots. He first came into the Townsend clinic around 1 p.m. with his mom, who got her booster shot. Then, it was supposed to be Richmond’s turn, but he protested enough that they left. He came back again with his dad closer to 3 p.m., and this time, Richmond was up first. He sat in his dad’s lap while the nurses, who recognized him from earlier, encouraged him.

"I don’t want to come back," he said after the shot. "Dad, please don’t make me come back."

His dad, Russell, who also got his booster shot that day, wasn’t having it.

"We’ve got to come back in three weeks for the second shot," he said.

He was promised unlimited gaming time and a slushy — "maximum, the highest size" — as a reward for getting his first vaccine dose.

For 5-year-old Sonny Wells and his mom, Libby, the pediatric COVID-19 vaccines had been a long time coming. The whole family got COVID-19 this winter. Sonny’s case landed him in the ICU with a case of multisystem inflammatory syndrome in children, though he recovered well.

"This is a huge relief to have this, I can’t believe anybody is hesitating about it for their kids," she said. "They just don’t understand what can happen."

Cousins Jean Aguayo and Jorge Colon came in with Jean’s mom, Vilmalie, for their first dose of the COVID-19 vaccine and their flu shots, one in each arm. Jean, who’s 9, pushed 10-year-old Jorge to go first. 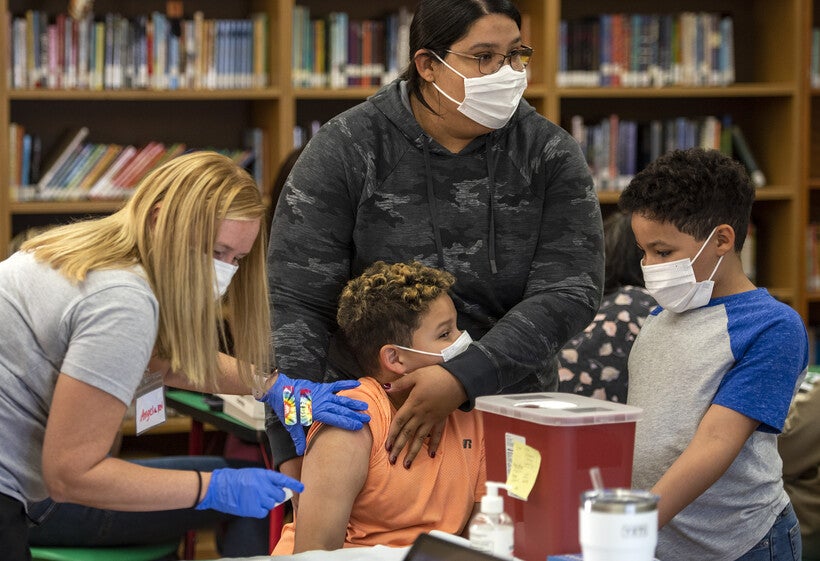 Ten-year-old Jorge Colon, center, is held by his aunt as he receives both a COVID-19 and influenza vaccine Monday, Nov. 8, 2021, at Townsend Public School in Milwaukee, Wis. Angela Major/WPR

"Older one first," he said. "I am absolutely terrified of needles."

The Townsend clinic is one of several that the Milwaukee County Health Department is running at Milwaukee Public Schools over the next three weeks, and again in three weeks for the second dose. Many health departments and hospitals are running similar clinics at schools around the state.