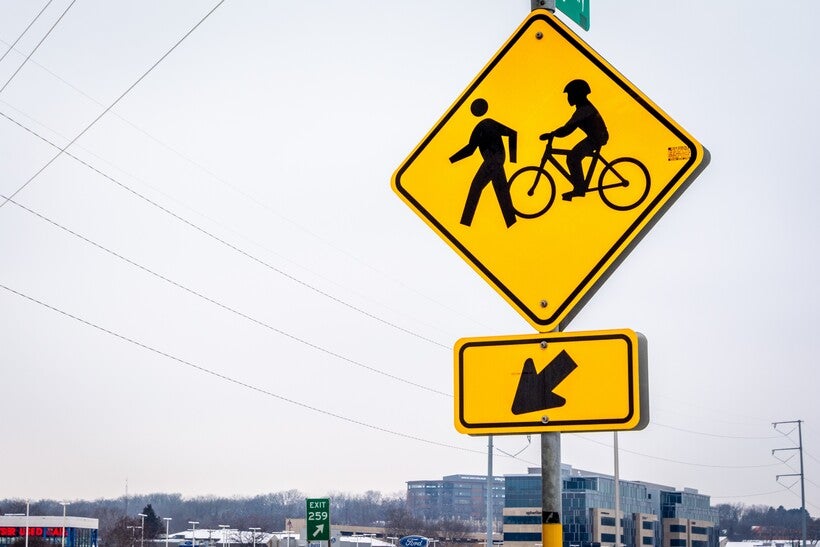 Pedestrian deaths increased by 8 percent in Wisconsin in 2021

More than 7,000 pedestrians were killed in the United States in 2021 — the highest number of fatalities in more than four decades — according to the Governors Highway Safety Association.

According to the association, 54 pedestrians were killed in Wisconsin last year, an 8 percent increase over 2020.

"Speed is what kills," said Robert Schneider, a professor at the University of Wisconsin-Milwaukee’s School of Architecture and Urban Planning. "Even decreasing by 5 mph can have very significant safety benefits for pedestrians."

While none of these hot spots are in Wisconsin, Schneider said this doesn’t mean the streets are completely safe.

"We do have roadways with some of the same characteristics as other locations where there have been hot spots," Schneider said.

The nationwide increase in pedestrian deaths is likely due to a variety of factors, Schneider said, including larger vehicles and more driver distractions, such as with mobile devices.

The city of Madison is working to increase pedestrian safety through "Vision Zero" — an initiative to eliminate traffic deaths and severe injuries on city streets by 2035.

Through Vision Zero, six streets in Madison will have their speed limits lowered by the end of this year.

Renee Callaway, a pedestrian bicycle administrator for the City of Madison, said reducing a 40 mph speed limit to 30 mph can decrease the distance it takes to stop the vehicle by 100 feet.

"Speed is such an important component in what is the outcome of a crash and can you react quickly enough," Callaway said.

Speed limit reductions help make roadways safer for pedestrians. But Schneider said communities also need to redesign their streets, like by lessening the number of travel lanes, to make an impact.

"It should be a moral imperative," Schneider said. "People shouldn’t have to depend on owning a car to feel safe getting from place to place to meet their everyday needs."