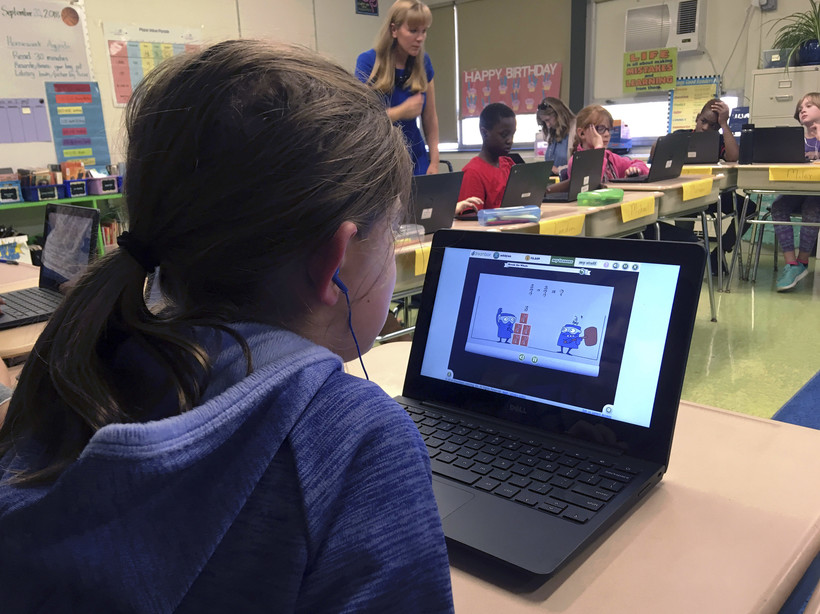 Pastor: Technology, Focus On Careers Is Stressing Kids Out

John Thornton Jr. listened as 12 students rattled off adjectives describing how they perceived their lives.

Thornton, a Baptist youth pastor from North Carolina, was leading the middle and high school students in conversation during a retreat and asked them to explain why they felt that way.

Some of the themes that emerged were stresses over constantly being aware of grades via push notifications from teachers, and pressures to identify career paths early on. Thornton talked about the impacts of each in a conversation with Judith Siers-Poisson on Wisconsin Public Radio's "Central Time" and related it to an article he wrote for Vox.com, "I Work with Kids. Here’s why they’re Consumed with Anxiety."

Judith Siers-Poisson: So much of what students are doing for school is technology based, so wouldn't it be really hard to tease out what’s OK to interact with and what’s causing more problems?

John Thorton Jr.: It’d be like asking anybody you know to do your job without e-mail. It’s just a part of how things operate. The students also all use Remind, which is an application that allows teachers in a school to send out notifications to remind students about homework.

I think about when I was a kid — I just didn't have a phone with that capability, so I kept a calendar. I was in control of it. No one's taking a step back and asking whether calendars or digital reminders might be helpful for certain students. It's just all for everyone.

JSP: It seems as though the pressures of getting ready for a career are getting multiplied and magnified to an unhealthy level. Do you agree?

JTJ: I began to notice with these kids that it's not just people asking them to think about their careers, but it’s woven into the fabric of their education. A middle schooler had been asked to fill out a life plan and that included things like career, what school to go to, what major to take, etc. I've since done some more digging and found that this is basically a state-by-state curriculum that's being put out there.

In Wisconsin, it's called Academic and Career Planning, or ACP. The big difference is not asking them to think about their futures, but the extent to which their careers are tied so closely to their education. It's actually taking classes in high school on agriculture, business, finance, etc. It is picking your high school classes around your career and even beginning to think about that at sixth, seventh and eighth grades.

JSP: I could see an argument being made for career-focused structures to get kids engaged and thinking about their futures so that all kids have equal access to these options, but it seems like they’re all just getting access to the same high level of stress.

JTJ: I think that’s right. And at some point, it could be a diminishing return. On the one hand, people change their minds about what it is they want to do. But I also think it's preparing to send kids to a world in which careers exist.

We know that people change jobs and a lot of the jobs are less secure than they used to be. I want kids to think about the future and I think that's important. I worry about locking that in so closely to a particular field or area of study or work. What is that setting them up for?

JSP: The landscape of what it takes to succeed has really changed and it seems like a lot of kids today are feeling like all of this preparation and making the right decisions isn't about thriving, it's just about surviving. Where's that coming from?

JTJ: I was wondering the same thing myself and I started thinking about the fact that so many of these parents, teachers and the adults in their lives like me have realized that something is off with the kind of bargain that you work hard, you do your job well, you get pretty good grades and financially you'll be OK.

A lot of the adults in these kids’ lives are Gen-X and millennials, the first two generations in about 100 years to do worse than their parents. So, while I don't think a lot of us that are involved in their lives are explicitly telling them that financially and economically, things are off. I also don't think we're telling them that kind of myth anymore. I couldn't do that — to tell them that this is all going to pay off and you’re not going to have to worry about things like student debt or massive hospital bills or that you'll one day be able to afford to buy a house. 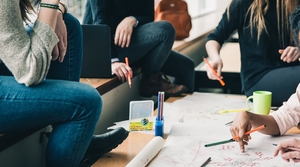 We hear from a youth pastor for sixth- to 12th-grade students who believes that the added anxiety kids are feeling these days might be more related to the pressure to think about career and finances too early on rather than the use of social media.