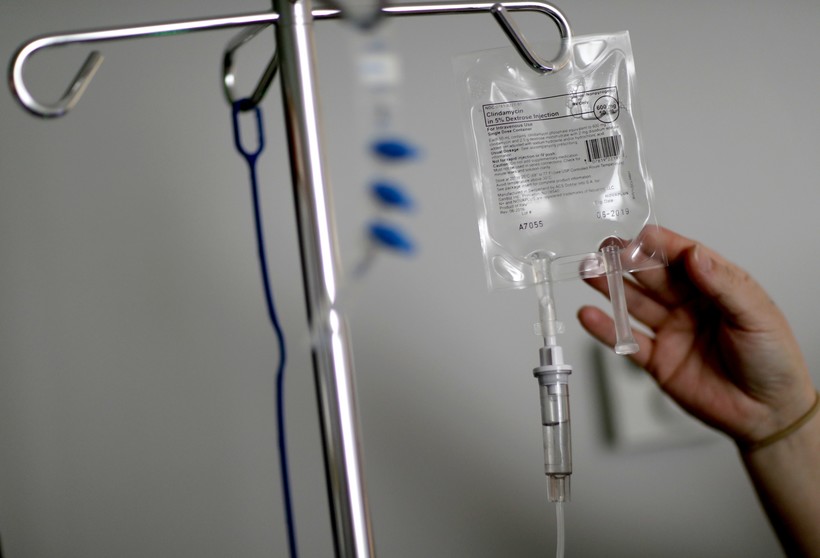 Once on a steady upward trajectory, life expectancy in the United States has declined during the COVID-19 pandemic. Not by weeks or months, but by years.

Americans born in 2020 can expect to live to age 77.8 — one year less than someone born in 2019, according to estimates released Thursday by the Centers for Disease Control and Prevention's National Center for Health Statistics.

The drop was more dramatic, depending on race and ethnicity.

The lifespan of Black people was shortened by three years, followed by the Hispanic population which lost two years. The decline is particularly significant because researchers were comparing data from all of 2019 to just the first six months of 2020.

But the study’s timeframe looks at the pandemic’s first deadly wave, so it wouldn’t record states like Wisconsin which saw a surge later in the year.

"We might see even larger impacts; it might be an underreporting of life expectancy for all of 2020," Malecki said.

The pandemic isn’t the only factor driving down life expectancy.

Nationally, from mid-April to October 2020, the weekly rates of emergency department visits for opioid overdoses increased by as much as 45 percent when compared to the same period in 2019, according to a recent study in JAMA Psychiatry.

As the country tries to tame twin crises of drug abuse and COVID-19, some larger cities are also trying to control gun violence.

Milwaukee had a record number of homicides last year, 189 — that’s nearly double the previous year — and there have been a rising number of traffic deaths in the city.

"It’s a stressful time right now, and I think we all recognize that," said Milwaukee Mayor Tom Barrett during a media briefing Tuesday.

Wisconsin’s largest city has a goal of rising in the annual County Health Rankings from its current place near the bottom.

To achieve that, Milwaukee County Executive David Crowley said everyone needs to realize health and longevity is affected by housing, access to medical care, employment and education.

A 2017 Milwaukee study compared predominantly lower-income Black neighborhoods to more prosperous white communities and found there was a 12-year difference in life expectancy.

"This lets us know we have a long road ahead of us," said Crowley.

The provisional data on life expectancy released Thursday by the CDC "erases gains the U.S. has been making in closing the gap between racial and ethnic groups," said Michal Engelman, a demographer and gerontologist at UW-Madison.

She said there has long been higher life expectancy for Hispanics in the U.S relative to whites. But the pandemic is starting to change that.

"People have tried to explain it in various ways such as an immigrant health advantage and strong social circles, for whatever reason Hispanics had a mortality advantage," said Engelman. "They still do, but the disproportionate mortality has chipped away at that advantage."