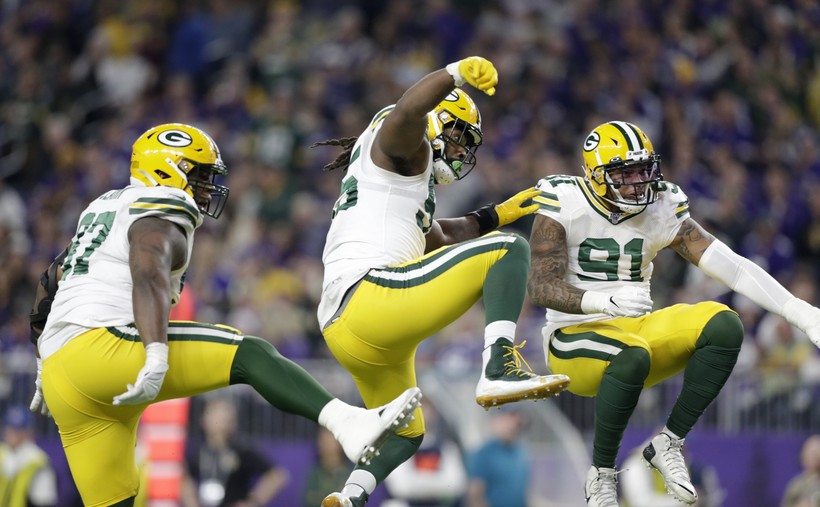 Packers Return Sunday Amid 'A Lot Of Conversation About Other Teams'

The Minnesota Vikings Host The Packers At Noon
By Megan Hart
Share:

The coronavirus pandemic has thrown the sports calendar for a loop this year, but at least one thing hasn’t changed: It’s early September, and the Green Bay Packers are getting ready to kick off their season.

The Packers play Sunday in Minneapolis. For the first time in franchise history, the Minnesota Vikings will host their NFC North rivals to open their 2020 campaign.

Last season, the Packers nearly made it to the Super Bowl, one of the final major sporting events to take place before the pandemic changed everything for Americans. Green Bay lost to the San Francisco 49ers in the NFC Championship. This year, the Packers are looking to build on that deep postseason run.

While football is back, things will look different this year. Here’s what fans should know about the upcoming NFL season.

No Fans At Lambeau Field, For Now

For much of the summer, the Packers prepared for football season as normal. But last month, they announced there’d be no fans at the first two games in Green Bay.

The NFL canceled preseason games this year, so the team will use those games to test its COVID-19 protocols before potentially welcoming spectators, Packers President and CEO Mark Murphy said in a statement. The public areas of Lambeau Field will also be closed.

About two-thirds of the team’s revenue comes from television contracts, so ensuring the games can take place will be the priority, Murphy said. The league has lots of safety protocols in place, including daily coronavirus testing for players except on game days.

The NFL hasn’t mandated whether fans are allowed at games. The Kansas City Chiefs, last season’s Super Bowl champions, and the Jacksonville Jaguars are the only teams welcoming spectators this week. There will be no tickets sold to see the Packers at U.S. Bank Stadium Sunday.

The earliest fans can hope to see Green Bay in-person will be Sept. 27, when they play the New Orleans Saints at the Superdome. Health officials have given the Saints permission to open the venue at 25 percent capacity beginning that week.

Typically, Green Bay sees thousands of people at training camp, which was also closed this year, so Sunday will mark the first time most fans get a glimpse of this season’s Packers.

'There’s A Lot Of Conversation About Other Teams'

The Packers have won their last five season openers, but the Vikings are the oddsmakers’ favorites to win the NFC North this season. On Wednesday, Packers quarterback Aaron Rodgers said he doesn’t mind that his team is "flying under the radar," despite its success in 2019.

"I think the beauty is that there's a lot of conversation about other teams. Whether it's Tom (Brady) in Tampa or the teams that were really solid last year, with New Orleans and San Francisco and Seattle and Philadelphia and Dallas with Mike (McCarthy) and what they've done with their roster," he said.

The offseason has felt different amid the pandemic, he said. The last time Rodgers played without fans was his sophomore year of high school in 1999.

"So this will be very strange," he said.

The biggest questions going into the season are whether Rodgers will get enough protection after the departure of right tackle Bryan Bulaga this offseason, and if receivers beyond Davante Adams will step up. The Packers couldn't stop the 49ers' run game in last season's NFC Championship. Whether or not the team has improved in that area could have a major impact this season.

Don’t Tell Them To Stick To Sports

In a display of unity before the Chiefs and the Houston Texans played Thursday, the teams linked arms during a moment of silence. Some fans booed. But the backlash is unlikely to deter players from sharing messages of social justice this season.

Equality above everything else. pic.twitter.com/wA9bjRZlp7

The Packers postponed a training camp practice to protest the police shooting of Jacob Blake in Kenosha. They also released a video calling for change in the wake of George Floyd’s death at the hands of Minneapolis police earlier this year.

This week, Packers head coach Matt LaFleur said the team has been discussing whether it might come together to send a message before Sunday’s game, but ultimately, every player has their own beliefs.

"Ideally, I’d love to do something as a team, but that’s not going to be something that’s going to be forced upon our players," he said.