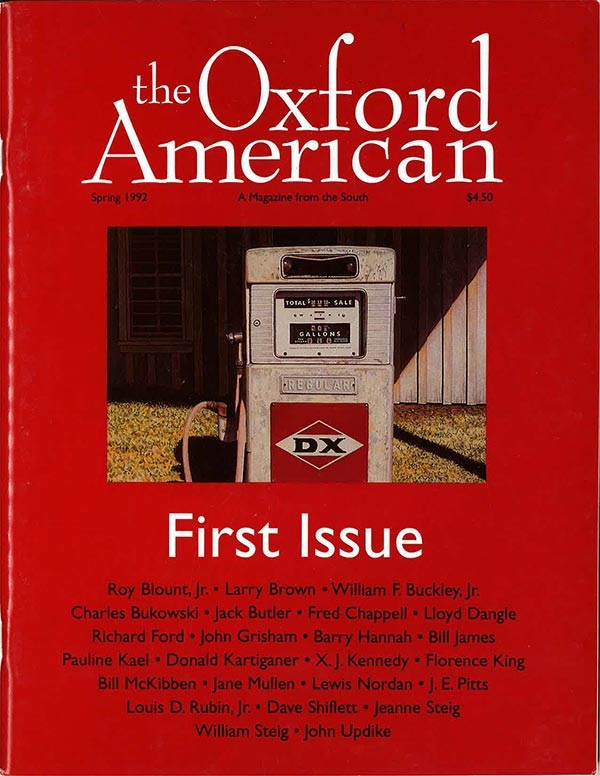 The Oxford American - A Magazine Of The South

The Oxford American Magazine offers insights on a host of important literary and cultural topics to which I find edifying, educational and entertaining.  Their recent publication the "Southern Music Issue" with a CD of music featuring Nina Simone, my mother's favorite singer, is one I'm looking forward to airing later this this March for Women's Heritage Month.  Moving forward the Oxford is going to be a valuable resource to TRTHG largely because of its diverse, cultural, and artistic inclusion.  Obviously, my concentration is on music and yet I'm intrigued by the publication's dedication to what I call "good community" in celebration of all.  Read what others have to say!  --Jonathan

“The magazine’s writers share a passion for music, a respect for ideas, and a flair for writing.”
—The BBC

“A sort of Southern version of The New Yorker.”
—USA Today

“The Oxford American is a thriving example of a modern literary magazine—eager to experiment, yet firmly in control of its editorial voice; alive to history but bracingly contemporary.”
—2016 National Magazine Award citation

The Oxford American is a nonprofit, quarterly literary magazine dedicated to featuring the best in Southern writing while documenting the complexity and vitality of the American South.

Since 1997, the Oxford American has published its annual Southern Music Issue, for which we have received wide praise—from the Seattle Weekly to Salon to Tom Petty. We believe American culture is profoundly influenced by Southern music, and each music issue includes not only what the Houston Chronicle calls “the single best music-related magazine of any given year,” but our sought-after CD, curated by the editors to showcase the region’s hugely varied musical legacy.

The OA relocated to Arkansas in the early 2000s and, under the auspices of a newly formed nonprofit organization, the Oxford American affiliated itself with the University of Central Arkansas. In addition to publishing the magazine, the Oxford American explores Southern culture through experiences like panels, readings, films, and concerts. We also offer a robust internship program, offering students and post-graduates unique opportunities to engage with all aspects of publishing an ambitious, national magazine.

Roger D. Hodge became the second editor of the magazine in September 2012. In October 2015, Eliza Borné was announced as the third editor.