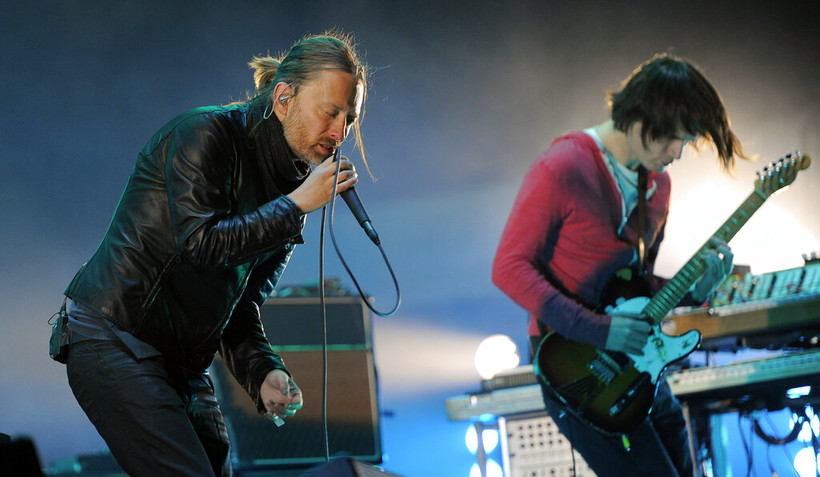 The Overture Of The 21st Century: Radiohead's 'Kid A' Predicted The Future

The author Steven Hyden was a teenager in 1993 when he first heard "Creep" by Radiohead.

"I discovered them the way a lot of people my generation did, was which was from MTV," he said. "They were like this sort of poppy alternative band that I think a lot of people expected to be a one-hit wonder. And of course, that's not how it turned out."

Hyden recently spoke with Doug Gordon of WPR's "BETA" about his new book, "This Isn't Happening: Radiohead's 'Kid A' and the Beginning of the 21st Century." In the book, he unpacks the legacy of an album now considered one of the best rock records of the 21st century. 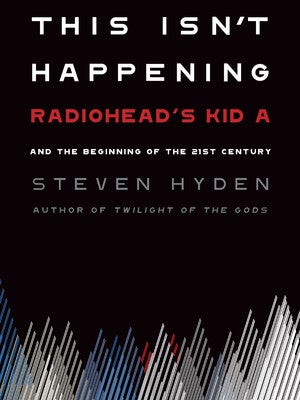 "This Isn't Happening: Radiohead's 'Kid A' and the Beginning of the 21st Century" by Steven Hyden

After shedding their "one-hit wonder" status for good with the release of 1997's prophetic "OK Computer," Hyden said the band reached a level of notoriety that became difficult to handle.

"'OK Computer' was the album that really established them as one of the signature bands of their generation," he explained. "And so they were getting a lot of press and a lot of attention at that time. And I think as the tour went on in support of that record, it just started to wear on Thom Yorke."

That frustration with stardom is captured in the 1998 documentary film, "Meeting People Is Easy," which followed Radiohead as they toured in support of "OK Computer."

Hyden said there was a moment as their tour was winding down that planted a seed for what would become 2000's "Kid A."

"They're doing a soundcheck. And Thom desperately wants to leave the arena and, you know, just to kind of get some fresh air," said Hyden.

"He hops aboard a subway train, and he realizes that he's in the vicinity of the arena where he's going to be playing a show," he continued. "So everyone on the train are Radiohead fans. Basically, this ends up kind of being a metaphor in a way.

"Thom Yorke literally cannot escape stardom, and he's trying to do that. So 'Kid A,' in a way, becomes the vehicle with which he's going to try to maneuver his way out of there."

After the show, Yorke had a panic attack and couldn't speak. The moment stuck with him. After the tour ended and the band convened in the recording studio to begin work on the follow-up to "OK Computer," Yorke had included the experience in the lyrics to a new song called, "Everything in its Right Place."

"There's a line on that record where he says, 'Yesterday I woke up sucking a lemon.' You know, he was catatonic, and he had this sort of fixed expression of horror and disgust on his face that he likened to the face that you would make if you were sucking on a lemon," said Hyden.

The experience hinted at a larger shift that lay ahead for the band. Hyden said that as they began work on "Kid A", there was a crisis of confidence. Radiohead didn't really want to be a guitar band anymore, and didn't want to keep making music that sounded like what they'd already done.

"But like, what do we do next?" said Hyden. "And the solution they arrived at ... was to just radically remake the kind of music that they were making."

Hyden thinks "Everything In Its Right Place" was instrumental in setting a new course for the band.

"So that's the first song on the record. And when you listen to it, if you have any familiarity with what Radiohead sounded like before that ... it doesn't really have any of the hallmarks that you would associate with the band," explained Hyden. "You know, there are no loud ringing guitars. Thom's voice is not the sort of operatic, angelic voice that you associate with the first three Radiohead records. It's treated. It's buried in the mix.

"And he originally wrote it on a piano and there wasn't really much of a response to it," he said. "But then they decided to play it on this synthesizer. And it's that very distinctive riff that begins the record. And I think it's like, one of the great opening tracks of any album."

Those recording sessions yielded two albums: 2000's "Kid A" and 2001's "Amnesiac." They weren't smooth sailing, Hyden said. The bandmates were very critical of themselves in the studio, and routinely scrapped material in search of perfection.

"They would record this stuff and they'd be like, 'Oh, this is garbage,' you know? 'We can't use any of this stuff,'" he said. "And then they would come back maybe six months later and have a change of heart, you know, and feel like, 'OK, maybe this is good after all.'"

Was that extreme self-critique ultimately beneficial?

"I think you could argue that Radiohead would not have progressed the way that they did if they didn't question themselves with every turn," Hyden said. "It would've been very easy for them to just make another record like 'OK Computer.'

"They were actually recording really good stuff, but they didn't like what they were doing," Hyden suggested. "I think that self-doubt pushed Radiohead in more interesting directions, ultimately."

A song called "Lost At Sea" was one of the first to be recorded during the sessions.

"And it ended up on the record as "In Limbo", which is a very sort of woozy guitar song with a really strange tempo. Like, it took a long time to figure out how to play that song properly," Hyden revealed. "But, you know, just looking at the song title 'Lost at Sea,' it's so indicative of where Radiohead was at at that time."

The song "Knives Out", which was recorded during the same sessions and appeared on "Amnesiac," sounds like a straightforward classic Radiohead guitar track. But Hyden said it took the band around 300 recording hours to finalize.

With a menacing bass riff and a dissonant free-jazz horn section, "The National Anthem", created the violent, chaotic center of "Kid A."

"Thom Yorke said to one of the musicians that, you know, imagine that you're in a car and you get into an accident and you get out of your car, the other person gets out of their car and you're raising your fist and you're just about to hit them. Now, play like that," recalled Hyden.

He added that Yorke acted as a sort of hyperactive conductor for the horn section on that song, and actually suffered an injury.

"And he was jumping up and down so excitedly that he fractured his foot," said Hyden. "It just kind of speaks to the level of artistic commitment that was going on at that time."

In his book, Hyden writes: "As a work of art, Kid A arrived as a missive from an unseen time beyond the visible horizon, an inarticulate mishmash of garbled words and passive-aggressive electronics that eerily emulated the contextual wastelands of online communication platforms that were still several years away."

"I call "Kid A" the overture of the 21st century," he said. "I feel like there are things in that record that really you couldn't have planned."

How has "Kid A" managed to still sound so relevant 20 years later?

"I think it has a lot to do with the fact that this album feels like our modern age," he said. "Nothing feels like "Kid A". And nothing feels more like the lives that we live, especially online, than this record."