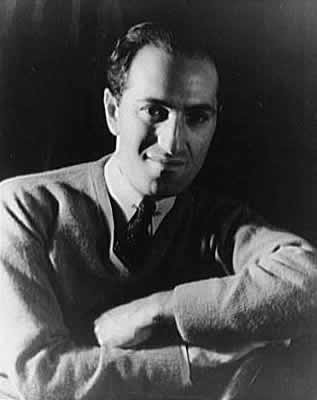 George Gershwin had come to write an opera about the inhabitants of Folly Island, South Carolina, but in June 1934, when he arrived for a five-week stay, he wasn’t ready for what he found.

Folly Island was not the kind of vacation spot he was used to. “It looks like a battered old South Sea Island,” he wrote to his mother. The urbane composer, used to the rapid whirl of Manhattan, found himself ten miles away from the nearest telephone. Instead of traffic he was seeing crabs and giant turtles. Instead of car horns and rumbling subways he heard the bellowing of alligators.

When librettist DuBose Heyward arrived, he was pleased to see Gershwin immersing himself in island life. The spirituals of blacks from a nearby island provided powerful inspiration. Heyward said that for Gershwin the songs and body language of the locals “was more like a homecoming than an exploration.”

At a prayer meeting on a nearby island, Gershwin joined into the “shouting,” the complex rhythmic pattern beaten by feet and hands. To the amusement of the congregation, he upstaged the champion “shouter.”

He composed on an old upright piano brought down from Charleston.

He walked the beach, “bare and black above the waist,” according to a reporter, “wearing only a two-inch beard and a pair of once-white linen knickers.”

And yet, for all his mixing with the locals, Gershwin felt like an outsider, sensing that many of his neighbors were suspicious of him as “a Yankee” and someone who was a little too slick.

During his several weeks on Folly Island he had written little, but after he got back to New York, the notes began to flow. By December he had played some of the opera, Porgy and Bess, for several influential friends, and wrote to Heyward, “If the opera is so successful as these people think, we have an exciting event ahead of us.”