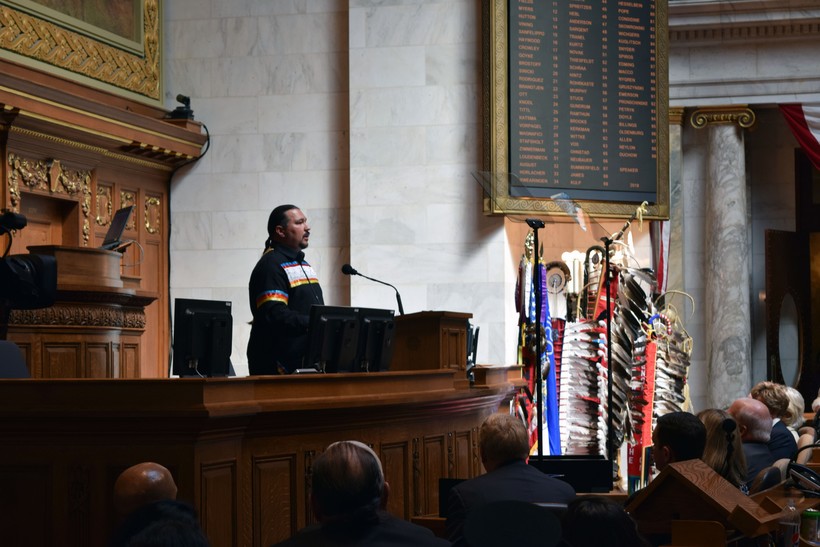 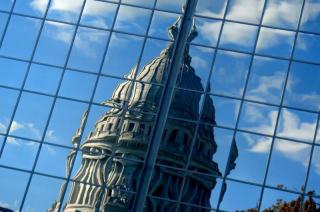 Watch The State Of The Tribes Address

Tehassi Hill spoke Tuesday during the annual State of the Tribes address before the Legislature and Gov. Tony Evers.

Hill began by highlighting the contributions tribal nations make to Wisconsin’s economy, which he put at $53 million due to gaming compacts. Additionally, an impact study conducted by St. Norbert College showed the Oneida Nation provides $744 million and 5,465 jobs to Brown and Outagamie counties in northeastern Wisconsin.

Then, Hill moved onto requests for policy change in the state and areas of improvement for tribal nations.

"The use of Indian imagery stereotypes and dehumanizes our cultures and Native American people for the sake of entertainment," Hill said. "Teach respect, not racism. Indians are people not mascots."

Hill also urged support of an amendment which would alter state law pertaining to tribal history, culture and sovereignty curricula in Wisconsin schools.

Hill also emphasized environmental protection, which he identified as a "cornerstone of Native life and culture."

Hill warned about the effects of climate change and how shorter winters are threatening Wisconsin recreation dollars. He described climate change as a "national emergency" and called on the state to revive its global warming task force.

"As people we cannot survive without Mother Earth, for without her lands, there is no life. No human life, no plant life, no animal life," Hill said.

Hill said that in Wisconsin, the substance abuse rate is six to eight times higher and the drug overdose death rate is almost three times higher than the general population.

"Substance abuse is often an attempt to avoid painful feelings through self-medication," Hill said. "So it would be no surprise that the opioid crisis has roots in historical and intergenerational trauma for our communities."

"I call on this team of tribal nations and the state of Wisconsin to continue to fight against addiction together by assessing our shared data and aggressively procuring federal dollars and allocating them wisely," Hill said. "I extend prayers of strength love and compassion to every home substance abuse touches."

Hill also said Wisconsin tribes support Evers' proposal to expand Medicaid coverage. He said they oppose work requirements, which he warned would cause many tribal members to drop out, leading to reduced federal financial support.

Finally, Hill addressed the continental epidemic of missing and murdered Indigenous women and the legal challenge to the Indian Child Welfare Act.

The annual address began in 2005. Each year the Great Lakes Inter-Tribal Council selects a member to give the speech. The Council represents 12 tribal nations in Wisconsin, Minnesota and Michigan, including the Bad River Band of the Lake Superior Tribe of Chippewa Indians, the Ho-Chunk Nation and the Forest County Potawatomi Community.