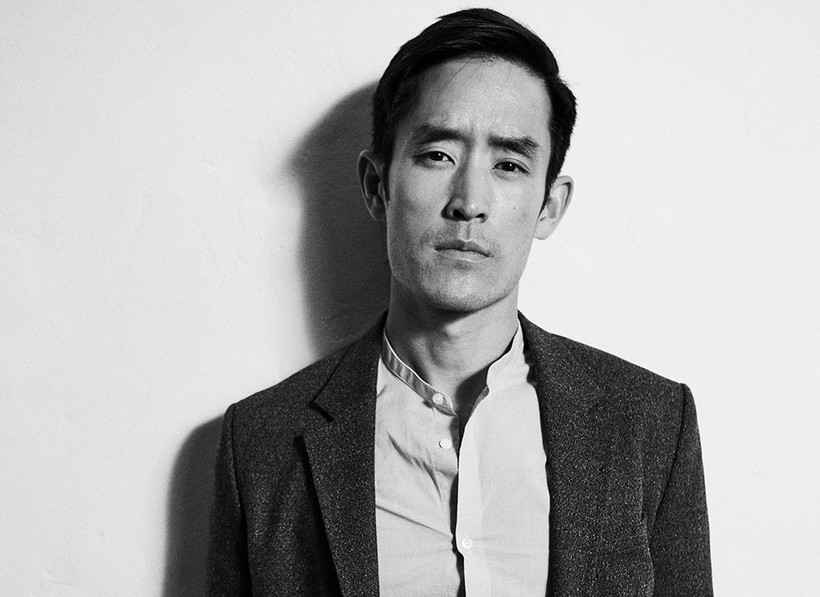 Once Upon A Time ... In Waunakee: Actor Mike Moh On His Dream Role

Moh’s Turn As Bruce Lee In Quentin Tarantino’s 'Once Upon A Time ... In Hollywood' Is A Real-Life Fairy Tale
By Adam Friedrich
Share:

Mike Moh was teaching a martial arts class in his dojo in Waunakee when his agent called to inform him that acclaimed filmmaker and auteur Quentin Tarantino was making a new film and that iconic martial artist and film star Bruce Lee would be a character in it.

Moh was an ardent admirer of Lee’s work. Lee was someone Moh viewed as a trailblazer in terms of Asian American representation in films and had long desired to portray him on the big screen.

"To be able to play Bruce has been a lifelong bucket list thing for me ever since I started acting," Moh told WPR’s "BETA." "There've been a few opportunities, where I was very close to playing Bruce, but for whatever reason, some of those things didn’t go my way. So to have it all come together in a project like this with a maestro director like Quentin Tarantino — it's been worth the wait."

Since a chance entry into acting via the 2006 Jackie Chan film "Rob-B-Hood," Moh had been splitting his time between Wisconsin and Los Angeles. So, he packed his bags that same night and flew to California to film an audition tape.

"I was given this very covert and secret manila envelope which had the scene from the movie with Bruce Lee. And they wouldn't let me take it home. So I had to study it. And then the next day I did the audition and I went home," he said.

It would be a few weeks before Moh would hear back about this project which would end up being the Academy Award nominated (and winning) film, "Once Upon A Time...In Hollywood." However, when he did hear back from his agent, he heard Tarantino liked his tape and wanted to meet him.

The meeting went great as the two bonded over a mutual love of Bruce Lee and Shaw Brothers Hong Kong cinema.

"He knows more about kung fu movies than I do," said Moh. "He’s probably the world's foremost movie fan, and he knows everything."

Moh had developed a quick chemistry with the director, but Tarantino needed to find out if Moh would have chemistry with the rest of the cast, which included Academy Award-winners Leonardo DiCaprio and Brad Pitt, and Oscar-nominated actor Margot Robbie. So, Moh was invited to a table read of the script.

"I settle into this room, this long table with a bunch of placards and a bunch of people hanging around producers. And I see Dakota Fanning, I see Emile Hirsch, I see Luke Perry," said Moh. "And I think I was the only person at that table read that had not been officially offered the role."

Moh relied on his stringent discipline of practice. He’s never going to be out-prepared by anyone in any situation whether competing in a martial arts studio or sharing a scene. He had memorized the exact page his scene was on in the script and knew once he had his shot, he was not going to play it safe.

"Every page that was read by all those actors across the table from me got me one page closer to when I was going to have my moment," explained Moh. "I made sure that I was full on Bruce mode, full on performing. And Brad and I actually started getting into it, like eye contact and just like this fun banter and everybody at the table is laughing."

Moh said he believes the table read was when he officially landed the role. He was asked to fill in for a few more parts during the read, which was a good sign, and he felt very comfortable by the end of the session. A few weeks later while he was swimming in his neighborhood pool back in Waunakee he got the news.

"I'm swimming in the pool with my kids and I get my call and I get the news and I freak out a little bit. I'm sure my neighbors were wondering what I was so giddy about, and I do a big belly flop into the pool to celebrate and it was a good day," recalled Moh.

Moh then began a rigorous prep for the role. He let his hair grow out and re-watched all of Lee’s films and interviews to nail down the icon’s cadence and mannerisms.

"As far as his energy and as far as his presence and his attitude, that's what I really wanted to capture," said Moh. "You would notice certain mannerisms he would have with his hands or with his body or how he would physicalize a lot of his phrases, kind of like he does in martial arts. So he uses all of his being to accentuate a point."

Sharing a scene with Pitt on a Tarantino set would be nerve wracking for any actor. Moh said Tarantino treats each of his films like a child and his crew is as tight-knit as a family. To up the ante even more, Tarantino wanted Moh to deliver a four-minute monologue in one continuous shot that ended in a stunt.

"Before we started shooting, he said, 'Look, it's all on you because I have an idea of how I want to shoot this scene. It's going to be a one-shot take. This is how I want to do it, and if you don't nail it, I'm gonna have to change it. And this is the way I want to shoot it. But I wouldn't have hired you if I didn't believe that you could do it.' So as my knees are quivering, I said, 'Yes, yes, sir,'" Moh said.

Moh and Pitt nailed the scene on the fourth take and even though Moh’s presence in the film is only about five minutes in a nearly three-hour movie, he left not only an impression on the audience, but on his co-star as well. When Pitt accepted the Oscar for Best Supporting Actor, he thanked Moh specifically.

While Moh’s performance was universally praised, Tarantino’s depiction of Lee was met less enthusiastically from Lee’s family. Lee’s daughter Shannon called out the director on his "disrespectful" depiction of Lee as cocky and brash.

For his part, Moh understands Shannon’s position, but also understood the gravity of Lee’s position as one of the lone faces of Asian Americans in TV and film of the era and the fight he needed to have for that visibility.

"Even though he was kind of on his way to super stardom, he never got to experience how famous he became. So he was still fighting his way, trying to change the perception of what an Asian man is on screen representation-wise," Moh said. "So he had to be a little cocky and a little boastful, and that's what was so important to me. To see that, 'Oh, an Asian man doesn't have to be subservient or weak. You can be strong and confident and have a little attitude.'"

Moh still teaches his classes in Waunakee. He said after the premiere and awards season he’s "creatively hung over a little bit because I had just come off my dream role. So now I'm trying to figure out what is it that I really, really want to do."

"I've got a new belief in myself that I don't have to just do the action roles. I can do the drama roles, I could do comedy roles, I could do different things," said Moh. "Variety is the spice of life, and I'm excited at all the opportunities that may or may never come."