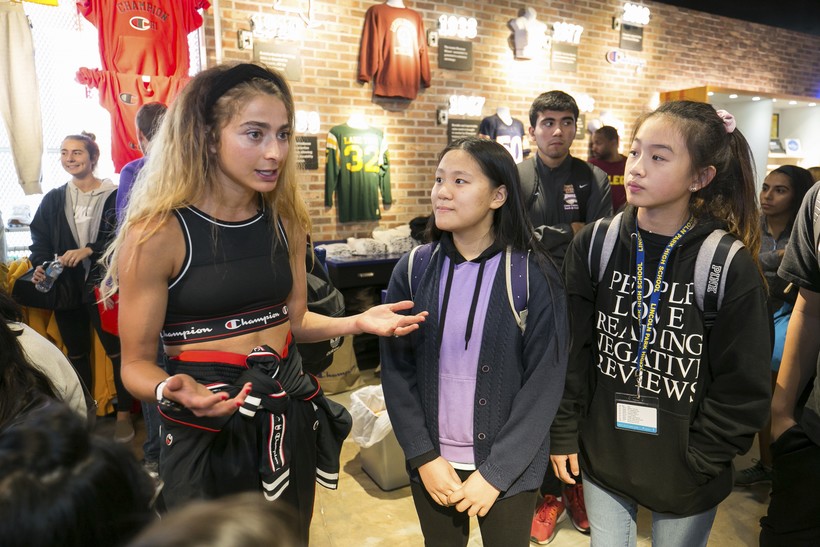 Pappas Is The Author Of 'Bravey: Chasing Dreams, Befriending Pain And Other Big Ideas'
By Mary Kate McCoy
Share:

As an Olympic athlete, Alexi Pappas is no stranger to working hard and chasing your dreams — but hers don’t stop at the Olympics. She’s also a filmmaker, actress and writer.

Pappas, a long distance runner who represented Greece in the 2016 Olympics, recently spoke with WPR’s "The Larry Meiller Show" about her new book, "Bravey: Chasing Dreams, Befriending Pain and Other Big Ideas," and the lessons she’s learned about mental health, confidence and embracing pain along the way.

Larry Meiller: The title of your book came from one of your poems, tell us where the word "bravey" comes from.

Bravey fit into that poem well, but I think the reason why it stuck is because when I was growing up, I chased many outward facing words. I wanted to be strong, I wanted to be pretty, I wanted to be fast. And those are all words that I presented to the world. And what bravey I think provides is that it's more inward facing and it's a relationship we have with ourselves. And we can simply choose to be a bravey.

LM: You had a tough start in your life. Your mom had a mental illness and took her own life when you were young, and then your dad raised you.

AP: I lost my mom when I was almost five. It was a challenging first few years in the world. What I experienced was observing someone in bad pain, and my perception at five years old of what she was going through, I just didn't understand it. And so I felt like maybe I didn't matter enough for her to stay.

That would come to really define my motivation because I felt like I really wanted to matter. And I think that took me to great heights, to be able to push through the pain of a race and make it to the Olympics certainly demands some pain tolerance. But I think what I had to learn and what I talk about in the book is that I can't solve an internal problem with an external solution. And I learned that the hard way with experiencing my own post-Olympic depression.

LM: You talk about attitude and pain when running. How is pain overcome?

AP: The first thing is to recognize when we're experiencing good pain versus bad pain. Good pain, I associate with sport, or with being in love, or chasing a dream. Bad pain is more like an injury or a mental health illness.

If it’s good pain, and we're simply trying to make the decision to keep putting one foot in front of the other, then it's OK and we can come to have a different relationship with it and expect it because any race, any dream we're chasing, anything we're doing in life is going to bring some bouts of pain.

What I've tried to do is shift from being offended by that pain to embracing it like an expected guest at my dinner party and understanding that pain is a sensation, not a threat if it's a good pain.

LM: The book is in part about your own struggle with depression after you competed in the Olympics in 2016. Do you remember when it clicked for you that what you were experiencing was depression?

AP: I truly think the vocabulary is everything. And I did not have the vocabulary to understand depression before I experienced it. I remember the narrative about my own mom taking her life was that she was so sick that she had to go. It was really sad to me and I didn't understand how it could be this foregone conclusion like that. And when I experienced these symptoms, I didn't recognize them as depression and I was afraid that if it was, then there would be no solution.

It was my dad who had seen my mom go through this and who recognized it in me. And he made me get help. I was already feeling really confused and blaming myself for what I was feeling because I thought that I needed to fix this by myself. And then I met this doctor and he told me quite simply that I was sick and had a scratch on my brain and that it was just like when you fall down rollerblading and you get a scratch on your knee. It would take time to heal, but it could heal just like any other body part. And it really clicked for me that my brain was a body part and that I could heal.

LM: Every chapter in your book has a takeaway message in it and in one, you talk about pursuing goals and dreams, including using your imagination and imitating others who have what you want.

AP: Admitting that we want something is one of the bravest things we can do because there's no guarantee that we’ll get it. That’s the first step, then it’s figuring out exactly what we do need and what we don't need to get to that goal.

If you have a dream of going to the Olympics, for example, and you're presented with one opportunity that provides a coach, trails to run on, running shoes and enough food to live. And another option is just like a really big paycheck. If you don't know exactly what you need, taking the paycheck is really tempting. But the truth is you don't need to be rich to get to the Olympics, you need to run well and have enough of those resources. The world is going to feed us a million other ideas about what we need.

A dream comes true very, very slowly and then all at once. A lot of it is unglamorous. It's on us to keep making the decisions that will be in our favor, including when we have a setback or an injury. Somehow we must use that time, so that our later selves will rewrite that history to be in our favor, like to always feel like a winner somehow, or that the universe is in our favor rather than a reason why our dream is impossible.

Olympic Runner Calls For More Training For The Brain, Not Just The Body In Athletes 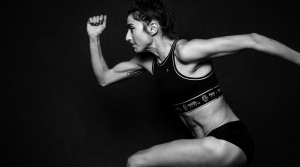 Olympic athlete Alexi Pappas joins the show to talk about the toll being an elite athlete can take on mental health and her own battle with depression. She also shares her tips for chasing dreams, befriending pain and being the best version of you.