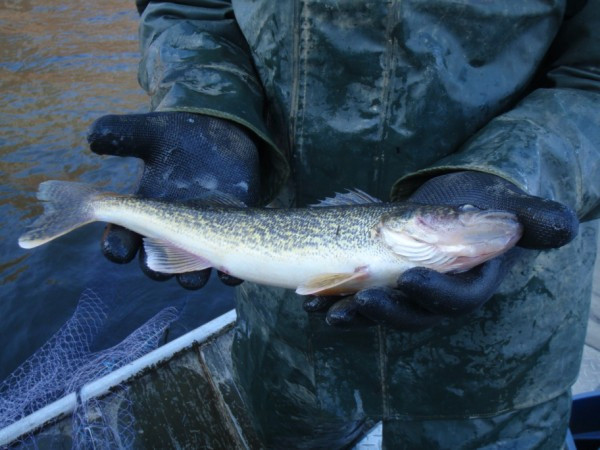 Ojibwe tribes in northern Wisconsin say they want the option of spearing a number of walleye this spring higher than what the tribes said they would harvest last year.

The number of fish actually taken in 2013 fell far short of tribal plans and could again this year.

The tribes, in their annual harvesting declaration for the ceded territory of the north, say they want the option of spearing more than 63,000 walleye – an amount that’s 5,000 higher than last year’s declaration. Last year’s declaration made some resort owners upset and led the Department of Natural Resources to put in tougher limits on non-tribal anglers. However, the tribes only wound up taking about 28,000 walleyes.

Sue Erickson of the Great Lakes Indian Fish and Wildlife Commission said cold and ice limited last year's harvest and could do so again.

“It was a very late spring last year and it made it difficult,” said Erickson. “We may run into those problems again this year, by the looks of it. But regardless of what the tribes take, the declaration is what the tribes would need.”

The declaration represents how much fish is needed to feed families, elders and other members of the community, Erickson says. She also says the fish harvesting also has cultural and spiritual meaning for the tribes.

In a brief meeting today the DNR Board authorized the agency to take additional steps to protect the fishery. The agency hasn't revealed any specific proposals or released bag limits yet, and DNR Secretary Cathy Stepp is pledging to cooperate with the Native Americans.

“We will certainly be working together with our (Ojibwe) tribal partners to achieve any changes that we might seek,” said Stepp.

Tribal leaders say the Ojibwe only spear about 10 percent of the overall fish harvest in the area of the ceded territory, roughly the northern third of Wisconsin.