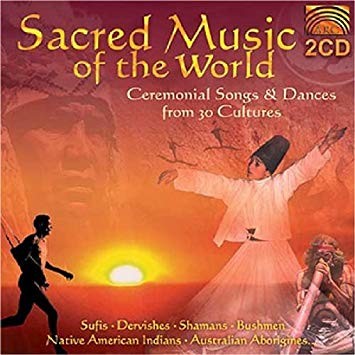 Øverby says "each program in the series is designed to illumine the Wisconsin Idea, inclusion,
and WPR’s commitment to edify and celebrate Wisconsin’s culturally diverse groups."

Programs will use the power of music and its potential to aid in the fostering of increased understanding of those who are different and, aims to illumine the commonalities and unique human expressions of those whose sacred, spiritual, religious, and/or communal traditions hold some of humanities deeply held ideas about life.

From my world travels as an ethnomusicologist, I have discovered that historically music has and continues to serve as a vehicle for expressing humanities most deeply held sentiments about life, love, tragedy, pain, suffering, joy, peace, love, evil, deities, goodness, and love.  And in nearly every major religion, including the vast number of all world religions, is the consistent directive and commitment to the value of being a welcoming religion to strangers.

The Holy Koran, The Torah, Buddhism, Christianity, Catholicism, Judaism, and on and on emphasize the ‘good’ treatment of strangers with adages on the value of treating the 'stranger' well and that such an act is not a voluntary act for followers, but rather it is from my investigation, expected and celebrated.

These travels also inspired the conclusion that “sacredness” exists in a hunting song, a song to celebrate a birth, the harvest season, indeed a higher deity, an animal, or a tree, a hill and even the gathering of women by a stream to wash their family’s clothes while singing old traditional songs of joy or remembrance.  Sacredness also exists when groups gather to lament life’s struggles or if songs mournfully grieve why their husbands are off too long at sea.  How could such be considered sacred you may ask?

My answer is this: if, for example, the expressions draw people together, represents longstanding memories, are positively good reasons, are connected to a group and their beliefs and traditions found within a group’s daily informal, formal or ritualistic expressions, these and many, many others I believe are sacred.  What’s more one may discover within such settings a group’s deeply held ideas about topics related to life, self, and others.

Additionally, many of the world’s sacred, spiritual, religious, and communal traditions offer encouraging possibilities on the power of varied music traditions to increase humanity’s understanding, empathy and respect for others.

Of course in the standard framework Sacred is applied to something or someone who is "revered" due to sanctity, religious individuals or groups as associated with divinity or are held worthy of a heightened level of tribute, respect, spiritual devotion, and are replete with inspiring awe or reverence among so-called practitioners, followers, and/or believers.  In review, no one person or collective is entitled to determine if another group’s traditional practices are or are not “sacred.”

Familiar axioms related to hospitality, love, and respect for the ‘stranger,’ meaning the person or group who is different exist in most sacred, religious, spiritual and communal groups.  By example, the sounding of various tones, rhythmic and vocal patterns and the like can reveal a group's sacred customs.

The mission of the series is in response to and not a reaction to the following:

“What people don't understand, they in some cases come to hate. What they hate they come to fear and what they fear, as history has shown, they marginalize and or ignore.  And, what they marginalize as we have seen, they kill” .
(this broader conceptualized adage is based in part on a quote by author Andrew Smith).

I have gleaned new insights from research, analysis, and investigative field exploration on various forms of world sacred music expressions.   These experiences also have informed me of the powerful in-group influence of many different 'sacred' genres. And though music is not the only pathway to reducing human hatred, I look forward to sharing my discoveries and learning moments - open to discourse, critique, and celebration in the spirit of ‘good community.

It is my hope that the series helps to cure the lingering disease of hatred linked to: "Exclusionary and polarizing nationalism, racism, gender discrimination, xenophobia, transphobia, and religious intolerance that continues to contribute to human hatred around the world – a condition that has existed since the beginning of time, in which humans have historically struggled to find a binding cure.  --Jonathan

The next program, Thursday, December 13, 2018, 11:00 am centers on Women In Music – An Historical Review in Narration and Song featuring a program of Celtic vocal works kept alive by women whose determination, as tradition bearers, inspires us to reexamine the definition of "sacred."

The program features Sheila (Síle) Shigley with guest artist, Amy Curl.  Shigley was raised in Kowloon, Hong Kong where nestled beneath majestic High Junk Peak in jungled hills overlooking the South China Sea, a tightly-knit missionary community spent a good deal of time engaged in musical pursuits, including spirited hymn singing. Sheila’s family was particularly fond of early American hymns - many with deep roots in the old Celtic song traditions. Her interest in Celtic music was rekindled in the early 1980’s when she discovered WPR’s broadcasts of Simply Folk and The Thistle & Shamrock. Hearing Moya Brennan of Clannad sing an old traditional song in Irish Gaelic, Síle’s life was 'forever changed.' (In a fit of Celtic passion, she even returned the spelling of her name to its earlier Gaelic form, causing mass confusion among family and the public in general.) Síle continues to research, perform, and adore the mesmerizing musical traditions of Ireland, Scotland, Wales, Brittany, Cornwall and the Isle of Man. She considers herself beyond fortunate to now work for WPR’s Simply Folk, where she enjoys programming a wide range of genres and traditions for Wisconsin’s fantastic folk music audience.

Watch here for details on how you can reserve your ticket to this program -  free and open to all.